To combat the rise of an international authoritarian axis, we need an international progressive movement that mobilizes behind a vision of shared prosperity, security and dignity, and that addresses the global inequality in wealth and political power 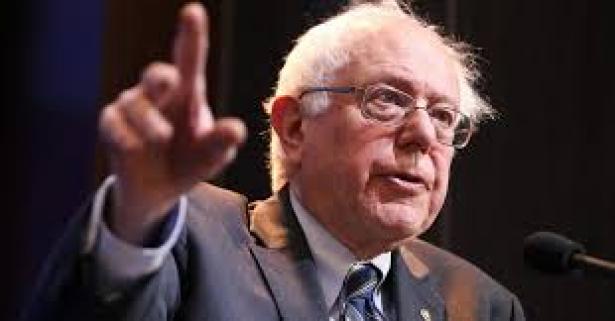 There is a global struggle taking place of enormous consequence. Nothing less than the future of the planet – economically, socially and environmentally – is at stake.

At a time of massive wealth and income inequality, when the world’s top 1% now owns more wealth than the bottom 99%, we are seeing the rise of a new authoritarian axis.

While these regimes may differ in some respects, they share key attributes: hostility toward democratic norms, antagonism toward a free press, intolerance toward ethnic and religious minorities, and a belief that government should benefit their own selfish financial interests. These leaders are also deeply connected to a network of multi-billionaire oligarchs who see the world as their economic plaything.

Those of us who believe in democracy, who believe that a government must be accountable to its people, must understand the scope of this challenge if we are to effectively confront it.

It should be clear by now that Donald Trump and the rightwing movement that supports him is not a phenomenon unique to the United States. All around the world, in Europe, in Russia, in the Middle East, in Asia and elsewhere we are seeing movements led by demagogues who exploit people’s fears, prejudices and grievances to achieve and hold on to power.

This trend certainly did not begin with Trump, but there’s no question that authoritarian leaders around the world have drawn inspiration from the fact that the leader of the world’s oldest and most powerful democracy seems to delight in shattering democratic norms.

Three years ago, who would have imagined that the United States would stay neutral between Canada, our democratic neighbor and second largest trading partner, and Saudi Arabia, a monarchic, client state that treats women as third-class citizens? It’s also hard to imagine that Israel’s Netanyahu government would have moved to pass the recent “nation state law”, which essentially codifies the second-class status of Israel’s non-Jewish citizens, if Benjamin Netanyahu didn’t know Trump would have his back.

All of this is not exactly a secret. As the US continues to grow further and further apart from our longtime democratic allies, the US ambassador to Germany recently made clear the Trump administration’s support for rightwing extremist parties across Europe.

In addition to Trump’s hostility toward democratic institutions we have a billionaire president who, in an unprecedented way, has blatantly embedded his own economic interests and those of his cronies into the policies of government.

Other authoritarian states are much farther along this kleptocratic process. In Russia, it is impossible to tell where the decisions of government end and the interests of Vladimir Putin and his circle of oligarchs begin. They operate as one unit. Similarly, in Saudi Arabia, there is no debate about separation because the natural resources of the state, valued at trillions of dollars, belong to the Saudi royal family. In Hungary, far-right authoritarian leader Viktor Orbán is openly allied with Putin in Russia. In China, an inner circle led by Xi Jinping has steadily consolidated power, clamping down on domestic political freedom while it aggressively promotes a version of authoritarian capitalism abroad.

We must understand that these authoritarians are part of a common front. They are in close contact with each other, share tactics and, as in the case of European and American rightwing movements, even share some of the same funders. The Mercer family, for example, supporters of the infamous Cambridge Analytica, have been key backers of Trump and of Breitbart News, which operates in Europe, the United States and Israel to advance the same anti-immigrant, anti-Muslim agenda. Republican megadonor Sheldon Adelson gives generously to rightwing causes in both the United States and Israel, promoting a shared agenda of intolerance and illiberalism in both countries.

The truth is, however, that to effectively oppose rightwing authoritarianism, we cannot simply go back to the failed status quo of the last several decades. Today in the United States, and in many other parts of the world, people are working longer hours for stagnating wages, and worry that their children will have a lower standard of living than they do.

Our job is to fight for a future in which new technology and innovation works to benefit all people, not just a few. It is not acceptable that the top 1% of the world’s population owns half the planet’s wealth, while the bottom 70% of the working age population accounts for just 2.7% of global wealth.

Together governments of the world must come together to end the absurdity of the rich and multinational corporations stashing over $21tn in offshore bank accounts to avoid paying their fair share of taxes and then demanding that their respective governments impose an austerity agenda on their working families.

It is not acceptable that the fossil fuel industry continues to make huge profits while their carbon emissions destroy the planet for our children and grandchildren.

It is not acceptable that a handful of multinational media giants, owned by a small number of billionaires, largely control the flow of information on the planet.

It is not acceptable that trade policies that benefit large multinational corporations and encourage a race to the bottom hurt working people throughout the world as they are written out of public view.

It is not acceptable that, with the cold war long behind us, countries around the world spend over $1tn a year on weapons of destruction, while millions of children die of easily treatable diseases.

In order to effectively combat the rise of the international authoritarian axis, we need an international progressive movement that mobilizes behind a vision of shared prosperity, security and dignity for all people, and that addresses the massive global inequality that exists, not only in wealth but in political power.

Such a movement must be willing to think creatively and boldly about the world that we would like to see. While the authoritarian axis is committed to tearing down a post-second world war global order that they see as limiting their access to power and wealth, it is not enough for us to simply defend that order as it exists now.

We must look honestly at how that order has failed to deliver on many of its promises, and how authoritarians have adeptly exploited those failures in order to build support for their agenda. We must take the opportunity to reconceptualize a genuinely progressive global order based on human solidarity, an order that recognizes that every person on this planet shares a common humanity, that we all want our children to grow up healthy, to have a good education, have decent jobs, drink clean water, breathe clean air and live in peace.

Our job is to reach out to those in every corner of the world who share these values, and who are fighting for a better world.

In a time of exploding wealth and technology, we have the potential to create a decent life for all people. Our job is to build on our common humanity and do everything that we can to oppose all of the forces, whether unaccountable government power or unaccountable corporate power, who try to divide us up and set us against each other. We know that those forces work together across borders. We must do the same.

Bernie Sanders is a US Senator from Vermont

Get The Guardian. Help to deliver the independent journalism the world needs.