According to CNN and one of most widely-used research databases on police criminality, police in the U.S. received 1260 sexual assault charges in a nine-year period, including 405 rapes, 636 acts of sexual fondling and 219 acts of forcible sodomy.

October 29, 2018 Michael Harriot The Root
Printer friendly
Cops Sexually Assault At Least 100 Women Every Year and No One Talks About It Published October 29, 2018 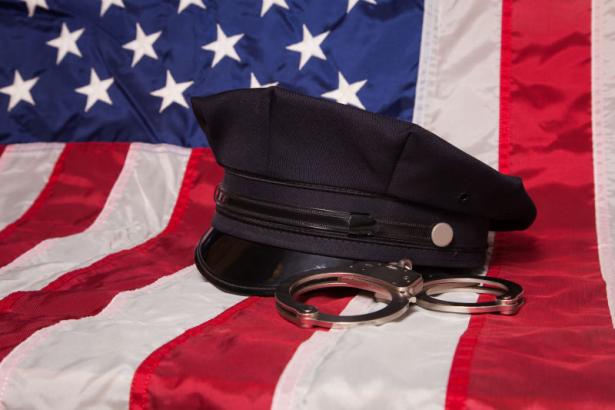 When discussing America’s police state, we often talk about “black bodies.” The conversation is peppered with words like “brutality” and “police violence.” But no one talks about another brutal act of violence committed by law enforcement figures. We have known about it for years but have mostly overlooked it. Everyone—including this writer—has the information but rarely report it.

According to CNN and one of the most widely-used research databases on police criminality, police in the U.S. received 1260 sexual assault charges in a nine-year period, including 405 rapes, 636 acts of sexual fondling and 219 acts of forcible sodomy.

That’s only what we know of.

While this sounds detestable, these are just the reported cases that resulted in an officer being charged. Even worse, CNN didn’t stumble across this information—it was widely available to anyone with an internet connection.

Before outlets like the Washington Post and the Guardian created their databases for police killings, perhaps the best authority on the subject was Phillip Stinson at Bowling Green University. He did it first and still might have the most comprehensive research on crimes committed by law enforcement. It was a go-to for me when writing about police killings.

The Henry A. Wallace Police Crime Database covers the period between 2005 and 2013, so journalists who wanted more recent numbers used other sources. While Stinson’s research was used to report on police shootings, it also includes a broad range of crimes. It’s astounding to see the number of officers who are charged with sex crimes every year. Here are some startling numbers:

This is likely the tip of the iceberg. The numbers don’t include federal law enforcement officers; officers who committed an act but weren’t reported or officers who were reported but weren’t charged. The database also only includes the agencies who reported that one of their officers was arrested for a sex crime. Many agencies don’t bother reporting at all.

The Rape, Abuse and Incest National Network says only 31 percent of rapes are reported, with a scant 5.7 percent leading to arrest. According to RAINN, only 6 out of every 1000 rapists will ever be convicted for their crimes.

Now imagine that the perpetrator is a law enforcement officer with a badge, gun, and the full authority of the state.

In 2015, Oklahoma City officer Daniel Holtzclaw was sentenced to 263 years in prison for raping African-American women. Two NYPD officers were charged with raping an 18-year-old in 2017. Just this week, a Maryland police officer was charged with raping a woman during a traffic stop.

After she reportedly rebuffed his advances, McIntyre says Golubski threatened revenge. A few years later, Golubski arrested her son for a double murder. There was no murder weapon, no evidence, no connection between the victims and McIntyre’s son.

Lamont McIntyre spent 23 years in prison until he was released in 2017.

Golubski is retired. He has never been charged with a sex crime.