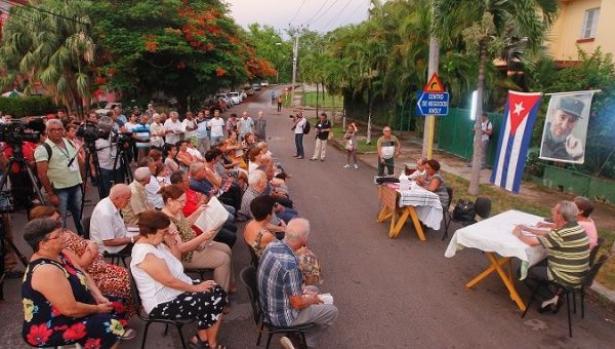 Cubans participate in a debate to discuss the text of the proposed new constitution to vote on in a referendum next year,TeleSUR | Photo: EFE

A Letter to Brazil

It’s amazing to many of us here in the Philippines how similar Bolsonaro is to our president, Rodrigo Duterte.

Simmering rural resentment helped to turn two crucial national elections, in 2004 and 2014. Now, we have entered another phase of open protests by farmers.

Copies of the proposed constitution went on sale the first week of August for the equivalent of about US 4 cents, the cost of a local newspaper. Free copies are available on the internet. The comment period is from Aug 13 to Nov 15, after which a referendum is expected early next year.

QS has an excellent opportunity to take on the mantle of the real people’s opposition in parliament, further consolidate its links with the popular movements, and grow its influence across the province.

Thousands of women members of Unison and GMB led a march from Glasgow Green to the City Chambers in George Square, chanting: “What do we want? Equal pay! When do we want it? Now!”