India and Zimbabwe: National Strikes, Germany and Nepal: The Fate of the Left, Sudan and Bangladesh: Showdowns With Power 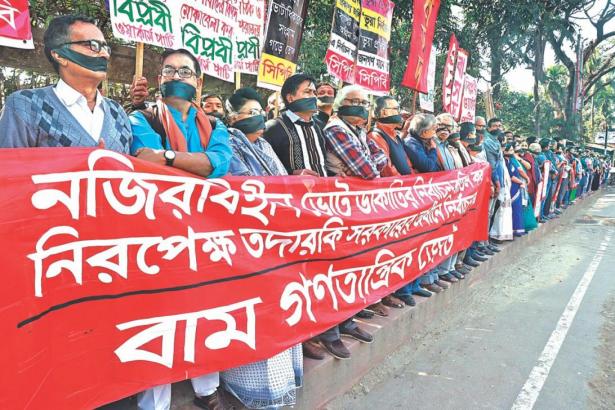 Most parts of India faced a shutdown due to the government workers, trade unions, and bankers associations protests against anti-labour policies and unilateral watering down of labourers' rights by the BJP-led NDA government.

It's uphill for all the left opposition parties.

__________
Sudan: Protesters and President at Loggerheads

Anti-government protests continue across Sudan, as President Omar al-Bashir refuses to step down.

Despite the popularity of the left, even the unification of the largest parties leaves big problems to resolve.

Teachers and doctors in Zimbabwe have among the lowest pay rates in the world for their professions.

Voting was meaningless in the 11th national election, well-orchestrated by Awami League to get its desired outcome, according to Left Democratic Alliance, comprised of eight left-leaning parties.