The police consent decree fails to make amends to African-American young people, who are both most harmed by the department and a driving force in a city on the cusp of a historic change in leadership. 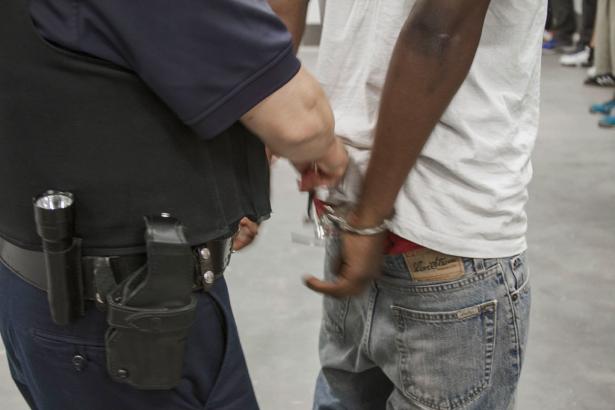 Chicago made history last week. Two African-American women are now advancing to a runoff election that will decide who will be Chicago’s next mayor. This is not the only watershed, however. It also coincides with a potential turning point in the city’s treatment of longstanding issues of race, policing, and criminal justice.

It must be recognized, however, that many of the most compelling reforms proposed in that agreement—among them, reporting requirements for every time an officer points a gun at someone, and guidelines for how police should interact with people with disabilities and LGBTQI individuals—exist because those most affected protested and litigated to have them included.

Today, the necessity for collective struggle continues. The consent decree alone does not go far enough, particularly on issues of reparation.

For instance, a coalition of city activist and community groups publicly noted that while the reform plan includes a number of important counseling service provisions for police officers who have experienced trauma, no such services are outlined for civilians impacted by police violence.

In a sense, the reality that Chicago will name a African-American woman as its next mayor contradicts another reality: the city’s disregard for young black lives.

But the city’s neglect of wrongdoing reverberates far beyond that. Daily, systemic racism in Chicago’s police department has imperiled the health and life outcomes of specific groups—notably African-American young people. This is a population all but invisible in the consent decree and to whom the city has made no amends.

Data from the Chicago Tribune shows that about 60 percent of those shot by police between 2010 and 2015 were black young people between the ages of  12 and 30. In fact, young adult-aged black women and men are 10 and 14 times more likely to experience police uses of force compared to their white peers according to the Citizens Police Data Project.

And just in the year 2014, about 40 percent of adults stopped and questioned and 40 percent of those arrested by police were black young adults between the ages of 18 and 30—totaling more than 241,000 police stops and 43,000 arrests.

These data reveal a simple truth: Chicago’s young black population is perhaps the most affected demographic when it comes to policing. Yet there is no clear articulation of how to remedy this injustice, even as thousands upon thousands of black young adults are criminalized and locked out of gainful employment and government benefits every year due to the unequal application of felony convictions. (For instance, among Cook County juveniles arrested on drug offenses in 2011, about half of black youth were charged with a felony compared to fewer than 10 percent of their white peers.)

Chicago’s consent decree, by its very nature, is silent about the staggering harms done to this young population. Rather, the agreement leans heavily on community policing efforts that, according to the activist organization We Charge Genocide, mobilize “self-selecting” groups of residents to surveil often black and brown young people in their communities.

What’s at stake in Chicago and across the country with respect to police reform is therefore not only a matter of criminal justice. It’s a matter of social and economic justice for present and future generations of black people—one that will require greater moral and political will from both the public and the new city leadership.

In a sense, the reality that Chicago will name a African-American woman as its next mayor contradicts another reality: the city’s disregard for young black lives.

But at the same time, the new direction in Chicago’s mayoral race also presents a political opportunity to name and transform this reality.

Today, there exists another case for reparations in Chicago. The city owes a moral debt specifically to generations of young black people: a debt Chicago’s city government has yet to address, much less fully acknowledge. But also a debt that reaches far beyond unjust policing to widespread unemploymentand massive disparate impacts in school closures and public housing displacement.

On its own, Chicago’s consent decree does little to make amends to young black people who have been robbed of life and opportunity at the hands of police. It cannot be the policy on which people place their hopes and expectations. Instead, all of us—the incoming mayor included—would do well to understand the decree as one outcome of a social movement pushing for full public acknowledgement and accountability with regard to unjust policing. When we center the circumstances of young black people in the city, we witness the unfinished business of that movement.

David J. Knight is completing his PhD in political science at the University of Chicago, where he focuses on issues of race and justice in the lives of young African Americans. He lives in Chicago and works closely with the Invisible Institute.

Founded on the heels of the civil rights movement of the 1960s, The Chicago Reporter confronts racial and economic inequality, using the power of investigative journalism. Our mission is national but grounded in Chicago, one of the most segregated cities in the nation and a bellwether for urban policies.