In its decision to approve two drugs for orange and grapefruit trees, the E.P.A. largely ignored objections from the C.D.C. and the F.D.A., which fear that expanding their use in cash crops could fuel antibiotic resistance in humans. 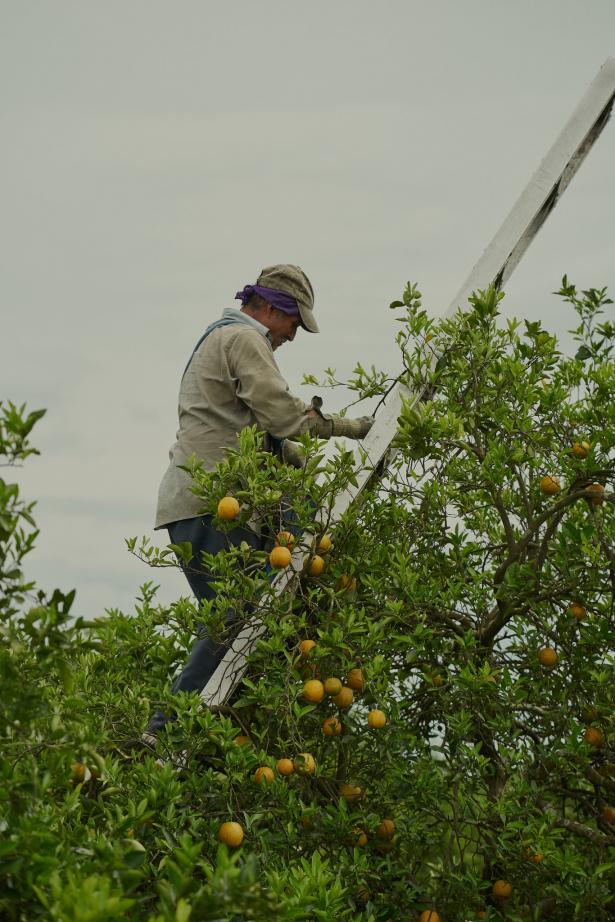 ZOLFO SPRINGS, Fla. — A pernicious disease is eating away at Roy Petteway’s orange trees. The bacterial infection, transmitted by a tiny winged insect from China, has evaded all efforts to contain it, decimating Florida’s citrus industry and forcing scores of growers out of business.

In a last-ditch attempt to slow the infection, Mr. Petteway revved up his industrial sprayer one recent afternoon and doused the trees with a novel pesticide: antibiotics used to treat syphilis, tuberculosis, urinary tract infections and a number of other illnesses in humans.

“These bactericides give us hope,” said Mr. Petteway’s son, R. Roy, 33, as he watched his father treat the family’s trees, some of them 50 years old. “Because right now, it’s like we’re doing the doggy paddle without a life preserver and swallowing water.”

Since 2016, the Environmental Protection Agency has allowed Florida citrus farmers to use the drugs, streptomycin and oxytetracycline, on an emergency basis, but the agency is now significantly expanding their permitted use across 764,000 acres in California, Texas and other citrus-producing states. The agency approved the expanded use despite strenuous objections from the Food and Drug Administrationand the Centers for Disease Control and Prevention, which warn that the heavy use of antimicrobial drugs in agriculture could spur germs to mutate so they become resistant to the drugs, threatening the lives of millions of people. 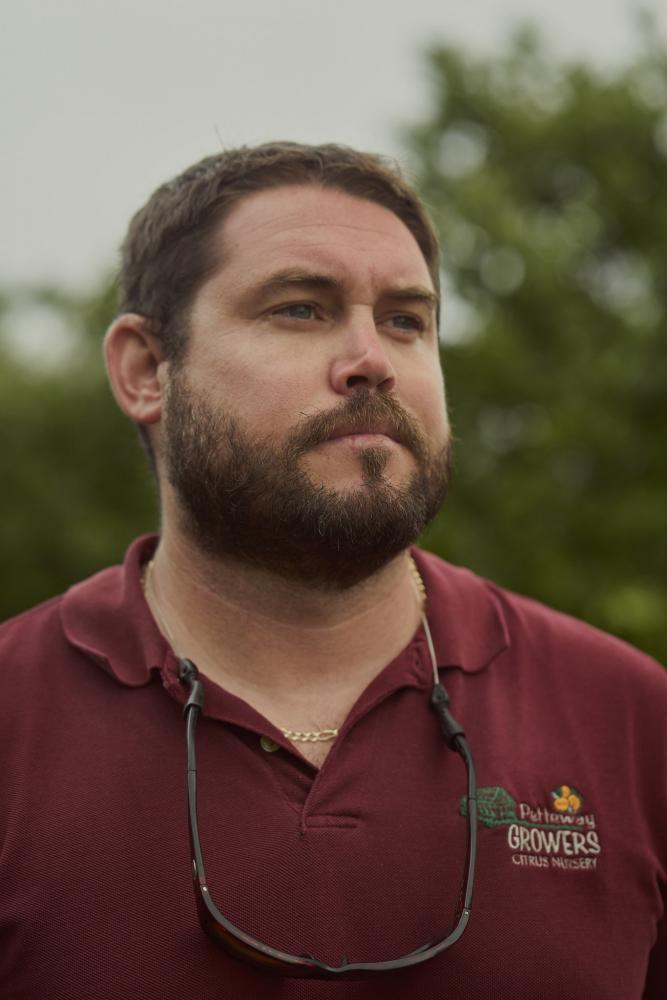 R. Roy Petteway, a fourth-generation citrus grower on his family’s ranch. He sprays because “these trees are our livelihood and our future,” he says. Michael Adno 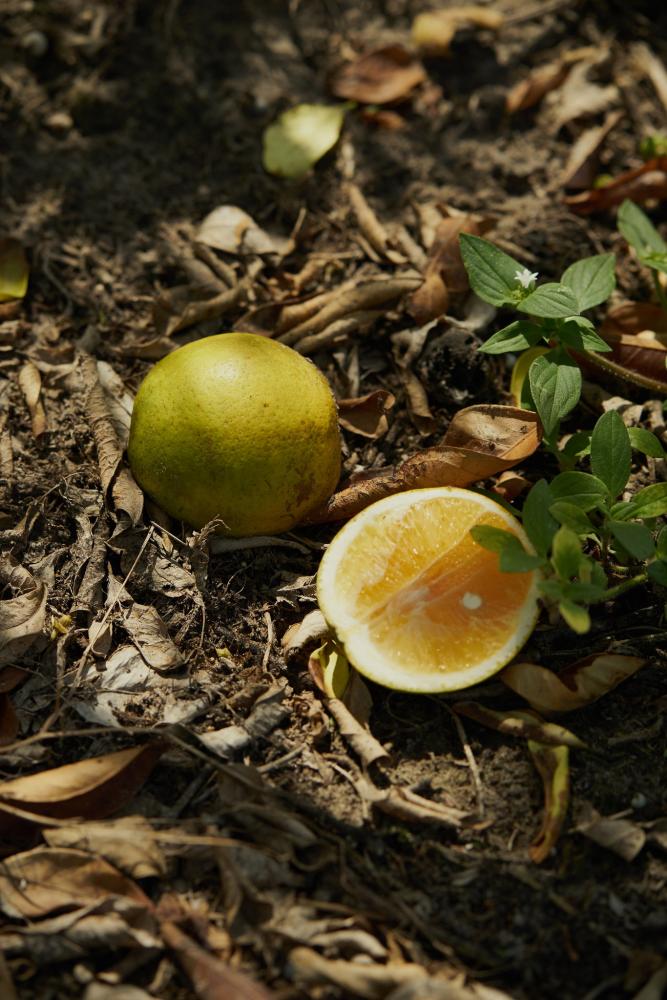 An infected piece of fruit with signs of citrus greening disease. Its bitter-tasting juice made it unsellable. Michael Adno 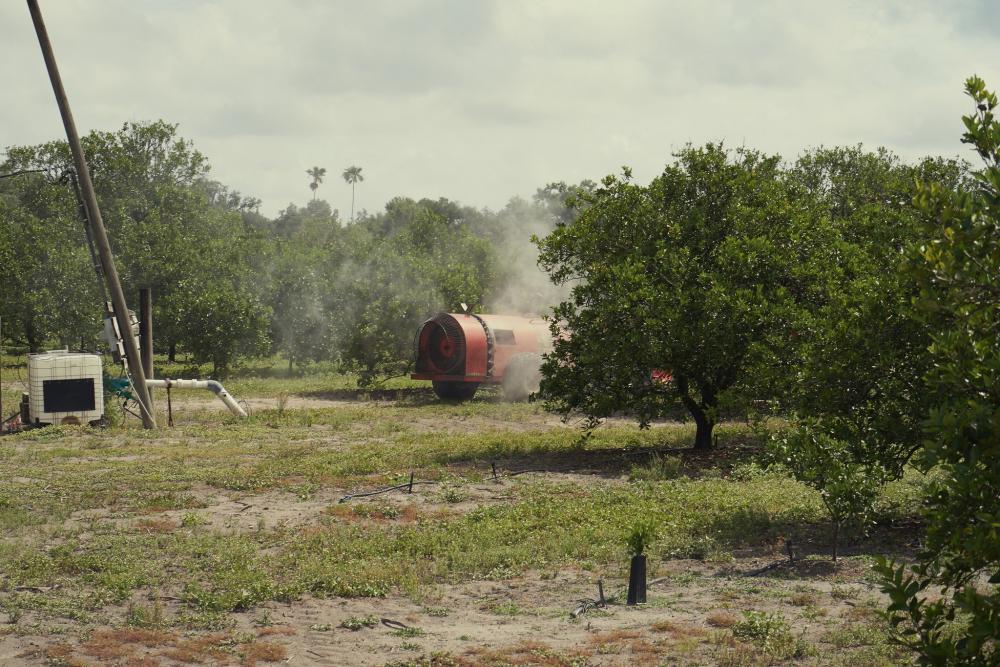 The European Union has banned the agricultural use of both streptomycin and oxytetracycline. So, too, has Brazil, where orange growers are battling the same bacterial scourge, called huanglongbing, also commonly known as citrus greening disease.

“To allow such a massive increase of these drugs in agriculture is a recipe for disaster,” said Steven Roach, a senior analyst for the advocacy group Keep Antibiotics Working. “It’s putting the needs of the citrus industry ahead of human health.”

But for Florida’s struggling orange and grapefruit growers, the approvals could not come soon enough. The desperation is palpable across the state’s sandy midsection, a flat expanse once lushly blanketed with citrus trees, most of them the juice oranges that underpin a $7.2 billion industry employing 50,000 people, about 40,000 fewer than it did two decades ago. These days, the landscape is flecked with abandoned groves and scraggly trees whose elongated yellow leaves are a telltale sign of the disease.

Mr. Petteway says the antibiotics have helped bring many of his trees back to life.

“They used to have pneumonia, but now it’s like they have a cold,” he said, tugging on the waxy, bright green leaf of a tree thick with embryonic, gumball-size fruit.

A temporary approval of the drugs was issued under President Barack Obama, but in December, under President Trump, the E.P.A. gave final approval for a much broader use of oxytetracycline. The agency has also proposed the expanded use of streptomycin under similar terms.

The decision paves the way for the largest use of medically important antibiotics in cash crops, and it runs counter to other efforts by the federal government to reduce the use of lifesaving antimicrobial drugs. Since 2017, the F.D.A. has banned the use of antibiotics to promote growth in farm animals, a shift that has led to a 33 percent drop in sales of antibiotics for livestock.

The use of antibiotics on citrus adds a wrinkle to an intensifying debate about whether the heavy use of antimicrobials in agriculture endangers human health by neutering the drugs’ germ-slaying abilities. Much of that debate has focused on livestock farmers, who use 80 percent of antibiotics sold in the United States.

Although the research on antibiotic use in crops is not as extensive, scientists say the same dynamic is already playing out with the fungicides that are liberally sprayed on vegetables and flowers across the world. Researchers believe the surge in a drug-resistant lung infection called aspergillosis is associated with agricultural fungicides, and many suspect the drugs are behind the rise of Candida auris, a deadly fungal infection. 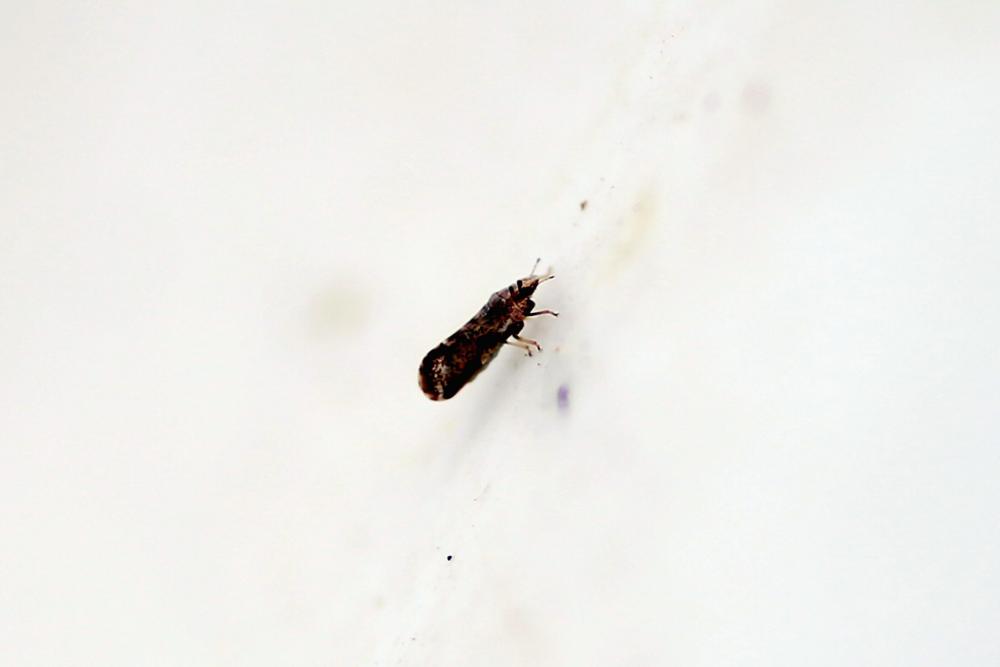 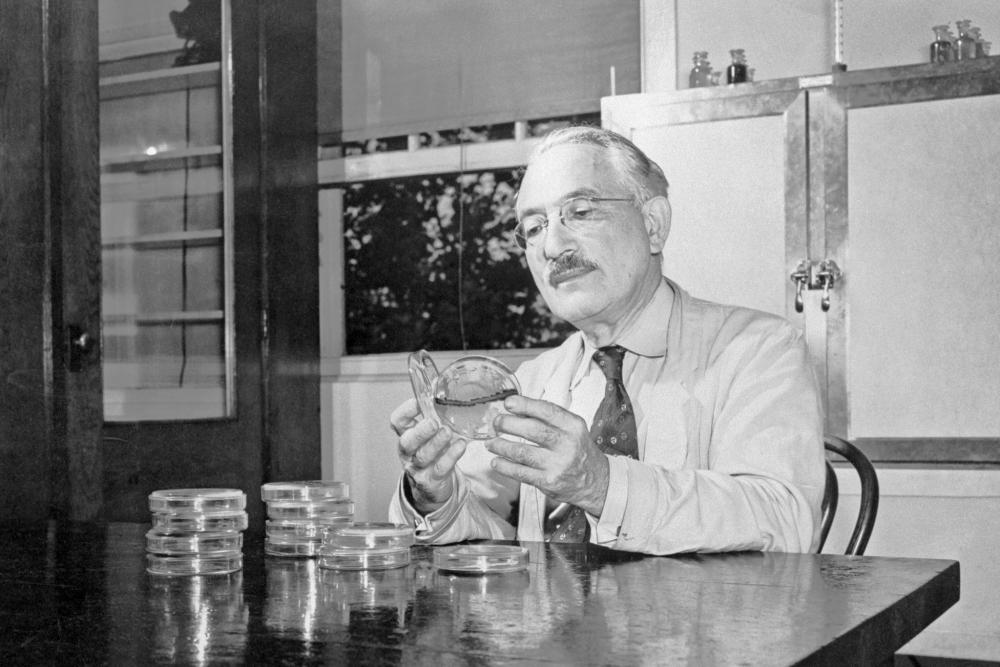 Dr. Selman A. Waksman was awarded the Nobel Prize for medicine for his work discovering streptomycin in 1952. Credit Bettmann/Getty Images

Drug-resistant infections kill 23,000 Americans each year and sicken two million, according to the C.D.C. As more germs mutate, the threat is growing. With few new medicines in the pipeline, the United Nationssays resistant infections could claim 10 million lives globally by 2050, exceeding deaths from cancer.

Antibiotics sprayed on crops can affect farm workers or people who directly consume contaminated fruit, but scientists are especially worried that the drugs will cause pathogenic bacteria in the soil to become resistant to the compounds and then find their way to people through groundwater or contaminated food. The other fear is that these bacteria will share their drug-resistant mechanisms with other germs, making them, too, impervious to other kinds of antibiotics.

In its evaluation for the expanded use of streptomycin, the E.P.A., which largely relied on data from pesticide makers, said the drug quickly dissipated in the environment. Still, the agency noted that there was a “medium” risk from extending the use of such drugs to citrus crops, and it acknowledged the lack of research on whether a massive increase in spraying would affect the bacteria that infect humans.

“The science of resistance is evolving and there is a high level of uncertainty in how and when resistance occurs,” the agency wrote.

Since its arrival in Florida was first confirmed in 2005, citrus greening has infected more than 90 percent of the state’s grapefruit and orange trees. The pathogen is spread by a tiny insect, the Asian citrus psyllid, that infects trees as it feeds on young leaves and stems, but the evidence of disease can take months to emerge. Infected trees prematurely drop their fruit, most of it too bitter for commercial use.

Officials say it is too early to know how many farmers will embrace the spraying of antibiotics. Interviews with a dozen growers and industry officials suggest many farmers are waiting to see whether the regimen is effective.

The E.P.A. acknowledged that the volume of spraying could soar if the scourge reaches California’s commercial orange groves. More than 1,000 trees in the Los Angeles basin, most of them in residential backyards, have been infected so far this year, a doubling from the same period last year.

Jim Adaskaveg, a plant pathologist at the University of California, Riverside, who does consulting work for the California citrus council, supports using antibiotics in agriculture. He noted that the government has long approved use of smaller amounts of streptomycin and oxytetracycline to manage a destructive bacterial disease that infects apple and pear crops. 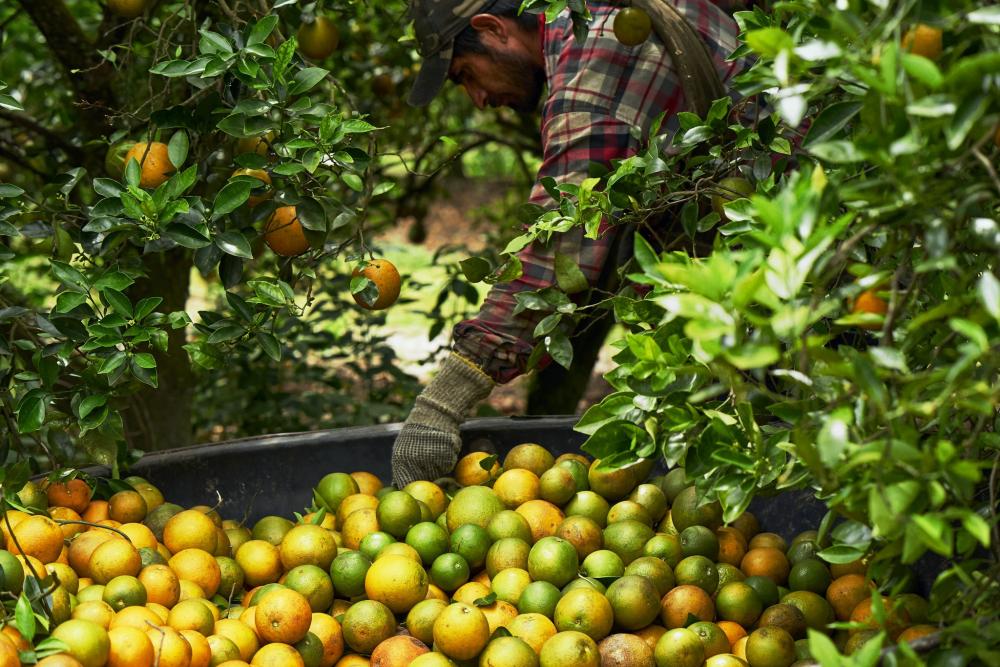 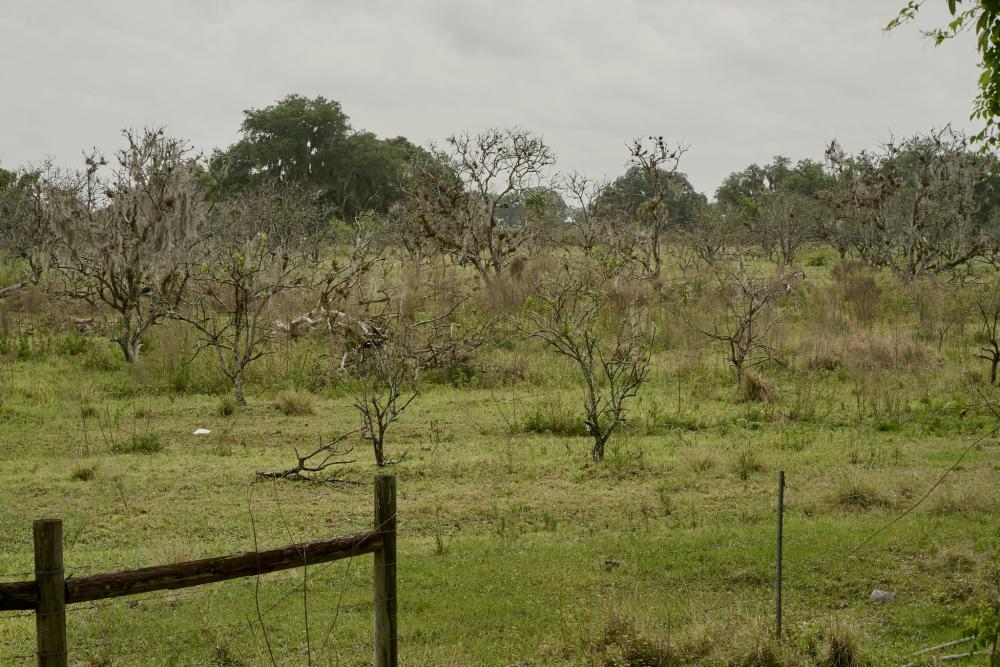 Because the E.P.A. prohibits their application 40 days before harvest, he said there was little chance consumers would ingest the drugs. “We’ve been safely using them for decades,” he said.

Taw Richardson, the chief executive of ArgoSource, which makes the antibiotics used by farmers, said the company has yet to see any resistance in the 14 years since it began selling bactericides. “We don’t take antibiotic resistance lightly,” he said. “The key is to target the things that contribute to resistance and not get distracted by things that don’t.”

Many scientists disagree with such assessments, noting the mounting resistance to both drugs in humans. They also cite studies suggesting that low concentrations of antibiotics that slowly seep into the environment over an extended period of time can significantly accelerate resistance.

Scientists at the C.D.C. were especially concerned about streptomycin, which can remain in the soil for weeks and is allowed to be sprayed several times a season. As part of its consultation with the F.D.A., the C.D.C. conducted experiments with the two drugs and found widespread resistance to them.

Although the Trump administration has been pressing the E.P.A. to loosen regulations, Nathan Donley, a senior scientist at the Center for Biological Diversity, said the agency’s pesticides office had a long track record of favoring the interests of chemical and pesticide companies. “What’s in the industry’s best interest will win out over public safety nine times out of 10,” he said.

A spokesman for the E.P.A. said the agency had sought to address the C.D.C.’s and F.D.A.’s concerns about antibiotic resistance by ordering additional monitoring and by limiting its approvals to seven years.

Still, it remains unclear whether the drugs even work on crops. Graciela Lorca, a molecular biologist at the University of Florida and an expert on citrus greening, said she is not convinced. In the absence of peer-reviewed studies, she and other researchers have largely relied on anecdotal evidence from growers who have reported some improvement after applying the drugs.

“Right now it’s a desperate measure for sure,” she said.

One recent afternoon, Kenny Sanders drove through his groves of Valencia and Hamin oranges and pointed out ailing trees adorned with the strips of pink tape that mark them for destruction.

“That’s the kiss of death,” Mr. Sanders, a former rodeo performer and cattle rustler, said in a jaunty twang. “Used to be if you had 40 acres, you’d drive a Cadillac and send your kids to college. Not anymore.” 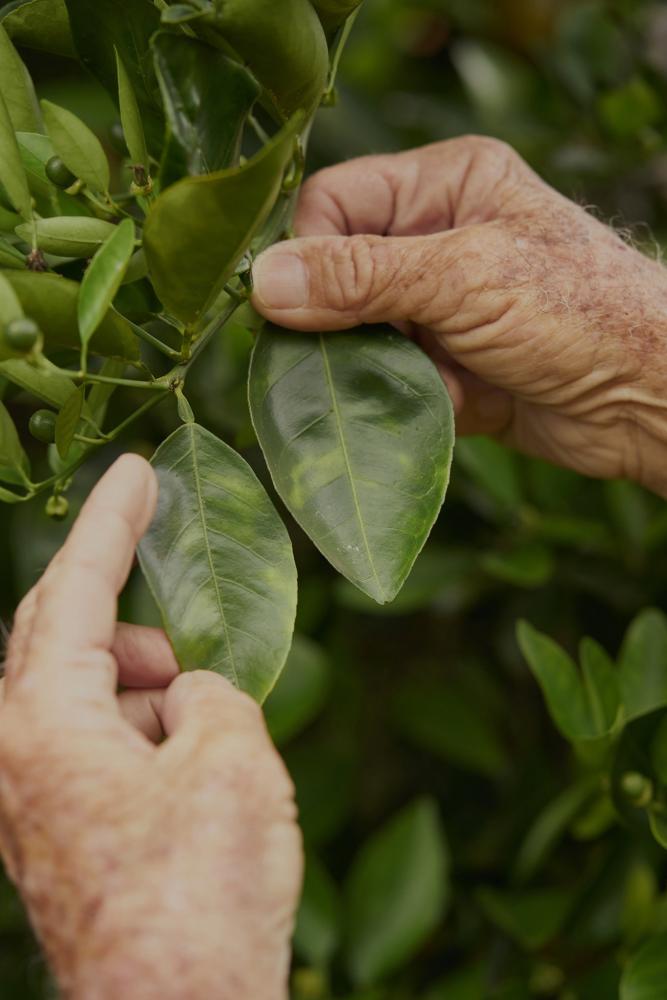 Striation and yellowing on the leaves indicated signs of citrus greening disease. Credit Michael Adno for The New York Times 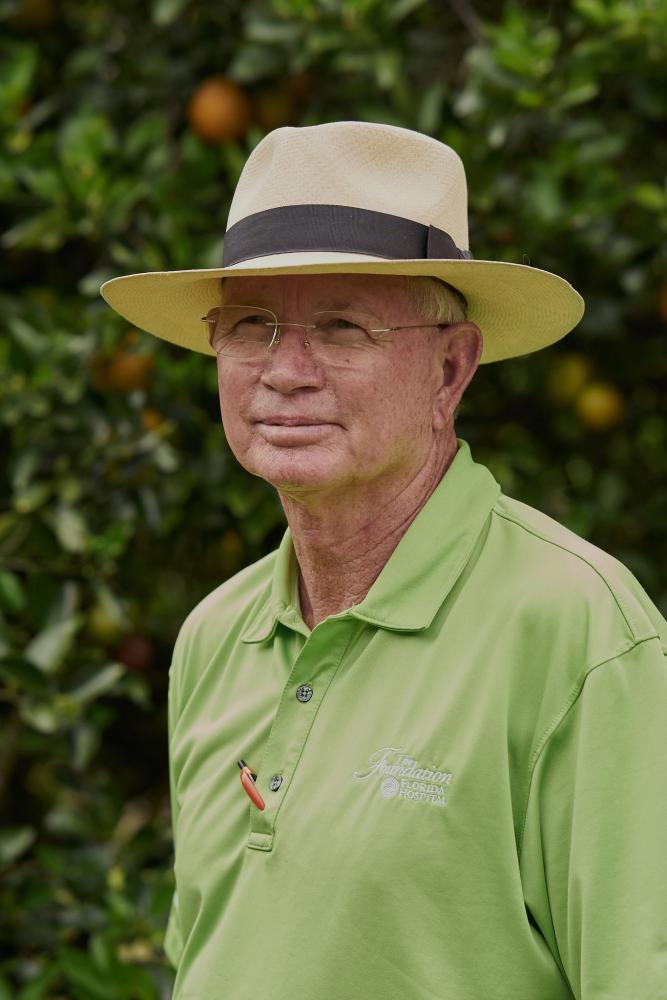 Kenny Sanders bought his first grove in Zolfo Springs in 1988. He tried spraying bactericide for a while but stopped, mainly because of the cost. Credit Michael Adno for The New York Times 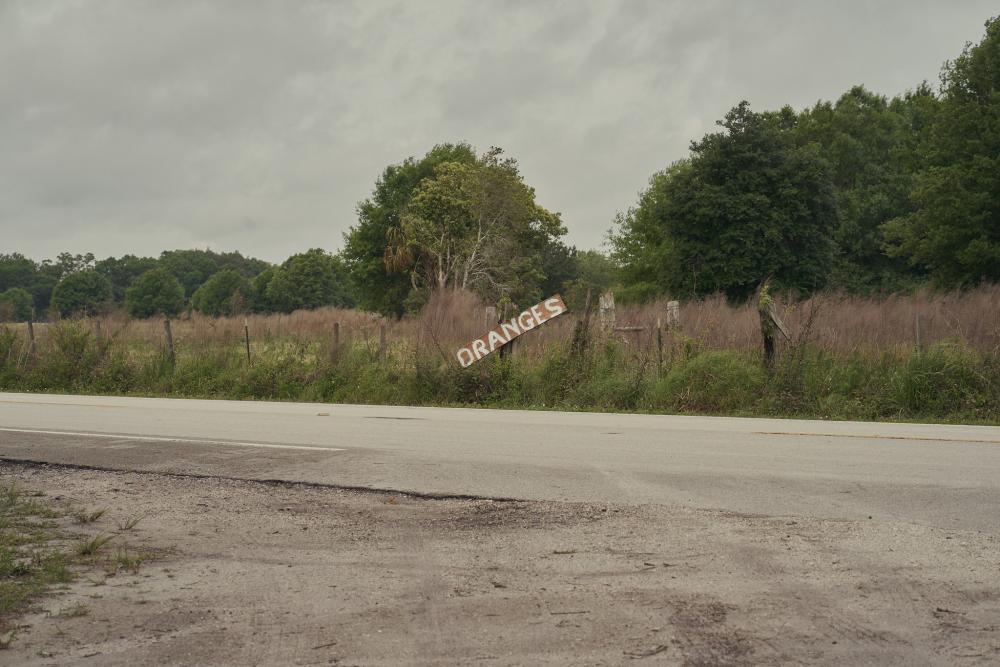 He said he tried using antibiotics for one season, but gave up after seeing little improvement. Cost, he added, was the main reason hedidn’t continue spraying.

In the meantime, he and many other growers have embraced a range of remedies: tearing out trees at the first sign of disease and planting new stock bred to better withstand the bacteria. He also regularly feeds his trees a precision blend of micronutrients, a coddling he says helps them withstand the disease.

Roy Petteway does all of the above, too, but he believes that the spraying is worth the expense. Soft-spoken and contemplative, he considers himself a environmentalist and though he worries about antibiotic resistance, he puts his faith in the E.P.A. and its determination that the risks of spraying are minimal. He sees it as a stopgap measure that can help his trees survive until researchers develop disease-resistant stock or more effective treatments.

As a fourth-generation grower, Mr. Petteway has more pressing concerns than the relatively abstract threat of antibiotic resistance.

“These trees are our livelihood and our future,” he said. “And I’ve got to make sure all of this is here for my children and grandchildren.”

Andrew Jacobs, a reporter with the Health and Science desk of The Times based in New York, previously reported from Beijing and Brazil. He also worked as a Metro reporter, with stints at the Style section and the National desk, covering the American South. His reporting for The Times has included such varied topics as the presidential campaign, the aftermath of the earthquake in China and the lead up to the 2008 Summer Olympics.