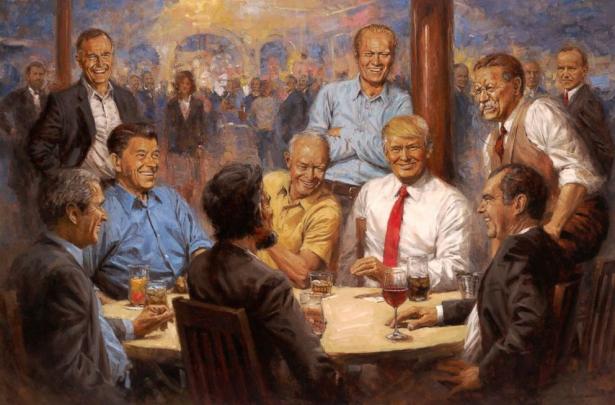 "The Republican Club" by artist Andy Thomas of Carthage, Missouri.

Why the Anti-Abortion Movement is Escalating

By Amelia Thomson-DeVeaux
May 21, 2019
FiveThirtyEight

An aggressive new strategy in the legal fight over abortion has escalated since Republican lawmakers swept state legislatures in 2010.

The Anti-Defamation League Is Not What It Seems

Under the guise of fighting hate speech, the ADL has a long history of wielding its moral authority to attack Arabs, blacks, and queers.

The basic model of savvy “realism” on the center left is to study the shape of public opinion, with all its subcategories, and react to it. Meanwhile, the right has an army of people on cable news, the radio, and Facebook dedicated to shaping public opinion, stoking it, dragging it rightward. Not investigating it, not charting it, not reacting to it — creating it.

Nelson was the first labor leader to dare utter the phrase “general strike” publicly—and to urge other AFL-CIO leaders to talk to their memberships about taking mass action.

A look at the cartoons, memes and paintings that praise the president.