Post-Election Pandemonium! EU, India, South Africa, Israel, Iraq - and national strike in Sudan, suppression of Marxists in China, climate kids call on adults, Yellow Vests' inside baseball, and the workers of the world! 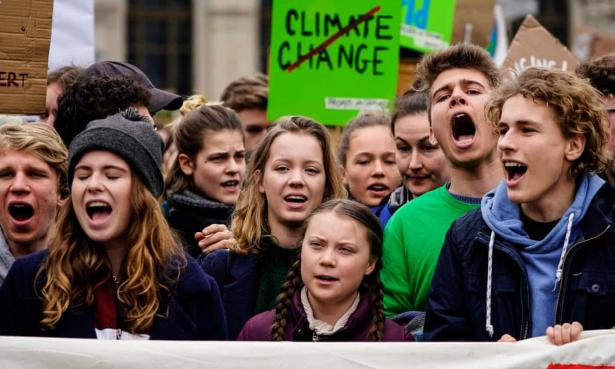 Greta Thunberg (C) at a protest against the climate crisis in Berlin, Germany,Photograph: Alexander Becher/EPA

The European Left in Disarray

As voters elect a new European Parliament, the Left is split between multiple “unity projects.” And none of them have a clear idea how to transform the EU.

Our world order, globalized from above, cries out for a globalized response from below, a new international fit for the purpose of system transformation in the twenty-first century. With their global reach and strategy, trade unions have a central role to play, but labor alone cannot be the international of today.

The workers are preparing to escalate into a civil disobedience campaign if the military junta does not cede power to civilian authority.

The patronage system and black economic empowerment, as well as the liberation legacy, has ensured the 25-year hegemony of the ANC at the polls. Key beneficiaries are the 1.2 million public servants plus the emergent black middle class and intelligentsia.

At Saturday's protest, the speakers were more impassioned than usual, the messages sharper, and the listeners angrier. It could herald a new era in Jewish-Arab relations.

The movement is caught in a dilemma between unifying its demands, and the strength in numbers this gives it, and the deep ideological differences that continue to divide it.

The union between the religiously conservative Sadrist movement and the ultra-secular ICP seemed baffling to outside observers, but it appears to have created a successful synthesis. One of those who appears to best typify the new politics is Suhad al-Khateeb, a communist who won a parliamentary seat for the religious city of Najaf - one of the most important hubs of Shia Islamic theology.

The story of Peking University’s Marxist club illustrates the anxious political atmosphere in China, where idealistic students who embrace the party’s own ideology can be suppressed just like any other political threat.