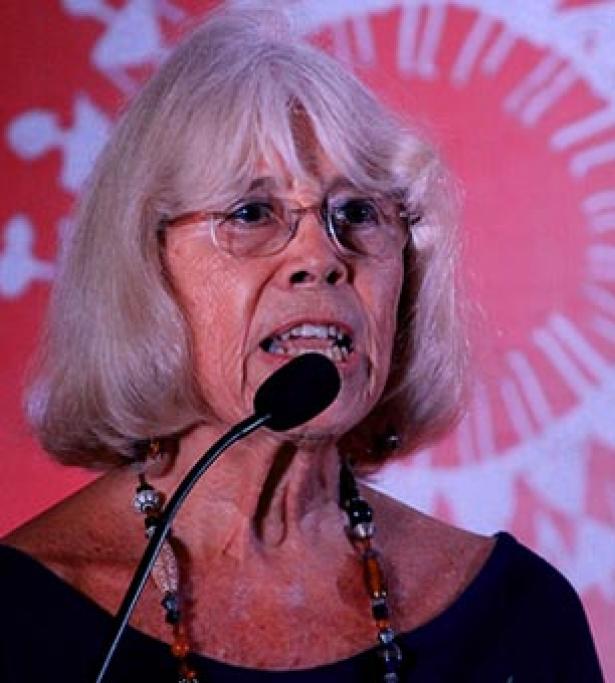 She was born in Chile in 1937 and is recognized as one of the leading figures of the Latin American left. She herself lived under the socialist government of Salvador Allende, and managed to survive the violence of Augusto Pinochet's military coup.

There are many who were formed politically by her works. Los conceptos elementales del materialismo histórico, written in 1969 and which has already exceeded 70 editions, has been part of the formation of many left party militants.

After the coup of 1973, he went into exile in Cuba, where she married Comandante Manuel Piñeiro, with whom she had a daughter.

There she lived through the heartbreaking "special period" of that country, and described as "admirable" the way Cuba faced the fall of socialism in Eastern Europe and the USSR.

After becoming a widow in 1998, Harnecker continued with her investigative career and was nourished by the testimonies and experiences of Latin American political leaders that are part of the articles and texts that are today study material in multiple universities around the world.

Among those experiences is that of Venezuela, where she was an advisor to former President Hugo Chávez and the Ministry of Popular Power, where she was part of the management team of the Miranda International Center [CIM] in Caracas.

During her stay in Venezuela she was able to analyze the flourishing of popular struggles in Latin America.

Marta Harnecker demonstrated that socialism as a "project" is unthinkable without struggle, and that it can not be done "from above," since it must be the product of the struggles of the movement of the dominated peoples and classes.

"In this sense, she is a true Marxist, continuing the work initiated by Marx, without fear of enriching it - permanently taking into account what is new in the reality of the world, of capitalism, of imperialism, of struggles - thus renewing the conceptualizations, and the propositions regarding theory and strategic action," said the journalist Samir Amin in an article published by La Haine.

"She helped give living Marxism a Latin American dimension, as others have given it an Asian or African dimension. Marta Harnecker helped to give Marxism the universal dimension that it must have; she helped to make it heard by the great majority of the peoples of the world, the people of the three continents. She managed to free Marxism from a deadly Eurocentric imprisonment. The experience of the advances in the struggles of the peoples of Latin America have paved the way in recent decades, through the theoretical thinking of Marta Harnecker, which has been decisive in this regard," he said.

Harnecker, who suffered from cancer, spent her last years between Cuba where her daughter resides, and Canada, along with her husband, the prominent intellectual Michael Lebowitz.

A short but potent contribution to revolutionary thought in this decade.

Historic protest action on June 9 was followed by a strike and more protests on June 12. This latest action, which ended with police violence outside the Legislative Council building, was initiated by the Hong Kong Confederation of Trade Unions (HKCTU).

Two short pieces provide a window into some perspectives from the movement that might be more difficult to ascertain from mainstream media accounts.

Friday's protest comes 28 years after similar action saw half a million women take to the streets in 1991.

The last 20 years of liberal democracy in Nigeria have been marred by crises. The next election should be the Left's target.

The Barcelona results revealed a strong current of support for Catalonian nationalist politics. Mayor Colau, instead, offered a vision of participatory democracy geared toward helping improve the lives of ordinary people in tangible ways.

Revolutionary rhythms, or how art can change the world.