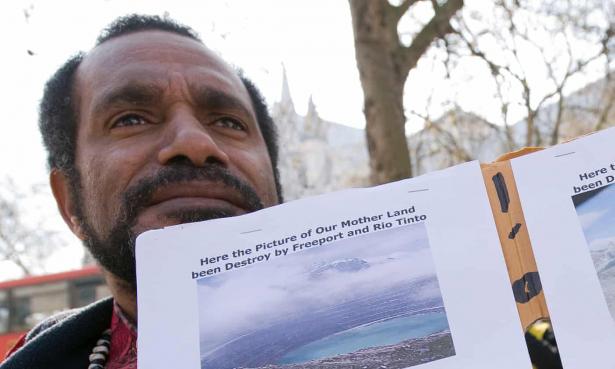 At the epicenter of the populist earthquake is a discontented citizenry, and it is as much an agent of change as the unorthodox personalities that have found a way to unlock its swirling passions.

Protests in three cities drew support from groups including Friends of the Earth and the “Gilets Jaunes.”

The Egyptian opposition objected to constitutional amendments extending President Al-Sisi's term in office. This position was expressed, for example, by Hamdeen Sabahi, who has twice run for president and is regarded today as a leader of the Civil Democratic Movement, comprising several civil parties and opposition groups.

Sudanese protest leaders called for a one-day nationwide "civil disobedience" campaign on July 14, days after they organised mass protests against the ruling generals that rocked the country.

West Papua on the Verge

Violence and political maneuvering have marred the lead up to Guatemala’s elections as some candidates attempt to delegitimize the electoral process. Amid the chaos, left-wing parties may have most to lose.

Algerian opposition forces united in anger to demand the release of revolutionary leader Lakhdar Bouregaa from his “arbitrary” arrest yesterday. His detention comes as part of escalating repression by Algeria’s armed forces who have targeted leading opposition politicians, particularly those associated with the Berber rights movement.