Dispatches From the Culture Wars - The Great Divide

Insights into Trumpism With the Gloves Off 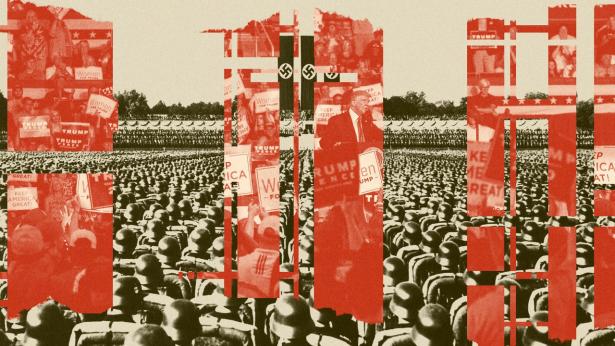 On leader-follower relationships in authoritarianism and the fascist purpose in targeting Ilhan Omar at the Greenville, North Carolina rally.

The Long, Sordid History Behind Trump’s ‘Go Back’

Even after the 19th century, the idea that American citizenship is or should be fundamentally a white privilege has stubbornly held.

His net approval among members of his Republican Party rose by 5 percentage points to 72%, compared with a similar poll that ran last week. Among independents, about three out of 10 said they approved of Trump, down from four out of 10 a week ago.

One is solidly Republican and will stay that way; the other leans Democratic. And then there are the in-betweeners.

New campaign finance statistics show that President Donald Trump raised $3.2 million—more money from the California donor class than all of his Democratic challengers, but two.