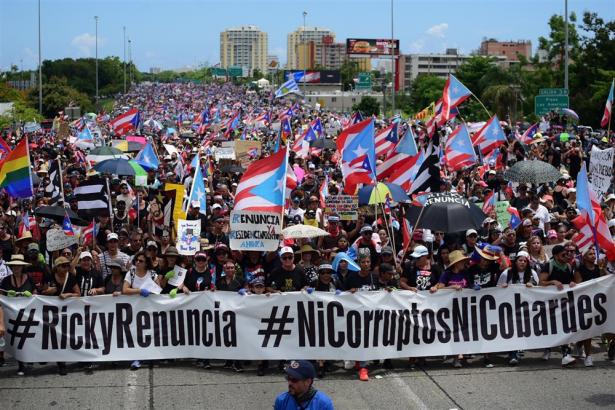 The Protests in Puerto Rico Are About Life and Death

The ongoing protests in Puerto Rico are not just about profane chat messages—they are a response to a broader context of violence, degradation, and exploitation.

Algeria’s military chief and de facto ruler has ramped up the crackdown on the five-month popular uprising that has ended the authoritarian rule of Abdelaziz Bouteflika but failed to result in a democratic transition for Africa’s largest country.

Reiwa Shinsengumi candidates Yasuhiko Funago, 61, who has Lou Gehrig's disease, and 54-year-old Eiko Kimura, a cerebral palsy sufferer, were elected after being placed first and second on the group's proportional representation list.

The proletariat is not a remote 19th century anthropological category, conjuring up factory workers with eyes full of soot. Today we are realizing that even many of those who aspired to be part of the bourgeoisie have become proletarianized.

A massive extended national strike against the neoliberal economic policies of President Lenín Moreno and the government’s agreement with the International Monetary Fund (IMF).

Envío magazine invited one of the nine comandantes on the original FSLN National directorate, deputy minister of the interior and minister of the economy during the 1980s, and in the leadership of the Sandinista Renovation Movement (MRS) since 2005, to share his assessment of the current situation.

Volunteers speak out after the far-right Vox party requests the names of people who conduct LGBTQ workshops at public schools.