books Supporting Dictators is NOT Anti-Imperialism

Fed -up with the imperial adventures of their own western capitalist governments, some radicals wrongly side with foreign dictators in the name of anti-imperialism. The book under review aims to move beyond a disabling “the West and the rest” binary. 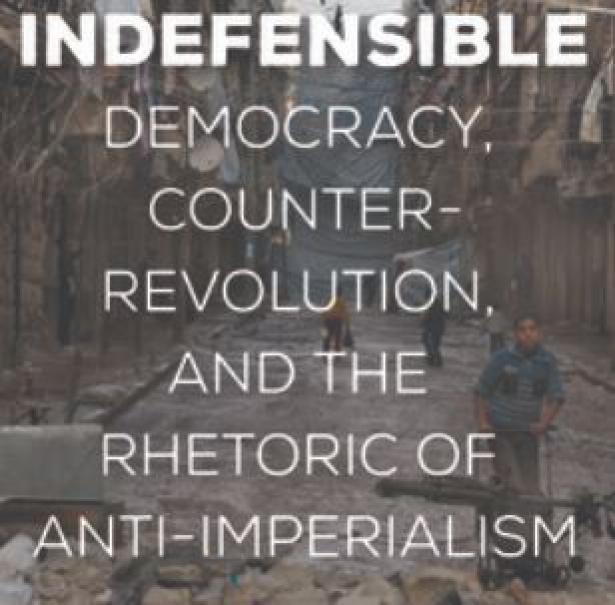 What does “imperialism” mean in today’s globalized world? Since the Vietnam War, the default position of many who call themselves anti-imperialists has been simply to oppose anything done by the United States or its Western allies. But does the old anti-colonial binary — “the West and the rest” — still work at a time when economic rule is exercised not by national governments but by a global neoliberal elite of unthinkably rich men whose main allegiance is not to any country but to their offshore bank accounts?

One could see neoliberalism — sometimes called “market fundamentalism” — as one form of imperialism, another being a more old-fashioned nationalism of, say, a Donald Trump or Viktor Orbán, who want to turn the clock back to a time when borders were walls and tariffs the rule.

That is roughly the position of Rohini Hensman, a Sri Lankan activist living in India, whose recent book Indefensible: Democracy, Counter-Revolution, and the Rhetoric of Anti-Imperialism (Haymarket Books, 2018), gives rise to such questions. She also insists that anti-imperialists today must pay attention to Russian, Iranian, UAE and Saudi economic deals and military adventures.

Indefensible is an important book for anyone on the left who cares about foreign policy and human rights. By asking why so many leftists have ended up siding with dictators, Hensman puts together the pieces we need in order to break with Stalinist traditions and a version of anti-imperialism that lets everybody except the US off the hook.

In the book, Hensman distinguishes between classical imperialism, where raw materials were forcibly extracted from the colonies, and today’s globalized economy, in which production has been unhooked from the national state and corporations send jobs wherever labor costs are lowest, regardless of the effects on workers in a corporation’s home nation.

She argues, “[i]n a globalised world economy, where productivity was the key to success, militarism became an impediment to economic power.” This is particularly true in the US, where she follows Chalmers Johnson in arguing that a madly disproportionate defense budget has led to social deprivation and democratic deficits.

Hensman is upfront about her political stance: anti-imperialists should stand against the oppression of one country by another. Socialists should show solidarity with democratic revolutions, not with the counter-revolutionaries trying to crush them. People in the Global South who seek democracy should be taken at their word rather than accused of being manipulated by the West, as if nobody else could possibly desire the same rights to free expression or assembly enjoyed by people in Europe and North America.

Indefensible lays out a typology of three kinds of “pseudo-anti-imperialists:” people who think all wars are the fault of the US or the West; neo-Stalinists who excuse anything Russia does; and actual tyrants who cloak themselves in the language of anti-imperialism whenever they are criticized. She then applies this matrix to case studies of Russia and Ukraine, Bosnia and Kosovo, Iran, Iraq and Syria. They all get one chapter except for Syria, which gets two; one focusing on the Assad government, the other on the civil war.

For each conflict, she argues against exaggerating the role and strength of the West, particularly the US; this argument is critically important, as is the spotlight she shines on the form of domination practiced by the old Soviet Union.

In her view, the Soviet Union was never socialist because real socialism depends on democracy. The USSR’s dictatorial treatment of its own people was evident from the beginning in its suppression of the Kronstadt rebellion, while its oppressive nationalities policy was introduced by Stalin as early as 1922, when he insisted it should be a federation of subordinated republics rather than independent nations. From then on, the USSR’s treatment of its neighboring countries was as imperialist as that of the US, using the same combination of extractive economic relations and political strong-arming.

Hensman follows the analysis of the International Socialist Organization in seeing the USSR as “state capitalist” rather than any kind of socialist. She is also critical of the Marxist concept of “bourgeois democratic” revolutions, in which individual rights and capitalism are seen as mutually dependent. Far from being linked inextricably to democracy, capitalism has proven time and again that it has no problem with dictators, she argues. For this reason, instead of focusing on the difference between state capitalist and private capitalist systems, the left should concentrate on democratic rights, because only in democratic states do working people have the space to fight those who exploit and oppress them.

The case studies in this book are designed to illuminate this general approach. Because she covers so many conflicts in just three hundred pages of text, these case studies are necessarily schematic, proceeding at a gallop and collapsing complex interactions and long timespans into a paragraph or two. Indefensible is in part a long historical argument meant to culminate in her discussion of the Syrian civil war, and her villains are clear long before she gets there: they are Russia, Iran, the Assad regime and the pseudo anti-imperialists who support them and spread lies by saying there was no real democratic opposition in Syria, only Islamists, or that the civil war was caused by the West. But, while I agree with her criticisms of these leftists, her own treatment of the Syrian civil war is deeply flawed in a different way.

Hensman begins her discussion of the Syrian civil war with this summary: “The peaceful democratic revolution of 2011 sparked off by the Arab uprisings later became militarised in response to the brutal repression carried out by the state. Syria typifies the moral and political degeneration of pseudo-anti-imperialists who support, or fail to oppose, the genocidal crushing of a democratic uprising by a totalitarian state allied with Iranian and Russian imperialism.”

While true as far as it goes, this framing downplays the role of jihadis and omits the key role played by Turkey, which not only financed factions of the Free Syrian Army, but directly supported both al Qaeda and ISIS in order to destabilize Syria. Erdoğan, who sees himself as the once and future Sultan, has made no secret of his desire to annex parts of northern Syria and has invaded it three times. In fact, the Syrian civil war is in part a regional conflict in which the four big powers in the area — Iran, Iraq, Syria and Turkey — are engaged in a struggle for dominance.

But Hensman sees the struggle largely in terms of good guys and bad guys. She takes her entire narrative from Syrian opposition sources and, because the Syrian opposition is supported by Turkey, glosses over the more unsavory aspects of Turkish intervention, villainizes the Kurds, and reduces an extremely complex situation to a simple conflict pitting the Syrian opposition against Assad and his allies, among which she includes both ISIS and the Kurds.

Her credulous dependence on Syrian opposition sources has led Hensman to repeat wild accusations against the Rojava Kurds — that they called in Russian airstrikes, are taking over “Arab lands,” and assassinate anyone who disagrees with them. The result is an important but deeply flawed book in which the author contradicts her own advice about how to be a good anti-imperialist: “It is worth looking at a diversity of sources, not just those that confirm what one already believes.”

I agree and only wish she had applied this principle consistently enough to recognize that there were two Syrian democratic revolutions — that of the Syrian civil opposition and that of the Rojava Kurds. They both deserve our serious attention and solidarity.

Book author Rohini Hensman is a writer, independent scholar and activist working on workers’ rights, feminism, minority rights and globalization. She has been published extensively on these issues, her most recent book being Workers, Unions, and Global Capitalism: Lessons from India. Originally from Sri Lanka, Hensman lives in India.

[Essayist Meredith Tax has been a writer and feminist organizer since the late ’60s. Her most recent book is A Road Unforeseen: Women Fight the Islamic State (2016). She is active in the Emergency Committee for Rojava in New York.]

ROAR Magazine [Reflections on a Revolution] is a project of the Foundation for Autonomous Media. It describes itself as providing “Independent coverage and critical analysis of world politics and current affairs — from a radical social movement perspective.”