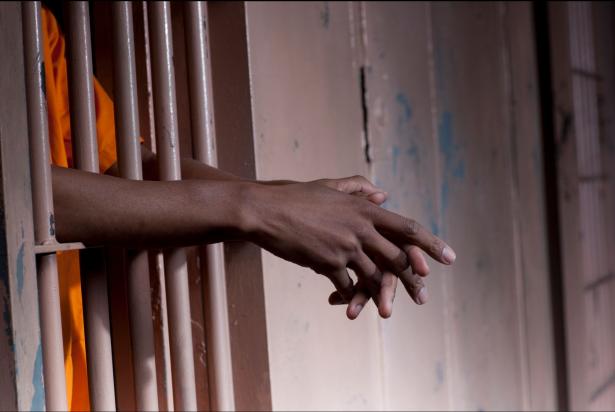 Some 3 out of every 4 inmates in Illinois prisons are black, yet, an Illinois prison banned an inmate education program from using books discussing black history or empowerment due to their “racial” content.

Now, prison officials are apologizing and pledging to overhaul their review system, according to the Chicago Tribune, but not before officials at Danville Correctional Center had removed some 200 books from a prison library and banned for use in the education program “several classic books of African American history, including The Souls of Black Folk, the anti-slavery novel Uncle Tom’s Cabin and the memoir of former slave and abolitionist Frederick Douglass.”

According to Illinois correction records the Tribune received under a Freedom of Information Act request, the dispute between the Illinois Department of Corrections and the Education Justice Project run under the auspices of the University of Illinois went back months.

As the Tribune explains:

The flap between the U. of I. program and IDOC officials started in November, when EJP began the review process for the upcoming semester’s books and course materials. That’s when a corrections lieutenant told program officials that the problem with the materials were that they were “racial,” according to testimony by EJP Director Rebecca Ginsburg.

The EJP library is separate from the prison library, and it follows a separate review process from reading materials sent to inmates through the prison mailroom. But Ginsburg told lawmakers [at a July hearing about the dustup] the review policy has gone through seven revisions over the past four years.

In this case, records show, EJP submitted 25 books for approval. Of those, four were denied outright, nine were allowed in for review but then denied and 12 were approved. Among the books not allowed in for review was “The Color of Law: A Forgotten History of How Our Government Segregated America.” Books denied after review for the spring semester deal largely with race and social issues, including “Uncle Tom’s Cabin” by Harriet Beecher Stowe and “Incidents in the Life of a Slave Girl” by Harriet Jacobs, both written in the 1800s.

During state legislative hearings over the matter in July, IDOC Acting Director Rob Jeffreys, who just got the job in May, said things should have been handled better and that the state welcomed books about “the African-American experience.”

Jeffreys, according to the Tribune, said:

the situation prompted the department to hire a volunteer coordinator and make “long overdue” revisions to its review procedure.

At that hearing in Chicago, Jeffreys didn’t talk about why the books were removed — saying he didn’t “want to hash into” it — and attributed the dispute to a lack of “sound process” and “much-needed policy oversight.”

“While I’ve only been on this job a couple weeks, I can assure you this: I am committing to ensuring that rehabilitation programming is available to all men and women in our care,” Jeffreys told lawmakers. “I believe expanding educational and vocational opportunities is a key to breaking the cycle of incarceration for thousands of Illinois’ families.”

Guess only time will tell.