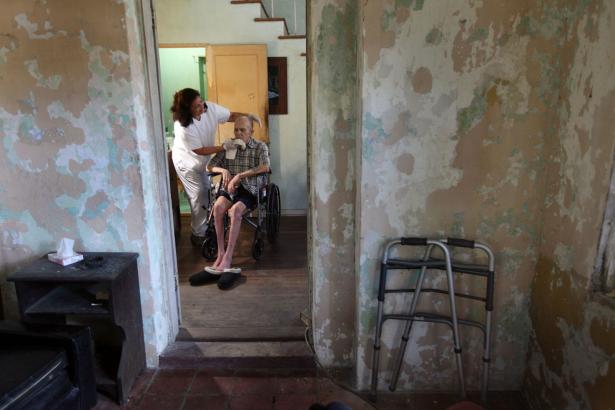 Where should labor unions be? Labor unions should be where the workers are, and where the money is. And where will that be, going forward? Fortunately, there is a list of specific projections.

The Bureau of Labor Statistics—one of the most useful government agencies! Shout out to the statisticians working for we, the people!—yesterday published its employment projections for the coming decade (2018-2028). It shows where, exactly, job growth will be in our economy. The Washington Post’s Heather Long highlights this chart of the fastest growing jobs in terms of absolute numbers: 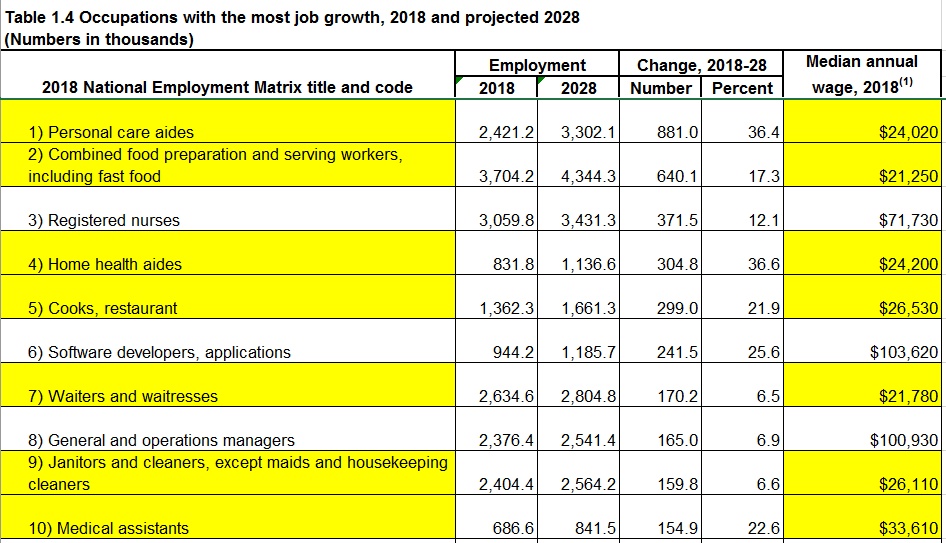 Organized labor should be organized. Not just organized at a single shop, or in a single union, or in a single industry, but strategically organized on a national scale so that it can deploy its resources to organize the places that most need to be organized. Unions need to move in tandem with the economy itself. They need to be where the work is going. And where will that be in the coming decade?

There are a number of strong unions in health care (the salary number you see listed for nurses is one manifestation of that), but the industry is gargantuan and growing as the U.S. population ages. The low earners who do not have union protection, particularly home care workers, need a ton of help from organized labor. The places already organizing these workers need more resources. It won’t be easy, but it’s necessary.

The restaurant industry is mostly non-union. There’s a good worker center, and there’s the Fight for 15 for fast food workers, but establishing traditional unions in an industry with such high turnover has proven hard. Doesn’t matter. Put resources into what exists. It won’t be easy, but it’s necessary.

The tech industry sits, undisputed, atop the American economy. The five most valuable companies in America are all tech companies. None of them are significantly unionized. Unions will never be able to exercise a proper amount of influence over the U.S. economy if they do not organize the tech industry. Period. There have been major labor actions in tech recently, and even a true union campaign at a smaller tech company. There needs to be a concerted effort by organized labor, supported with a large investment of resources, to unionize tech workers. It won’t be easy, but it’s necessary.

Okay, we all have our assignments. Meet back here in ten years, with your unions.