The last two years of Korean-led intergovernmental cooperation have laid the groundwork toward peace and reunification. U.S. progressives ought to be supportive of that process — it’s their obligation to history and morality. 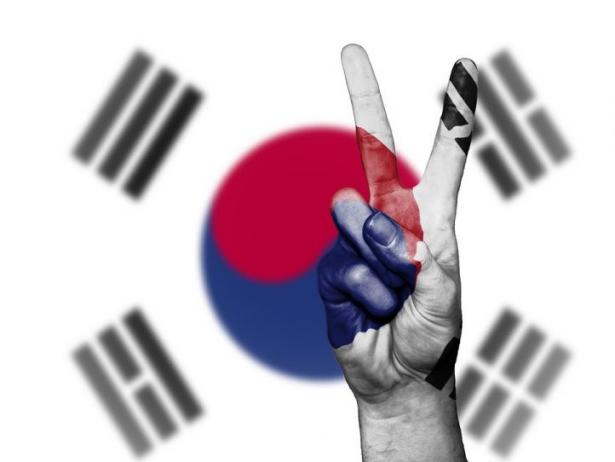 On September 11, Rep. Alexandria Ocasio-Cortez tweeted a screenshot of CNN’s headline ticker and highlighted “Trump Sides with Kim Jong Un,” assessing “That’s it. That’s the headline.” She continued, “Obviously [Former National Security Advisor John] Bolton leaving is good — it was an enormous mistake to appoint him in the first place. One doesn’t need to boost authoritarians to make the point.” And then, two minutes later, Rep. Ilhan Omar retweeted Ocasio-Cortez, “Trump sides with yet another dictator.”

To their credit, both congresswomen voted for House Resolution 152 (introduced by Rep. Ro Khanna) earlier this year, which calls for the formal end to the Korean War. However, it was disappointing but unsurprising to watch two of the most progressive members of Congress discuss Korea in this light. After all, the sentiments that Representatives Ocasio-Cortez and Omar expressed are common among Democrats writ large. In the Democratic debate on September 12, presidential candidates Julián Castro and Sen. Kamala Harris made similar points.

The problem with reflexively dismissing U.S. diplomatic engagement with North Korea is that it depends on a narrative that is disconnected from facts. For more than 70 years, Koreans have lived with division and the horrific consequences of war. The last two years of Korean-led intergovernmental cooperation have laid the groundwork toward peace and reunification. U.S. progressives ought to be supportive of that process — it’s their obligation to history and morality.

The origins of the Korean War are directly linked to the surrender of Japan in World War II, which ended two generations of violent colonial rule in Korea. The movement for Korean liberation was just as long. Liberation activists quickly organized a unified, democratically established government called the Korean People’s Republic (KPR) under the leadership of lifelong liberation activist Yeo Un-hyeong.

But just weeks after Japan’s surrender in 1945, the U.S. military began to occupy southern Korea and outlawed the nascent KPR, establishing a military government staffed by many former Japanese colonial officials. Koreans resisted U.S. occupation in numerous uprisings. U.S. and pro-U.S. forces responded with retaliatory massacres. In 1948, the U.S. military — in collusion with the newly formed United Nations — installed the conservative, pro-U.S. Republic of Korea (ROK) through a sham election. One of the first acts of the U.S.-installed “democracy” was to suppress an uprising on the island of Jeju by slaughtering tens of thousands of people. It was only after the ROK’s formation that the Democratic People’s Republic of Korea (DPRK), commonly known as North Korea, was founded.

Since then, the U.S. has done everything in its power to destroy the DPRK, from carpet bombing more than 90 percent of the country from 1950-1953, to modern-day bipartisan economic sanctions, which deprive North Koreans of life-saving necessities like fuel, medicine and access to international trade for their livelihoods. As part of its decades-long war against North Korea, the U.S. aided and abetted South Korean dictators Rhee Syngman, Park Chung-hee and Chun Doo-hwan in brutally crushing reunification and democratization movements, like the Gwangju Uprising of 1980.

Five million people died in the Korean War, and it’s hard to say how many more have been killed (and are still being killed) by U.S. policies since.

The U.S. and South Korean militaries also collaborated in creating systems of institutionalized sexual assault of Korean and migrant women, including medical torture and forced sterilization of sex workers who serviced U.S. military personnel. Decades of worker, student and rural organizing eventually made South Korea a democracy in the 1990s, but the U.S. military occupation continues.

It’s no wonder the dead — our dead — never make it into the U.S. narrative of freedom and democracy. This narrative attempts to justify U.S. militarism in the Pacific as it disciplines an inherently untrustworthy and illegitimate regime. Five million people died in the Korean War, and it’s hard to say how many more have been killed (and are still being killed) by U.S. policies since.

This is the status quo Democrats uphold when they diminish the complexity of contemporary Korean politics to a false binary of siding with or not siding with “a dictator.” What about denuclearization? What about human rights? And indeed, what about them?

The U.S. has no moral authority to enforce denuclearization or human rights on the Korean Peninsula. The U.S. has bombed civilian targets in Korea and installed nuclear missiles in the south. It still has the largest nuclear arsenal of any nation on Earth and has military infrastructure, including missile sites, throughout the Pacific. Americans cannot be moral and political arbiters for places they do not live in and people they do not know. The greatest threat to human rights in Korea isn’t reunification; it’s the war, which the U.S. must end.

Progressives can do better by pushing to end sanctions and sign a peace treaty to formally end the Korean War.

The Trump administration may entertain direct talks with North Korea. But the same administration also blocked joint economic projects like the inter-Korean railway and refused to end sanctions as a precondition to an eventual peace treaty. Progressives can do better by pushing to end sanctions and sign a peace treaty to formally end the Korean War. That’s the choice the U.S. faces: cooperate with the peace process in full, or perpetuate a forever war that exacts a bloody toll on both sides of the Korean Demilitarized Zone.

In spite of everything, Koreans have created resilient communities throughout the peninsula. Whether in North Korea, South Korea, or elsewhere, we have cared for each other, shaped our own destinies amid extraordinary violence and most importantly, survived. And for decades, we’ve built across borders toward reunification. A just and lasting peace is possible in Korea but only if we build it ourselves, not on the U.S.’s terms.

For Koreans around the globe, Friday’s full moon marked the beginning of Chuseok. Some have characterized Chuseok as the “Korean Thanksgiving.” This is inaccurate. Unlike Thanksgiving, Chuseok is not a celebration of genocide. Instead, it is a holiday for family reunion, communion with our ancestors, and commemoration of our past, present and future. For Koreans with separated families, it is a time to mourn our separation. May this be the last Chuseok that this is the case.

Minju Bae is an activist, scholar and educator. Her work examines Asian diasporas and American histories. Minju is a member of Nodutdol for Korean Community Development. Follow her on Twitter: @mnj_b.

Ju-Hyun Park is a genderqueer writer of the Korean diaspora. Their work has previously appeared in The Fader and Public Radio International. Ju-Hyun is a member of Nodutdol for Korean Community Development. Follow them on Twitter: @hermit_hwarang.