In a Strong Economy, Why Are So Many Workers on Strike?

Last year, the number of workers who participated in significant strikes soared to nearly 500,000, its highest point since the mid-1980s, while the total duration of such strikes reached a 15-year high. 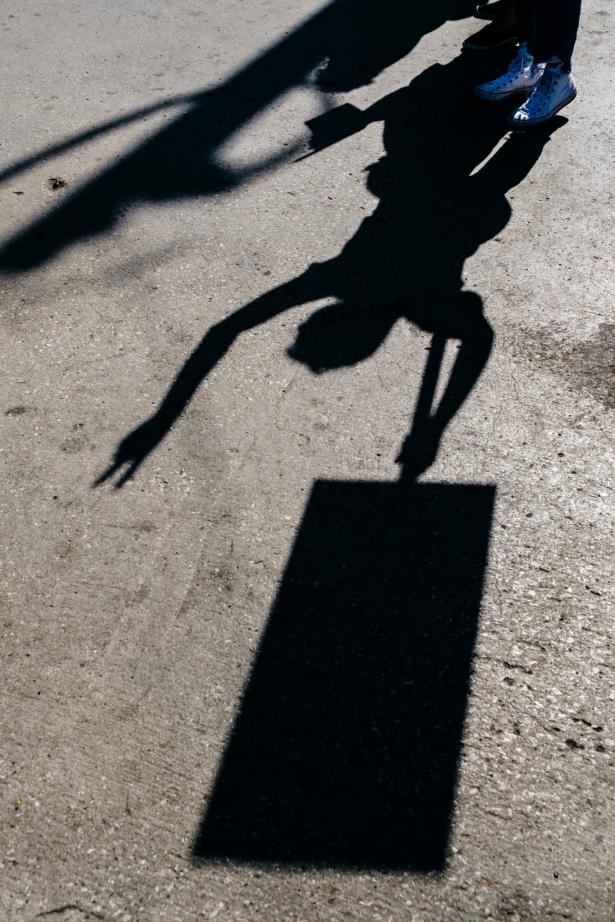 Striking workers at a General Motors plant in Flint, Mich. They say concessions they made during the recession have not been rolled back even as G.M. has raked in billions in profits., Erin Kirkland for The New York Times

At first glance, it may seem like a paradox: Even as the economy rides a 10-year winning streak, tens of thousands of workers across the country, from General Motors employees to teachers in Chicago, are striking to win better wages and benefits.

But, according to those on strike, the strong growth is precisely the point. Autoworkers, teachers and other workers accepted austerity when the economy was in a free fall, expecting to share in the gains once the recovery took hold.

In recent years, however, many of those workers have come to believe that they fell for a sucker’s bet, as they watched their employers grow flush while their own incomes barely budged. Corporate profits are up by nearly 4 percent, about the same percentage as household income since their pre-recession peak. But corporate profits had already recovered by 2010, while it took the typical household another six years to regain its footing. Many Americans still find themselves struggling. The resulting frustration is partly behind the recent upturn in strikes.

“That was the understanding — that if we gave up the concessions back in 2007 and 2009, that once G.M. got back on their feet, we would slowly get those things back,” said Tammy Daggy, who worked at the now-idled G.M. plant in Lordstown, Ohio, for nearly 25 years. But on many issues, “we never did.”

To an extent, the pattern of strikes reflects a recurring feature of the labor market: Workers typically become bolder the longer an expansion continues, using the leverage they have when jobs are harder to fill to demand greater compensation. This was particularly true during the three decades after World War II, according to a survey of research by Jake Rosenfeld, a sociologist at Washington University in St. Louis.

Overall strike activity has fallen sharply since the 1970s, as the ranks of unions have been depleted, dropping to about 10 percent of the work force from over 25 percent. Employers have also responded more aggressively — for example, by permanently replacing striking employees.

Now, though, workers appear increasingly willing to walk off the job. Last year, the number of workers who participated in significant strikes soared to nearly 500,000, its highest point since the mid-1980s, while the total duration of such strikes reached a 15-year high. 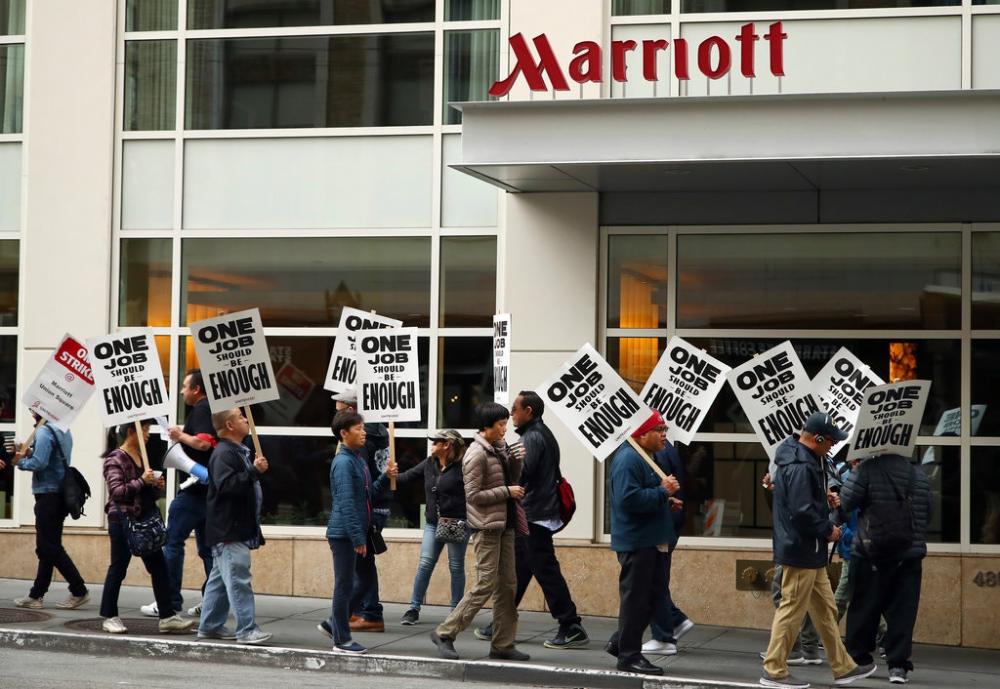 The backdrop for this trend is a rising gap between the money employers are making and the portion they’re sharing with workers. The share of the national income that workers receive fell in the early 2000s to its lowest level since World War II according to some measures, then collapsed further in 2009. It has yet to recover.

That may be partly because the labor market is weaker than the picture painted by the official unemployment rate of 3.5 percent. That rate measures only the number of out-of-work Americans who say they are looking for jobs. It excludes Americans in their prime working years who are not actively looking for work but, given the opportunity, might choose to re-enter the work force.

According to Neel Kashkari, president of the Federal Reserve Bank of Minneapolis, the group who could quickly re-enter the work force is potentially large, and may help employers avoid bidding up wages to lure those who are currently employed. “We still don’t know how much shadow labor is out there,” Mr. Kashkari said in an interview on Thursday.

But regardless of the strength of the labor market, in recent decades employers have amassed more power to hold wages down.

“In the late 1990s, it seemed like maybe a hot economy was sufficient” to substantially raise workers’ incomes and narrow inequality, said Jason Furman, who led the White House Council of Economic Advisers during President Barack Obama’s second term. But a series of reports that Mr. Furman’s council released in 2016 documented changes that have allowed employers to pocket more of the gains from growth. Those changes include noncompete clauses in employment contracts and even outright collusion, in which companies explicitly agree not to hire workers away from one another or to offer identical wages.

Employers argue that they need additional flexibility with their work force as they contend with global competition and technological changes.

Scholars say there was an element of economic opportunism behind the strikes of the 1950s and ’60s, as unions exploited their bargaining power in tight labor markets. 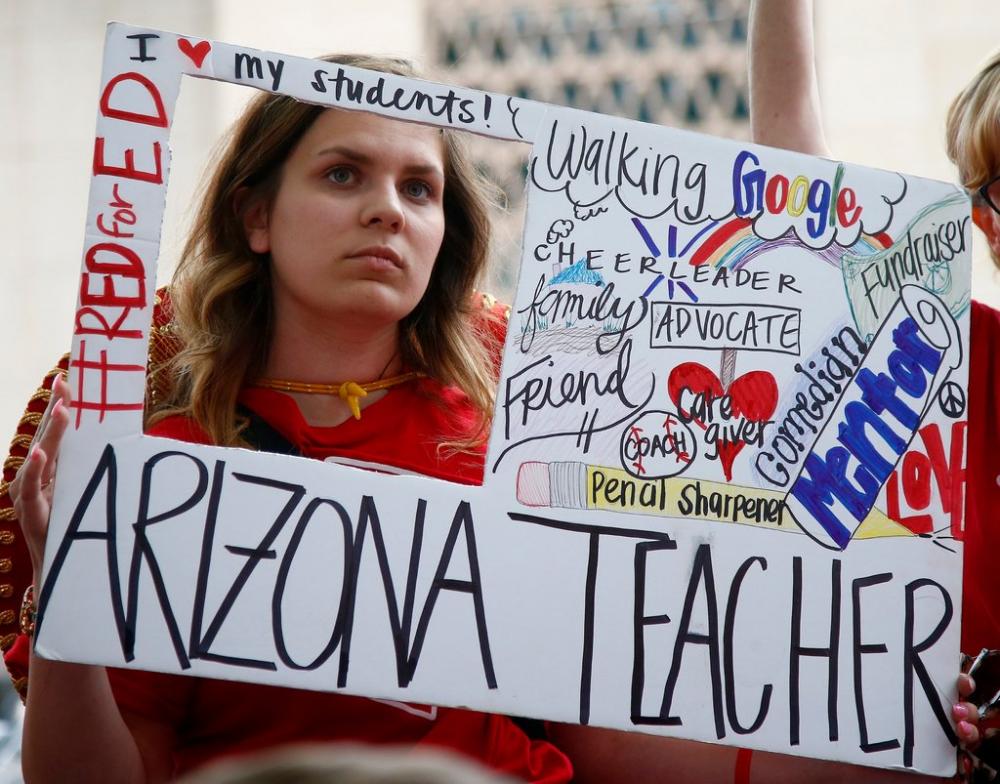 But workers say today’s strikes are fueled by a deeper sense of unfairness and economic anxiety. This past week, for example, unions representing about 2,000 workers at copper mines and smelters in Arizona and Texas went on strike, saying their members had not received raises for a decade.

In the airline industry, workers who made numerous concessions amid a wave of post-9/11 corporate restructurings complain that they continue to struggle under austerity even as the airlines post outsize profits.

“They got all these employees to agree to terms within the shadow of bankruptcy court, then they created these megamergers and are making billions,” said Sara Nelson, president of the Association of Flight Attendants.

While airline workers, unlike most private-sector workers, must receive permission from the government before they can strike, they have repeatedly demonstrated their anger. Thousands of airline catering workers, many of whom make under $12 per hour, voted to strike this year, pending the assent of a federal mediation board. Airline mechanics, including at Southwest Airlines, have won raises after effectively gumming up the operations of their employers: The mechanics significantly increased the number of low-grade maintenance problems they identified, leading to widespread flight delays and cancellations. (The mechanics denied that this was their intention.)

Teachers have expressed frustration that their districts were slow to reverse the spending cuts that followed the economic crisis a decade ago, even as state and local budgets have recovered.

“When the recession hit, teachers kind of buckled down. We said: ‘We get it. Everybody has got to pull their weight,’” said Noah Karvelis, who helped organize last year’s teacher walkouts in Arizona that forced lawmakers to raise teacher salaries and partially restore education funding. “But 10 years later, the state’s economy is back, we’re doing really well, and still the cuts are there. It was a huge, huge thing for us.” 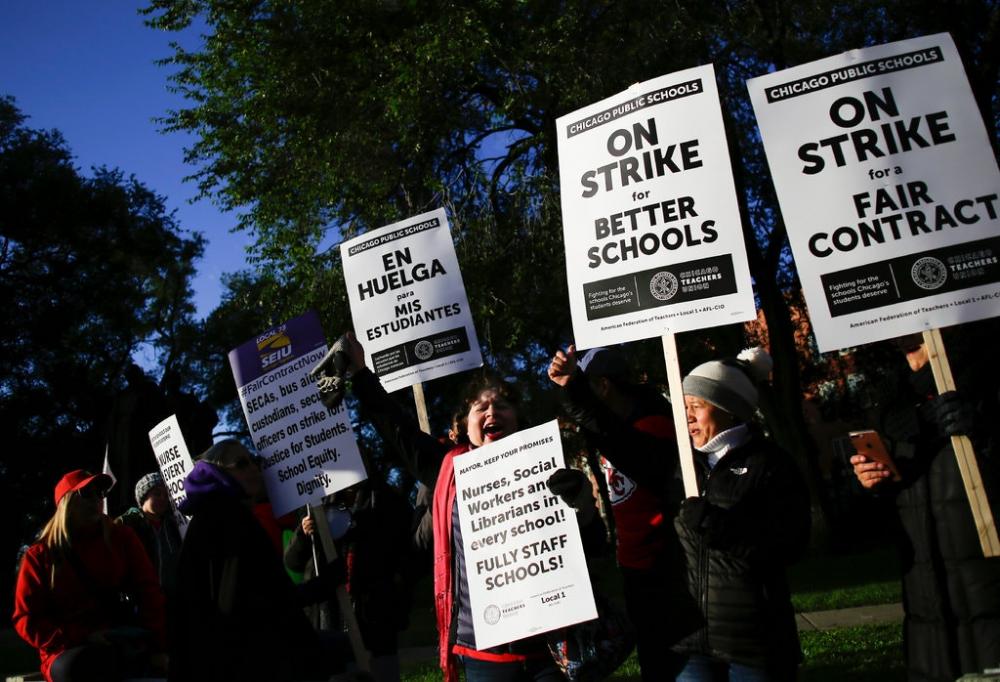 A picket line on Thursday outside John Spry Community School in Chicago. Joshua Lott for The New York Times

In Chicago, teachers who went on strike on Thursday are demanding that local officials devote more of a recent billion-dollar cash infusion from the state to raises. They point out that teaching assistants’ pay starts at around $30,000 a year but they are required by law to live in the high-cost city. And veteran teachers often leave the district during the several years in which they only receive cost-of-living increases. The teachers also want the district to hire more school nurses and librarians, who are in short supply across Chicago.

“In Chicago, the citizenry during the austerity talks believed it,” said Michelle Gunderson, a first-grade teacher on the union’s bargaining committee, referring to the lean contract negotiated in 2016. “At that time, we had a Republican governor who wasn’t funding our schools. But now an infusion of money has come in that has not made it to the classroom.”

The school district has noted that $700 million of that money went directly to teacher pensions, and that the rest kept the district solvent. The district has proposed raising salaries 16 percent over five years and substantially increasing the number of nurses.

For its part, while G.M. has made $35 billion in profits in North America over the past three years, sales appear to be slowing in the United States and China. Domestic automakers also say they are under pressure from foreign rivals, which have lower labor costs in nonunion factories in the South, and to invest in developing electric vehicles.

That is one reason G.M. sought to preserve a so-called two-tiered wage scale introduced amid the company’s struggles over a decade ago, in which workers hired after 2007 make up to 45 percent less than the $31 an hour that veteran workers currently earn. The company also relies on a cadre of temporary workers who earn even less.

As part of the tentative deal the company reached with the United Automobile Workers, G.M. appears to have agreed to a path for temps to become permanent workers, and to alter its tiered wage scale. Workers will vote on the agreement over the next several days, and a result is expected on Friday.

Some workers are skeptical that the union made sufficient progress on these questions, and on the extent to which G.M. can continue to shift production to Mexico, which has imperiled jobs in the United States.

Selina Estrada, 32, who assembles doors at the G.M. plant in Spring Hill, Tenn., said she feared the company would prevent temporary workers from attaining permanent status by laying off those workers before they had achieved the required three years of “continuous service.”

“They’ll keep turning them around and laying them off right before their three years,” she said. “It’s never going to happen.”

An earlier version of this article misstated the rise in corporate profits since their pre-recession peak. Corporate profits are up by about 4 percent, adjusted for inflation, as opposed to nearly 30 percent when inflation is not taken into account.