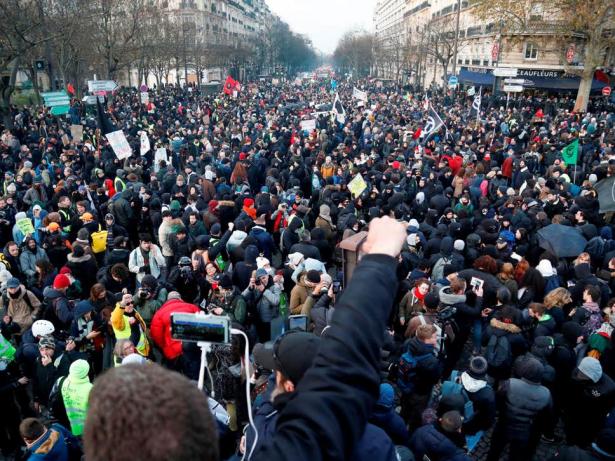 A demonstration in Paris on Tuesday, the sixth day of massive strike action over the government's proposed pension reforms, Photo: AFP via Getty

An estimated 500,000 people took part in a climate justice protest in Madrid on December 6.

Most think that the best Labour can hope for is to deny Boris Johnson a majority government. But Momentum isn’t most.

A number of the Palestinian officials told their Israeli guests that they appreciated their participation in the event, with Fatah Central Committee secretary-general Jibril Rajoub stating that it indicated that there was an Israeli partner for peace.

The resignation of prime minister Adel Abdul Mahdi after two months of popular protests in Iraq has provided an opportunity to overthrow the political system created under US occupation. However, significant roadblocks remain.

Colombia’s government is on the edge of its seat as labor unions are on strike and a multitude of social organizations have announced massive anti-government protests.

People poured into the streets, not only in the northeastern states where bandhs or general strikes were called, but also in New Delhi, Hyderabad, Kolkata and Bengaluru. The call nationwide was to withdraw the bill and scrap the proposed National Register of Citizens.