Too Close for Comfort - Older Jews Skeptical of Sanders

What draws younger voters, and particularly younger Jews, to Sanders’s candidacy is precisely what repels older voters — even, or perhaps especially, older Jewish left-wingers. What for young Jews are sources of identification and pride... 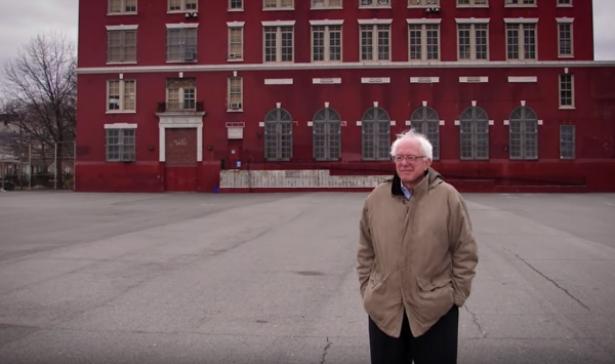 simply cannot win, Vivian Gornick told me emphatically over the phone. Gornick, the acclaimed feminist writer and critic, grew up in the working-class Jewish Bronx of the 1940s and ’50s, enmeshed in her family’s Communist Party milieu. She speaks with the kind of old New York accent that is becoming increasingly rare; she is famously frank in conversation. Asked about Sanders, she did not mince words: “He’s old and he’s Jewish and he rants and he raves.” In short, he’s unelectable.

In the broadest demographic terms, it’s no surprise that Gornick, who is 84, is skeptical about Sanders. While the senator from Vermont is the most popular candidate among young voters by a wide margin, he has struggled this election season, as he did in 2016, to gain support from voters middle-aged and older, who tend to be whiter, richer, and more conservative. There is, of course, a segment of older voters who do not fit this profile: former student radicals and civil rights activists, labor organizers and consciousness-raisers, lifelong socialists and former fellow travelers, Jewish veterans of the left—in other words, people like Sanders himself. And yet Sanders appears to be struggling to win over these voters, too.

“I do not find him inspiring and I cannot imagine him as president,” Gornick said. “And I do think it’s because, in my eyes, he is a long-winded old Jewish guy. I know that’s terrible, but I can’t help it. That’s how it strikes me.”

For many younger American Jews, part of Sanders’s appeal is his stubborn, unreconstructed mid-century leftism and Brooklyn accent, which embody a kind of Jewishness long suppressed by an American Jewish communal establishment bent on bourgeois respectability. At a time of cascading political and ecological crises, as the postwar certainties that gave rise to official American Judaism appear to be unraveling, many young American Jews have found in Sanders’s older, subversive Jewishness a way back into politics, and with it, a source of hope.

But what draws younger voters, and particularly younger Jews, to Sanders’s candidacy is precisely what repels older voters—even, or perhaps especially, older Jewish left-wingers. What for young Jews are sources of identification and pride—Sanders’s proletarian Jewishness, his agonistic politics—are, for many of their senior-citizen counterparts, reminders of political disappointments and quashed revolutionary hopes. Older Jews “have lived through periods when there was huge backlash” against Jewish socialism and countercultural radicalism, explained Marjorie Feld, a professor of Jewish history at Babson College. With those memories still so close at hand, she said, the heightened visibility of Jewish leftism “can feel almost dangerous.”

In long conversations with Jewish veterans of the left, interviewees often described Sanders as unelectable—and therefore not worth the political risk his nomination would entail. Ironically, even as right-wing and pro-Israel voices accuse Sanders himself of running an antisemitic campaign, the older Jewish leftists I spoke with fear antisemitism in the United States could prevent the election of the country’s first Jewish president—or even cause an anti-Jewish backlash were he elected.

Perhaps surprisingly, given their convictions about Sanders’s unelectability, interviewees did not describe the candidate’s democratic socialist positions as too extreme; instead, they claimed that Sanders wasn’t a real socialist at all. “When he gives his big speeches on democratic socialism, the biggest democratic socialist he references is FDR. I think he’s kind of a turbo-charged New Dealer for the 21st century,” said Rich Yeselson, a writer and contributing editor at Dissent (where I am an associate editor) who worked in the labor movement for many years. Gornick, too, shrugged off Sanders’s invocations of socialism. “He’s a reformer,” she said, “which is fine.”

As the Democratic primary contest has narrowed in recent months, Sanders supporters have emphasized the differences between their candidate and Elizabeth Warren. Sanders champions a Medicare for All bill that would effectively eliminate private insurance, while Warren has proposed a more gradual transition to single-payer. Sanders has long been an outspoken critic of US imperialism, opposed to interventions in Latin American and the Middle East, while Warren has hewed closer to the Democratic Party mainstream, especially on Israel/Palestine. Sanders’s base is younger, more diverse, and more working-class; Warren’s skews more highly educated and higher income. And while Warren pledges to tackle corporate greed, socialists, as Matt Karp wrote in Jacobin, doubt that crafting better rules for the existing system can really be called “big structural change.”

But Yeselson and Gornick, like many left-leaning Warren supporters, see the differences between the candidates as largely rhetorical—and see Warren’s rhetoric alone as capable of reaching voters beyond a left-wing base. Indeed, Sanders’s rhetoric worries Yeselson for the very reason that he finds it relatable. The senator’s talk of class war, for instance, “does resonate to me,” Yeselson said, “but that’s something I think doesn’t resonate to as many voters at large.” Warren’s emphasis on corruption and rigged systems, by contrast, strikes him as “a very potent American language,” just as Warren herself “is about as organically working-class—white working-class—as you can get.”

Yeselson brushed away the suggestion that his view of Warren as the more “organically” American candidate might be ethnically coded. (Although Sanders, he said, does sound like “some cranky old guy who yells at you at the deli counter when you’re trying to get whitefish salad.”) Rather, Yeselson insisted that his preference was about Sanders’s leftism, not his Jewishness, before emphasizing his own skepticism about the possibility of political transformation after decades of conservative backlash and retrenchment. Yeselson described this structure of feeling as “a logic of failed revolt,” borrowing from the title of a study of French philosophy after May 1968. “The logics of failed revolt kind of wear you down, so you try to come up with a social theory and social practice that can reconcile you to the possibility of change, but that doesn’t raise expectations too high,” he reflected. “It’s kind of like romantic expectations. You know, if I let myself fall in love again, I’ll only get hurt.”

It is a logic for which Gornick might serve as an expert witness. Her 1977 book The Romance of American Communism—once dismissed as an elegy to a lost world that many felt did not deserve remembering, but more recently embraced as a cult classic—deals with the joyful, self-making process of political commitment and the life-rending, disorienting experience of political defeat and disillusionment. In the kind of psychoanalytically informed reading that Gornick might employ, Yeselson could be understood as saying that the desire for a Sanders victory is so great, and the prospect of a Sanders loss so potentially destructive or terrifying, that the safer option is simply not to invest one’s hopes—or oneself—in the struggle to attain what may ultimately be unattainable.

Even older Jewish leftists who do support Sanders described a pervasive pessimism among their friends and peers. Judee Rosenbaum, a longtime left-wing activist (and Jewish Currents editorial board member) in her eighties, is one such supporter—and stressed that she is by no means the only Sanders voter among veteran activists who have remained involved in movement work. But many others, she added, are anxious, skeptical, or both. Some fear that “if Bernie were to be the nominee, and even if he were to win the election, that there would be an outbreak of antisemitism,” Rosenbaum said. “And I’m like, ‘There are antisemitic attacks right now!’ Antisemites don’t need excuses.” She added that her peers’ palpable anxiety about how the country might react to the nomination of a left-wing Jew as presidential candidate is not unlike the fears of some older black voters during Barack Obama’s first campaign.

Rosenbaum has more patience for those unwilling, out of despair or resignation, to support Sanders. “We on the left, in my generation and the 20 years around my generation, have consistently backed lost causes,” she said. “People who say, ‘I would back Bernie but he can’t win,’ are people who believe that because he’s on the left, he can’t win, because the left never wins.”

There are deeply felt historical reasons why older Jewish leftists no longer believe in the possibility of political transformation. But after talking with some of them, I was left wondering if this pessimism had become a fait accompli. What might happen if those seniors convinced that radical political change is impossible were to rediscover a margin of hope and suspend their disbelief?

Asked how she thought Jewish veterans of the left would react if Sanders did win, Rosenbaum laughed. “I think they’d have heart attacks.”

[Joshua Leifer is an associate editor at Dissent.]