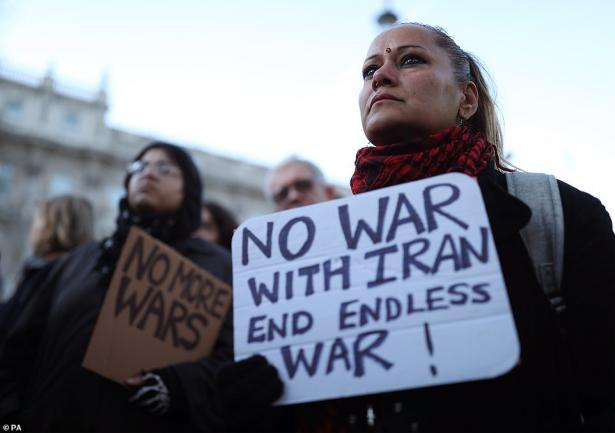 Protesters across the West have gathered to condemn the US drone strikes following the death of Iran's highest ranking general Qassem Soleimani in Baghdad.

...International Alliance in Support of Workers in Iran (Toronto)

...Party of the European Left (Brussels)

The wave of protests across the Arab world that began a decade ago will continue to be a long, uncertain and painful ordeal.

Political parties across the spectrum condemned the violent attack on the students and teachers of Jawaharlal Nehru University (JNU) on Sunday, with most of the Opposition leaders blaming the ruling dispensation for the violence.

All over the world women are still being murdered, disappeared, abused, and disrespected. This year the number of women raped, disappeared, and murdered keeps rising. We as Zapatistas see this situation as very serious, and that is why we organized this second gathering around one theme only: violence against women.

The scope and scale of the right-wing resurgence this year shows the urgent need for greater working class mobilizations that can safeguard and deepen democracy and build coalitions.

France’s nationwide strikes against the government’s pension reform plans are the longest in more than 30 years. But how are strikers coping after nearly four weeks without pay?

In February 2019, Algerians took to the streets in the country’s largest demonstrations since independence. This began a movement, known as Hirak or the Revolution of Smiles, which continued ever since. They are demanding a new constitution and a transition to a completely civilian state; not the continuation of the cabal’s stronghold just with a new face.