"It's simple. The majority of Americans believe that we should tax the rich." 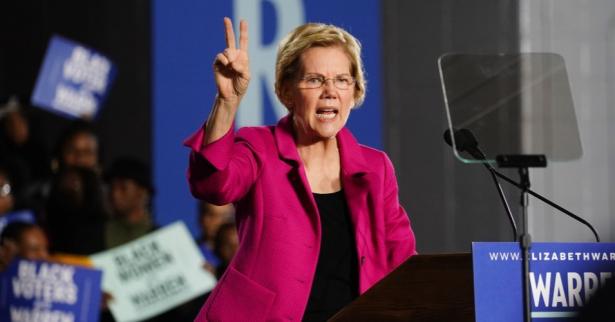 Supporters of a wealth tax to combat persistent economic inequality in the U.S. pointed to recent polling by Reuters/Ipsos showing that nearly two-thirds of respondents support taxing the rich at higher rates to support programs that would benefit all Americans.

Sixty-four percent of respondents said they either strongly or "somewhat" agreed with the statement, "The very rich should contribute an extra share of their total wealth each year to support public programs."

The sentiment found support across race, gender, and income demographics as well as from across the political spectrum. Seventy-seven percent of Democrats agreed that the rich should be taxed at a higher rate, while 53% of Republicans agreed.

Meanwhile, 54% of the poll's 4,441 respondents disagreed with a contrasting statement, that "the very rich should be allowed to keep the money they have, even if that means increasing inequality."

"See? Not radical," tweeted Michael Sayman, a young millionaire and Google executive who has expressed support for Sen. Bernie Sanders (I-Vt.) in the 2020 Democratic primary and has called on the government to "tax the hell out of me" to help support working Americans.

Those who tell you it’s radical are playing games with your perception of what Americans want.

While some centrist Democrats running in the primary have dismissed wealth tax proposals as unrealistic, the plans put forward by the Vermont senator and Sen. Elizabeth Warren (D-Mass.) are not far off from the tax structures which existed in the U.S. for much of the 20th century.

Under Sanders' wealth tax plan, the government would levy a 1% tax on fortunes between $32 and $50 million, with the rate progressively increasing on richer Americans. The proposal would raise an estimated $4.35 trillion in its first decade, with revenue being used to pay for Medicare for All and other universal programs.

Warren began her presidential campaign a year ago by unveiling her own plan for a wealth tax, calling for a 2% tax on all wealth over $50 million. Warren's proposal would raise $2.75 trillion in its first decade and would affect just 0.1% of U.S. households, while funding her free college tuition for all, universal childcare, and student debt cancellation plans.

Taxing the rich has bipartisan support. Reuters recorded at least one comment from a Trump supporter who said, "It just seems the rich don't pay their share."

The grassroots group Tax March tweeted that the answer to the debate over a wealth tax is "simple."

It's simple. The majority of Americans believe that we should #TaxTheRich. https://t.co/lrdYXPsmVD

"The majority of Americans believe that we should tax the rich," the group said.