The socialist island outperforms advanced capitalist countries including Britain and the United States, which has subjected Cuba to a punitive six-decades-long economic blockade. 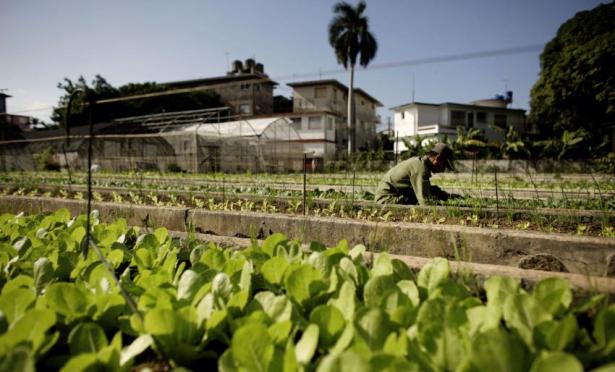 Cuba is the most sustainably developed country in the world, according to a new report launched on November 29.

The socialist island outperforms advanced capitalist countries including Britain and the United States, which has subjected Cuba to a punitive six-decades-long economic blockade.

The Sustainable Development Index (SDI), designed by anthropologist and author Dr Jason Hickel, calculates its results by dividing a nation’s “human development” score, obtained by looking at statistics on life expectancy, health and education, by its “ecological overshoot”, the extent to which the per capita carbon footprint exceeds Earth’s natural limits.

Countries with strong human development and a lower environmental impact score highly, but countries with poorer life expectancies and literacy rates as well as those which exceed ecological limits are marked down.

The SDI was created to update the Human Development Index (HDI), developed by Pakistani economist Mahbub ul Haq and used by the United Nations Development Programme to produce its annual reports since 1990.

The HDI considers life expectancy, education and gross national income per capita, but ignores environmental degradation caused by the economic growth of top performers such as Britain and the US.

“These countries are major contributors to climate change and other forms of ecological breakdown, which disproportionately affects the poorer countries of the global South, where climate change is already causing hunger rates to rise,” Hickel said.

“In this sense, the HDI promotes a model of development that is empirically incompatible with ecology and which embodies a fundamental contradiction: achieving high development according to HDI means driving de-development elsewhere in the world. For a development indicator that purports to be universal, such a contradiction is indefensible.”

The SDI is available at sustainabledevelopmentindex.org.

[Reprinted from Morning Star online. Editor’s note: Australia scored 0.153 and is ranked 160th in the SDI.]

About Green Left — the need for alternative media

In these days of growing media concentration, Green Left Weekly is a proudly independent voice committed to human and civil rights, global peace and environmental sustainability, democracy and equality. By printing the news and ideas the mainstream media won't, Green Left Weekly exposes the lies and distortions of the power brokers and helps us to better understand the world around us.