Extradition of Assange Would Set a Dangerous Precedent

“In 20 years of work with victims of war, violence and political persecution I have never seen a group of democratic States ganging up to deliberately isolate, demonise and abuse a single individual for such a long time... 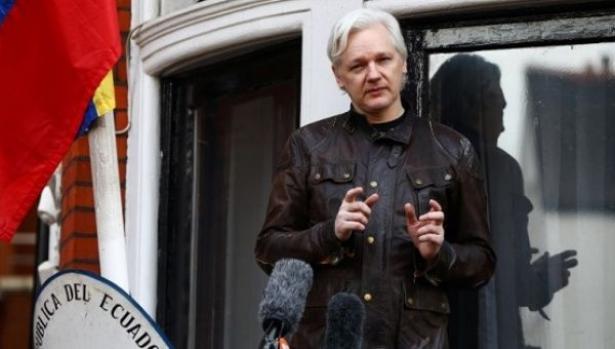 The Trump administration is seeking extradition of WikiLeaks founder Julian Assange to the United States for trial on charges carrying 175 years in prison. On February 24, a court in the U.K. will hold a hearing to determine whether to grant Trump’s request. The treaty between the U.S. and the U.K. prohibits extradition for a “political offense.” Assange was indicted for exposing U.S. war crimes in Iraq and Afghanistan. That is a classic political offense. Moreover, Assange’s extradition would violate the legal prohibition against sending a person to a country where he is in danger of being tortured.

In 2010 and 2011, WikiLeaks published classified documents provided by U.S. Army intelligence analyst Chelsea Manning. They contained 90,000 reports about the war in Afghanistan, including the Afghan War Logs, which documented more civilian casualties by coalition forces than the U.S. military had previously reported.

WikiLeaks also published nearly 400,000 field reports about the Iraq War, which contained evidence of U.S. war crimes, over 15,000 previously unreported deaths of Iraqi civilians, and the systematic murder, torture, rape and abuse by the Iraqi army and authorities that were ignored by U.S. forces.

In addition, WikiLeaks published the Guantánamo Files, 779 secret reports that revealed the U.S. government’s systematic violation of the Geneva Conventions and the Convention Against Torture and Other Cruel, Inhuman or Degrading Treatment or Punishment, by abusing nearly 800 men and boys, ages 14 to 89.

One of the most notorious releases by WikiLeaks was the 2007 “Collateral Murder” video, which showed a U.S. Army Apache helicopter target and fire on unarmed civilians in Baghdad. More than 12 civilians were killed, including two Reuters reporters and a man who came to rescue the wounded. Two children were injured. Then a U.S. Army tank drove over one of the bodies, severing it in half. Those acts constitute three separate war crimes prohibited by the Geneva Conventions and the U.S. Army Field Manual.

Manning was arrested in 2010 and held in solitary confinement for 23 hours a day for 11 months. She was forced to stand nude during daily inspections. The former United Nations Special Rapporteur on Torture said her treatment was cruel, inhuman and degrading, and possibly constituted torture. Manning was sentenced to 35 years in prison, and after she had served seven years, Barack Obama commuted her sentence as he left office.

Two years later, in May 2019, Manning was jailed for refusing to answer questions before a grand jury about Assange and WikiLeaks. She remains in custody.

On December 31, 2019, Nils Melzer, UN Special Rapporteur on Torture and Other Cruel, Inhuman or Degrading Treatment or Punishment, released a letter he had sent to the U.S. government expressing “serious concern at the reported use of coercive measures against Ms. Manning, particularly given the history of her previous conviction and ill-treatment in detention.” He said her incarceration amounted to torture and urged that she be released without delay.

Two days later, Manning pledged to stay the course, saying, “My long-standing objection to the immoral practice of throwing people in jail without charge or trial, for the sole purpose of forcing them to testify before a secret, government-run investigative panel, remains strong.”

Assange Faces 175 Years in Prison If Extradited to the U.S.

Meanwhile, Sweden issued an arrest warrant in 2010 for Assange on alleged rape and sexual molestation charges. Assange was questioned by Swedish prosecutors and then left for the U.K., where he was arrested and later released on house arrest. After Sweden’s request for extradition of Assange was granted by the U.K. Supreme Court in 2012, he was given asylum in the Ecuadorian embassy in London, where he lived for seven years. A new Ecuadorian government revoked Assange’s asylum in April 2019 and allowed U.K. authorities to enter the embassy and arrest him.

A country has a duty to refuse extradition when it would violate fundamental rights, such as the right to be free from torture and cruel treatment.

In 2017, Sweden dropped its investigation of Assange. On May 1, 2019, he was sentenced to 50 weeks in jail by the U.K. court for jumping bail and now faces extradition to the United States. Assange stands charged by the Trump administration with 17 counts of violating the Espionage Act and conspiracy with Manning to crack a password on a Defense Department computer. He could be sentenced to 175 years in prison.

Assange’s health has severely deteriorated. On May 31, 2019, UN Special Rapporteur Nils Melzer declared that Assange exhibited signs of prolonged exposure to psychological torture. During his years of isolation in the Ecuadorian embassy, the U.K. government denied him permission to go to a hospital for treatment, resulting in seriously worsening medical conditions.

“In 20 years of work with victims of war, violence and political persecution I have never seen a group of democratic States ganging up to deliberately isolate, demonise and abuse a single individual for such a long time and with so little regard for human dignity and the rule of law,” Melzer said.

The 2003 extradition treaty between the U.S. and the U.K. states, “Extradition shall not be granted if the offense for which extradition is requested is a political offense.” It is the Requested State (in this case, the U.K.) that “determines that the request [by the U.S.] was politically motivated.”

Although there is no clear definition of “political offense,” it routinely includes treason, sedition and espionage, and offenses directed against state power. Assange published “true information obtained from a whistleblower, making the charges against him political in nature, rather than criminal,” Robert Mackey wrote at The Intercept.

The Obama administration did not indict Assange because it didn’t want to establish “a precedent that could chill investigative reporting about national security matters by treating it as a crime,” according to Charlie Savage of The New York Times. Obama could not distinguish between what WikiLeaks did and what news media organizations like the Times “do in soliciting and publishing information they obtain that the government wants to keep secret,” Savage noted. Indeed, many of the documents WikiLeaks released were published in collaboration with the Times, The Guardian, Le Monde, El País and Der Spiegel. The outlets published articles based on documents WikiLeaks had released, including “logs of significant combat events in the wars in Afghanistan and Iraq.”

Assange is being targeted for “political offenses” because WikiLeaks published evidence of U.S. war crimes. He cannot be extradited to the United States under the terms of the U.S.-U.K. extradition treaty.

The Convention Against Torture Bars Assange’s Transfer to the U.S.

The Convention against Torture has a provision called non-refoulement that forbids extradition to a country where there are substantial grounds to believe a person would be in danger of being tortured. Since Manning was tortured by being held in solitary confinement for 11 months, it is likely Assange would face a similar fate if he were extradited to the United States.

Moreover, a country has a duty to refuse extradition when it would violate fundamental rights, such as the right to be free from torture and cruel treatment.

The Johannesburg Principles of national security, freedom of expression and access to information, which were adopted by a group of experts in 1995, have been widely cited by judges, lawyers, journalists, academics and civil society. They provide, “No person may be punished on national security grounds for disclosure of information if the public interest in knowing the information outweighs the harm from the disclosure.”

Significantly, WikiLeaks’ publication of the Iraq War documents, including evidence of Iraqi torture centers the U.S. had established, actually saved lives. After the Iraqi government refused to grant civil and criminal immunity to U.S. soldiers, Obama was compelled to withdraw U.S. troops from Iraq.

Deny Extradition of Assange to the U.S.

Assange’s extradition hearing will begin on February 24 in Judge Vanessa Baraitser’s London courtroom. More than 70 lawyers and legal academics, as well as at least 12 former heads of state, have signed a letter that will be sent to the U.K. Home Secretary, stating, “The fact that the charges are brought under the Espionage Act further reveals that this is a matter of a pure political offence [citation omitted]. There is broad international consensus that such offences should not be subject to extradition [citation omitted].”

The Trump administration singled out Assange to send a clear message to journalists that they publish material critical of U.S. policy at their peril.

Veterans for Peace and the National Lawyers Guild have endorsed a petition urging the judge to deny extradition because Assange is charged with a political offense. It reads, “The essence of Assange’s ‘crime’ is that he published documents and videos which revealed the reality of US military and political actions.”

Assange has been awarded Consortium News’s Gary Webb Freedom of the Press Award for “practicing the highest order of journalism – revealing crimes of the state.”

The Trump administration singled out Assange to send a clear message to journalists that they publish material critical of U.S. policy at their peril. “The extradition of Assange would mean the end of journalistic investigations into the inner workings of power,” Chris Hedges wrote at Truthdig.

By the very terms of the U.S.-U.K. extradition treaty, and consistent with the Torture Convention’s non-refoulement provision, Judge Baraister must deny Trump’s request for the Assange’s extradition to the United States.

Click here for information about how to oppose Assange’s extradition.

To sign the lawyers/academics letter to the U.K. Home Secretary, send an email to lawyers4assange@protonmail.com and you will receive a copy of the letter.