...when so much of the message that there’s nothing to worry about on climate change comes from think tanks like Cato, AEI, and ACSH that made unsupported and flawed calls on COVID-19, it’s worth taking a moment to pause and think about that as well 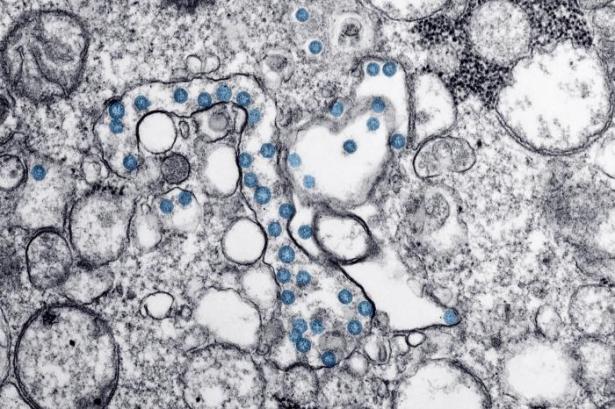 On January 30, 2020, the World Health Organization (WHO) declared that the outbreak of novel coronavirus 2019, which causes the disease COVID-19, was officially a “public health emergency of international concern.” At the time, there were cases confirmed in 19 countries and deaths in China had reached 170.

The very next day, the American Council on Science and Health (ACSH) published an article titled, “Coronavirus in the U.S.: How Bad Will It Be?”

“Is coronavirus worse than the flu?” it began. “No, not even close.”

“It already has spread from person-to-person in the U.S., but it probably won't go far,” ACSH added. “And the American healthcare system is excellent at dealing with this sort of problem.”

ACSH is one of several organizations promoting climate science denial that are now spreading misinformation on the coronavirus, with potentially deadly consequences.

American Council on Science and Health?

The ACSH presents itself to the public as a proponent of “peer-reviewed mainstream science,” in the words of the organization’s mission. Their experts have frequently been quoted in mainstream newspapers and magazines, and they pen columns criticizing journalists who write critically about companies like Monsanto. The group has received funding from oil giants including ExxonMobil, as well as from the agribusiness, chemical and tobacco industries to name a few.

When it comes to climate change, ACSH has published a steady stream of articles downplaying climate science and criticizing efforts to slow carbon emissions — even in the face of a mountain of peer-reviewed research on the climate crisis.

ACSH slammed the medical journal The Lancet as “an ideologically driven outlet with a very clear political agenda where being sensationalist and culturally woke trumps evidence and reasonability” (after the Lancet published an article titled “The carbon footprint”). The purported “pro-science” advocacy group has labeled Greta Thunberg’s activism “doomsday prophesying.” It has (falsely) suggested that climate change is less of a concern because “more people die in winter than in summer” (they don’t).

And that’s all just in the past nine months. The ACSH’s stance against climate action dates back to at least 1997.

When it comes to coronavirus, now a global pandemic, ACSH’s authors rushed to judgment. They assured readers that there was little to worry about, and put some of the same faulty thinking that underlies their stance on climate change on display.

ACSH isn’t alone. Other organizations that have also engaged in climate science denial made similar missteps on COVID-19, including prominent organizations that fanned the flames of conspiracy theories or confidently promoted complacency when circumstances required rapid action.

To be clear: No one should be faulted for failing to foresee precisely how severe of a problem COVID-19 would prove to be. None of us has a crystal ball and few, if any, expected this situation to unfold in this particular way.

But these organizations published positions that not only wound up being laden with false reassurances, but they did so based on claims that they made confidently at the time that now appear to have been false or misleading.

AEI fanned the flames of a conspiracy theory that claims COVID-19 was developed for biological warfare.

The article defended Sen. Tom Cotton of Arkansas for his Fox News interview circulating the theory.

Roger Bate, an AEI visiting scholar, also penned a January 29 piece headlined, “The media is driving the overreaction to the coronavirus.”

The piece argues against action on COVID-19, without citing any evidence about the virus itself, but instead based on characterizations and generalizations. “I’ve seen several news reports essentially implying that, even if quarantining travelers or imposing travel bans to China are overreactions to the risk of the coronavirus, this is ok because it’s better to be safe than sorry,” he wrote. “Companies are so fearful of negative press that they seem to base much of their own rhetoric on what the media and liberal elites demand. While some of this is arguably harmless — note much of the hot air at Davos about climate change — when it becomes corporate policy and is echoed by government policy, it then has real consequences.”

“A contagion will happen at some point, and it’s important we recognize it and react,” he added.

“Unless the coronavirus mutates into something far more dangerous,” he concluded, “this isn’t it.”

To be sure, there was not a visible consensus on those views within AEI. That same day, another AEI fellow published an article calling the coronavirus a “big economic deal,” citing its impact on China’s economy. And a three-paragraph AEI post later labeled claims that COVID-19 is a bioweapon “fake news.”

Those other pieces, however, do not undo any impacts from AEI publishing claims that proved to be baseless.

Other times, articles downplaying the risks from COVID-19, penned by organizations that have adopted climate-science denying stances, present arguments laced with logical fallacies.

In some cases, it’s not clear whether the authors understood the comments they were critiquing.

Take, for instance, the Cato Institute’s March 4, 2020 column on “COVID-19 Deaths and Incredible WHO Estimates.” That piece attacks a statement by the WHO’s director general, Dr. Tedros Adhanom Ghebreyesus, who was quoted in The New York Times as saying, “Globally, about 3.4 percent of reported COVID‐​19 cases have died.”

That, of course, is exactly why Dr. Adhanom included the word “reported” in his description of the statistic. There’s no ball being hidden here. And in case readers missed that word and its importance, The Times’ report included an explanation of that precise context. (“But the figure came loaded with caveats,” The Times wrote. “Experts, including those at the WHO, say that when more is known about the epidemic, the death rate will be considerably lower.”)

“Now, this is just a hunch, but based on a lot of conversations with a lot of people that do this,” Trump added.

It’s not clear where exactly Trump picked up his impression — but then of course, Trump has his own well-known stance on climate science.

The author of the ACSH piece claiming that coronavirus is “not even close” to as bad as the flu was Dr. Alex Berezow — a PhD in microbiology, according to his bio, not a medical doctor. Berezow has been interviewed about coronavirus precautions by the Wall Street Journal, New York magazine, Insider, and Yahoo News.

Berezow doubled down on his claim that the flu is a worse threat than coronavirus in a February 18 article. “Influenza is far deadlier than the Wuhan coronavirus, but few people worry about it,” that article begins, referring to the virus with the Chinese city initially at the center of the outbreak (a practice that's since been viewed as stigmatizing and racist, amid a growing number of cases of stigma-motivated racial violence).

A few weeks later, Berezow changed his tune, offering readers assurances that even if COVID-19 was far more deadly than the flu, there was still little reason for alarm in an article calling media reports “unreliable” and “sensationalism.”

“Even though the Wuhan coronavirus is currently thought to have a case-fatality rate of 2 percent (which would make it 20 times deadlier [than influenza]),” he wrote, “it’s unlikely that it will rack up a similar annual death toll because — at least for the time being — it is not going to infect hundreds of millions of people.”

A week later, on February 27, Berezow admitted he had changed his mind, saying that the facts had changed and writing: “When COVID-19, aka the Wuhan coronavirus, first emerged, it seemed most likely that the virus would fizzle out. But as the disease continues to spread, that outcome now appears nearly impossible.”

But by mid-March, Berezow was back to arguing that, as he wrote on March 11, “[f]or now, influenza remains the far bigger global public health threat.”

In contrast, public health organizations like the WHO have sought to offer information in ways that are both careful and candid. The Centers for Disease Control’s (neglected) guidelines for public health communication call for messaging that’s consistent, accurate, and doesn’t withhold important information.

There’s an enormous amount of uncertainty about what the coming days will bring when it comes to this pandemic. But if we’re all going to make the best decisions possible today, we’d be well-served to pay close attention to medical science.

And when so much of the message that there’s nothing to worry about on climate change comes from think tanks like Cato, AEI, and ACSH that made unsupported and flawed calls on COVID-19, it’s worth taking a moment to pause and think about that as well.

Because as monumental as the impacts of this pandemic are now, the science tells us that if we fail to dramatically cut carbon and methane emissions, the impacts of climate change may be even more profound over the long run.