books From Progressive Neoliberalism to Trump and Beyond

The social breakdown, symbolized by Trump's election and the malign effects of austerity policies serve to destroy faith in neoliberal capitalism. When that faith started to fray, new forms of outsider populist politics emerged left and right. 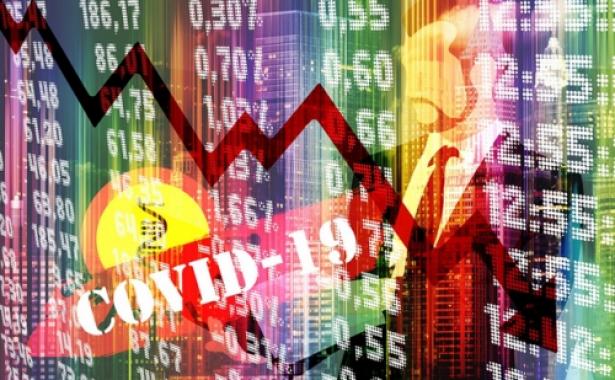 We are witnessing a big crisis in the stock markets of the Wall Street, Europe, Japan and Shanghai, and many blame the coronavirus for it. In the last week of February 2020, the worst week since October 2008, Dow Jones fell 12.4%, the S&P 500 fell 11.5% , and the Nasdaq Composite fell 10.5%. The scenario is similar in Europe and Asia for the corresponding period. (International Institute for Research and Education - IIRE)

The crisis consists precisely in the fact that the old is dying and the new cannot be born; in this interregnum a great variety of morbid symptoms appear.

Oftentimes “crisis” is an overblown word.

Nancy Fraser begins her book “The Old Is Dying and the New Cannot Be Born” by acknowledging its frequent use by alarmist social commentators. But today, as the impeachment trial of President Trump suggests our democracy is threatened by authoritarianism, Fraser’s observation rings true.

Indeed, Democratic Impeachment Manager Adam Schiff outraged Republican lawmakers when--in his concluding remarks at the opening of the impeachment trial--he referred to a news report about a warning that their heads “will be on a stake” if they voted against the president. Schiff said the remark is the type a president who wants to be a monarch would make.

In many respects, the 2016 election of Trump has come to represent what’s wrong with our current model of capitalism and its ideological underpinnings.

Borrowing from Italian Marxist Antonio Gramsci’s famous quotation to name her 63-page book, Fraser offers a quick study of this malaise and charts a way out. “The Old is Dying and the New Cannot be Born” includes an interview of Fraser by Bhaskar Sunkara, publisher of Jacobin--a conversation really--that highlights the possibilities of a new progressive populism.

As Fraser points out, there’s no shortage of evidence that we face a global political and economic crisis.

She refers to what Gramsci might describe as the “morbid symptoms” of our decay: obscene inequality, climate change, mass incarceration, the disappearance of unions, the proliferation of precarious McJobs in the private sector, systemic police violence, the founding of racist and anti-immigrants political parties in Europe, the emergence of proto-fascist leaders in Latin America and Asia, and the unraveling of the social safety net.

“Together, these forces have been grinding away at our social order for quite sometime without producing a political earthquake,” Fraser, a professor of political and social science and philosophy at The New School, writes.

“Now, however, all bets are off,” she writes “In today’s widespread rejection of politics as usual, an objective system wide crisis has found its subjective political voice. The political strand of our general crisis is a crisis of hegemony.”

How did we get here?

Fraser closely examines the political and economic outlook that emerged after the breakdown of the New Deal consensus.

In the immediate decades prior to Trump’s election, the American polity was dominated by what she calls “progressive neoliberalism.”

The New Deal coalition was replaced by a liberal current (representing anti-racist, feminist, LGBTQ, multi-cultural and environmentalist communities) that formed a hegemonic bloc with key financial sector groups (Wall Street, Silicon Valley and Hollywood). Besides spelling the end of the New Deal consensus, the ascendancy of progressive neoliberalism put a check on the more reactionary interests in the Republican Party.

This inclusive alliance embraced meritocracy, allowing members of historically disadvantaged groups, such as minorities and women, to move up the economic ladder and attain certain political power. But in a sense the progress was illusory, a window dressing that disguised the ugly underbelly of finance capitalism.

Both sides in the progressive neoliberal bloc were united around an economic agenda that has led to a hallowing out of the middle class that--particularly in the United States—has created tremendous social, political and economic polarization.

The financialization of the global economy has been characterized by an attack on the welfare state, deregulation, globalization, a weakening of labor protections, deindustrialization, free trade, a growth in power of the banking sector and predatory debt. The deepening of trade with China, the North American Free Trade Agreement and the repeal of banking regulations ravaged manufacturing communities in the United States.

The neoliberal agenda was the baby of politicians like Barry Goldwater and Ronald Reagan, right-wing economists (Friedrich Hayek, Milton Friedman and James Buchanan) and rich conservatives, such as Charles and David Koch.

“New Democrats” such as Bill Clinton gave progressive neoliberalism the political cover it needed. Fraser doesn’t minimize the importance of Obamacare, but she says President Barack Obama’s record—as demonstrated by his support of the bank bailout following the 2008 economic implosion while abandoning millions of homeowners facing foreclosure—basically reflected the prevailing neoliberal agenda.

The 2016 presidential election and its aftermath deeply unsettled progressive neoliberalism. Both Bernie Sanders and Donald Trump sharply criticized neoliberal policies for hammering working families.Once in office, of course, Trump backtracked on his commitment to economic populism, as demonstrated by his tax plan with its gifts to the 1 percent and corporations.Fraser describes his politics more aptly as “reactionary populism,” which is characterized by xenophobia, racism, nationalism and exclusionary politics. Progressive neoliberalism is imploding.

Significantly, class polarization, racism, climate change and other signs of political and economic instability are combining to open up the opportunity for a progressive alternative. Fraser expresses her hope for the emergence of an emancipatory social force based on progressive populism.

Fraser’s book reprints an essay that appeared in the Winter 2017 issue of  “American Affairs,” so her argument does not account for the political change reflected in the 2020 presidential election. But her interview with Sunkara,”The Populist Cat Is Out of the Bag,” conducted in 2019, makes her argument more current.

Her progressive populism calls a break with neoliberal economic policies. She envisions a new coalition that would overcome the divisions evident during the last presidential election and in the ensuing years.

To become a new hegemonic bloc, the new coalition would need to appeal to the workers betrayed by Trump, including the strata now attracted to right-wing populism. This coalition would include immigrants, women, segments of the professional-managerial class, environmentalists, workers in unpaid occupations, people of color and LGBTQ+ people.

“One cannot underestimate the potential power and importance of labor unions in a country like the United States,” Fraser says in the interview.

“A project of unionizing service workers, fast-food workers, the youth, domestic workers, agricultural workers, public-sector workers, and more—defending the unions that do exist and organizing the unorganized—that’s a potential game-changer.”

Book author Nancy Fraser is an American critical theorist, feminist, and the Henry A. and Louise Loeb Professor of Political and Social Science and professor of philosophy at the Graduate Faculty, The New School for Social Research in New York City. Winner of the the 2010 Alfred Schutz Prize in Social Philosophy from the American Philosophical Association and president of its Eastern Division, Fraser is the author of numerous works, including Unruly Practices: Power, Discourse, and Gender in Contemporary Social Theory. ( U of Minnesota, 1989) and  Fortunes of Feminism: From State-Managed Capitalism to Neoliberal Crisis (Verso Books, 2013.) )