Zuckerberg For Trump, Against Twitter and Facebook Employees ... Full Court Press Against Speech Rights ... The Press and the Protests 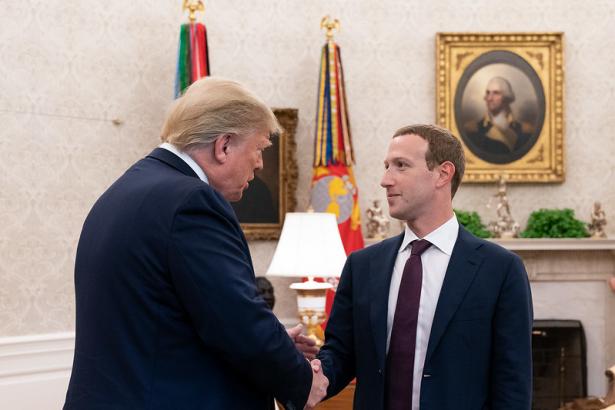 It won’t hold up in court. That’s not the point.

By Eliza Bechtold
May 29, 2020
The Conversation

His feud with Twitter is another example of the ways in which the president has routinely distorted the principles of the First Amendment.

How the Exec Order Could Affect the Election

It could force media companies to face growing pressure of litigation and political heat during the run-up to the 2020 election.

Zuckerberg rebuked Twitter for its decision to tag two of President Donald Trump’s tweets about mail-in voting with fact-check links, saying that private companies “shouldn't be the arbiter of truth.”

Some Facebook employees staged a virtual walkout on Monday to protest CEO Mark Zuckerberg's decision not to take action on a series of controversial posts from President Donald Trump last week.

Angry editorials call for change and accountability and accuse Donald Trump of being ‘exactly the wrong leader for the times’.

What if Minneapolis Were Hong Kong?

If we talked about what is happening in Minneapolis the same way we talk about events in a foreign country, here’s how the Western media would cover it.

As the weekend progressed and the protests continued, police officers abused journalists in cities across America.