What the Bronx ‘Bible Belt’ Election Results Tell Us

Will older, socially conservative voters care so much about culture-war issues in the midst of a pandemic? This Bronx election suggests political patterns might evolve more broadly among older voters in places like Florida and the Sun Belt. 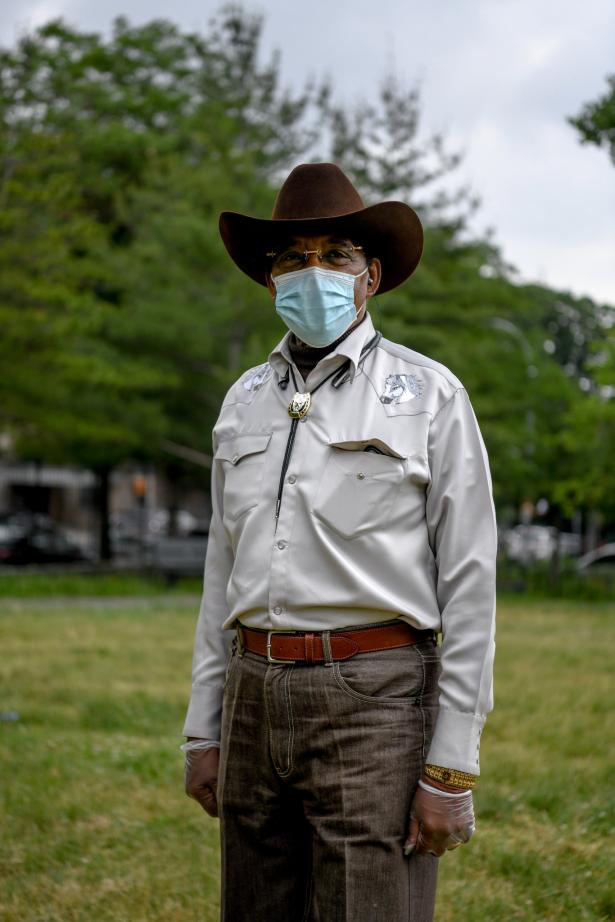 The Rev. Rubén Díaz Sr. was predicted to win a congressional race in the poorest district in the country, where residents tend to elect socially conservative candidates. This year, that changed.,Credit: Desiree Rios for The New York Times

During his long career in local government, the Rev. Rubén Díaz Sr., a Democrat by tenuous affiliation and a Pentecostal minister by passion and training, has held to fierce opinions inimical to New York’s view of itself.

In the 1990s he compared gay men and lesbians to “thieves, slanderers, murderers” and “swindlers.” He called Thomas K. Duane, one of the first two openly gay members of the City Council, an “insignificant, uncircumcised Philistine.” Several years later he opposed schools for gay and lesbian students; he drew an analogy between abortion and the Holocaust and declared, in the middle of sensitivity training, that he would not “rat” if he witnessed sexual harassment in the offices of the City Council, where he currently represents portions of the South Bronx after years spent in the State Senate.

Nevertheless, Mr. Díaz, who is 77, was considered among the front-runners in the congressional race for the 15th District, the poorest in the country, in the Bronx, this year. The county machine that had propped him up for so long still had power; he was the best known in a crowded field of 12 contestants. And, perhaps more than anything else, certain misplaced assumptions about the beliefs and habits of low-income voters, and those thought to be socially right-leaning, in particular, were fixed.

But the arrival of the Covid-19 crisis to devastate an already precarious economy in the Bronx, sending unemployment rates to levels not seen in decades, pushed voters into less predictable directions. The power of personality-driven campaigns and divisive populism held little attraction, given the state of things, suggesting the way that political patterns might evolve more broadly among older voters in places like Florida in the presidential election.

In the primary held on June 23, Mr. Díaz wound up third after the machine ballot count, behind Michael Blake, a young state assemblyman and Ritchie Torres, the 32-year old Afro-Latino city councilman and the first openly gay elected official in the Bronx. Mr. Torres’ significant lead, one expected to hold after all absentee ballots are tallied, is all but assured to win him the congressional seat.

“Voters were hungry for a real response to the crisis,” Sochie Nnaemeka, state director of the progressive Working Families Party in New York, pointed out. “People were not looking for short-term establishment responses.’’

Two years ago when Alexandria Ocasio-Cortez rose from obscurity to win her position in the House, it wasn’t obvious whether the complacency, self-promotion and pandering that had distinguished certain aspects of local politics for so long were really on their way out or whether her candidacy was simply too singular a phenomenon to lead to much extrapolation. Now it seems clearer.

Mr. Díaz, who had an old-school style, distributing toys to children at Christmas and gift-cards at senior centers, was supposed to be buoyed along by older, churchgoing voters in a largely Hispanic quarter of the Bronx. These voters were presumably aligned with the more outmoded aspects of his worldview. “We have a Bible Belt in this district,” Amanda Farías, who grew up in Soundview and lost to Mr. Díaz in a 2017 City Council race, told me. “But people were really pushing a narrative bringing to light how he truly feels about things and that made the constituency see beyond the one turkey they are getting, the one backpack for their kid,” Ms. Farías said.

In the weeks leading up to the election, Mr. Díaz defended himself against liberal attacks, arguing that his religious orientation did not mean that he hated gay people and women, as he told The New York Post, and that his track record was known to his community. “When the Bronx was burning, I was here rebuilding the borough,’’ he said in the same interview. “Look at the Bronx now.’’

But the Bronx now was precisely the problem. The borough has borne some of the greatest burdens of the pandemic — the case rate in the district is approximately four times higher than it is in Greenwich Village and SoHo, for example. The public-health situation was deeply troubling before the coronavirus arrived. The Bronx has a high incidence of maternal mortality and the highest childhood asthma rate in the country.

Unlike the neighboring 14th Congressional District, which Ms. Ocasio-Cortez represents and encompasses parts of northern Queens, the 15th lacks a sufficiently large gentrifying class to have obviously swayed outcomes one way or another. In fact, April polling conducted by Bronx United, a group that organized to defeat Mr. Díaz, indicated that Mr. Torres and Mr. Blake, despite their ages, were not especially beloved by young voters. Andrew M. Cuomo, Joseph R. Biden Jr. and Nancy Pelosi all had higher favorability ratings in the district than Ms. Ocasio-Cortez.

The same spring polling data revealed that although the district was by no means a hotbed of millennial democratic socialism, voters were more liberally inclined than conventional wisdom suggested. It turned out that approximately two thirds of voters surveyed believed that homosexuality should be accepted and that abortion should be legal in most cases. The more that voters learned about Mr. Díaz’s regressive social attitudes, Dan Point of Bronx United explained, “the faster they moved away from him.”

When confronted with the choice between placing a vote in the name of cultural ideology and one in the name of survival, older voters, struck profoundly by the pandemic, seemed to choose the latter. In 2016, Donald J. Trump beat Hillary Clinton in Florida, among voters 65 and older by 17 points. More than half of Cuban voters in the state, who skew socially conservative, also voted for Trump. But the virus is ravaging Florida; as of the end of May, 83 percent of Covid deaths were people over 65. Priorities might easily rearrange themselves.

[Ginia Bellafante has served as a reporter, critic and, since 2011, as the Big City columnist. She began her career at The Times as a fashion critic, and has also been a television critic. She previously worked at Time magazine. @GiniaNYT]