Until we have effective and safe medications, a proven vaccine and better testing, our best shot at getting control would be to again close many businesses and activities. 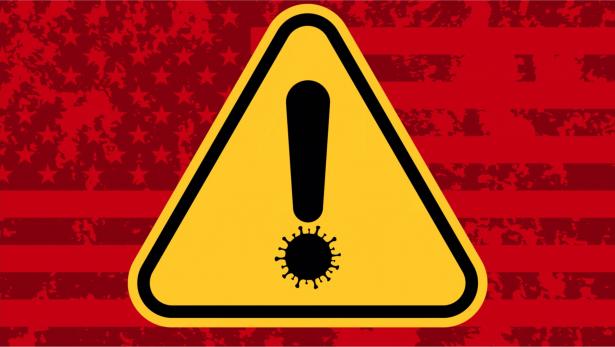 If someone had suggested five months ago that we would be seeing more than 3 million cases and 135,000 COVID-19 deaths in the U.S. by mid-July, I wouldn’t have believed it.

But now it’s distinctly possible that, five months from now, half of all Americans could have been infected with SARS-CoV-2, and more than 800,000 Americans may die in this extraordinary outbreak. That is what many of our most prominent public-health experts now expect.

Could their projection models be off base? Maybe. But don’t count on it. As bad as the health consequences, disruptions, restrictions, and fear of the last five months have been, things could get a whole lot worse.

Sharp spikes in COVID-19 cases, hospitalizations, and fatalities are now being reported in many states, including Texas, Arizona, California, and Florida. And we’re still far behind where we should be at this point in the availability of reliable coronavirus tests and effective contact tracing.

Meanwhile, NIH infectious diseases chief Anthony Fauci recently told a congressional panel that if the trajectory of coronavirus spreads at its current rate, we could soon see 100,000 new confirmed cases per day in the U.S. And Robert Redfield, director of the U.S. Centers for Disease Control and Prevention, warns the national confirmed test count represents no more than 10 percent of actual cases. That means there could actually be a million news cases every day by the end of the year.

And according to Columbia University epidemiologist Jeffrey Shaman, “From early studies of the novel virus, we knew that without control, the virus would be capable of infecting 50 percent or more of Americans.” Why? Because a highly transmissible virus like SARS-CoV-2 spreads exponentially. That means if three people are infected, in a few days, without proper controls, they will each potentially infect three others. Then each of those nine newly infected people will in turn infect three more—and each of those 27 people, and so on until we have a massive outbreak. These were precisely the assumptions made by Marc Lipsitch at Harvard, Michael Osterholmother at the University of Minnesota, and other public-health experts.

So let’s do the math.

If half of us acquire any form of the infection, from essentially no symptoms to very serious outcomes, that would mean at least 160 million coronavirus-infected Americans. Best estimates are that about 15 percent will need hospital care. And even if significantly less than 1 percent of COVID-19-infected individuals do not survive, we could see at least 800,000 deaths from the raging outbreak.

Some states, like California, have just announced that they will stop reopening and even roll back the relaxation of some of the restrictions that had been in place. Other states, like Florida, continue to reopen businesses and relax restrictions, as if the news hasn’t reached Gov. Ron DeSantis that COVID-19 is totally out of control across the Sun Belt.

So what do we do? It should be understood that it is not a simple binary choice between pushing ahead with the reopening or moving to the most draconian national protocols to gain control of the pandemic wildfire. Experts suggest that wearing appropriate face coverings and social distancing are important to controlling outbreaks. But given the explosive new surge of COVID-19 in so many states, it may be too little, too late for such measures alone.

There is increasing concern that in addition to SARS-CoV-2 spreading via large respiratory droplets and contaminated surfaces, transmission may also occur via tiny droplets, called aerosols, exhaled in normal breathing. Nearly 240 esteemed scientists from around the world recently expressed concern about this alternate transmission pathway to the World Health Organization. In effect, these microdroplets may carry farther than the recommended six feet of separation, sneak out around the edges of the masks that most members of the public are wearing, and linger in the air. This is a real concern, especially so for susceptible individuals in small indoor spaces like an elevator or an office.

The truth is that until we have effective and safe medications, a proven vaccine and better testing, our best shot at getting control of COVID-19 would be to again close bars, indoor restaurants, gyms, beauty salons, and barber shops, and continue to prohibit sports, entertainment, and live political events.

But the question about reopening schools in September remains particularly fraught. Staggered school schedules, reduced classroom time, and more remote learning may be helpful in reducing virus spread, but these same proposals create an unmanageably difficult challenge for many working parents who need their children in full-time, regular school or find some way to find and afford appropriate day care.

So, depending on the emerging case and fatality trends over the next few weeks, don’t be surprised if there’s another round of widespread “sheltering in place,” along with mandating that masks and social distancing be sustained when we need to venture out of doors. Non-essential workers would need to stay home and keep Zooming.

In the other extreme, we could basically continue the “reopening” process and pretend that we’re getting back to some sort of normal state, more or less following the president’s delusional misrepresentation of the pandemic reality that diminished the effect of governors’ shutdowns and put us in this predicament in the first place. If that’s where we’re headed, we’ll need to be prepared for millions of new patients, increasing fatalities, and a wide array of unanticipated COVID-19-related illnesses and complications.

But wouldn’t that number be reduced if, as we’re already seeing, the age of those infected with coronavirus is truly heading downward —now averaging at about 40 years old—compared to 55 years just four months ago? Maybe. But there are still millions of older and vulnerable individuals in the population who would be susceptible to getting extremely sick, infected by countless “disease spreaders”— people who have eschewed masks and physical separation as a matter of principle or, worse, as a way of showing support for Donald Trump.

Some have suggested that a “targeted” approach of more stringent restrictions be considered. In states or regions where an outbreak is significant, why not just clamp down in these communities? That’s just not practical nor acceptable to most Americans. I’m guessing that most of us would not tolerate the kind of draconian restrictions on all travel and movement that China enforced in Hubei province last March when the COVID-19 outbreak was raging.

It’s true that hundreds of labs across the globe are working on medications to treat SARS-CoV-2. But the likeliest effective candidates will be directed to the sickest patients in ICUs and on ventilators.

As for a vaccine, you can bet that Donald Trump’s “October surprise” will include an announcement that a new vaccine will be ready for the public by year’s end. But here’s why you should be skeptical.

While there may be innovative technologies for producing a coronavirus vaccine, there is simply no shortcutting the time it takes to test any new vaccine for efficacy and, especially safety. Initial testing will be done with young, healthy volunteers, not those at greatest risk. Vaccines themselves can produce serious side effects and we have no idea how long protective properties will last—or if it’s even possible to develop and manufacture sufficient quantities, and distribute a new vaccine any time soon.

Maybe there is a middle ground. If we could manage to create the tools (accurate, ubiquitous testing and effective contact tracing) and rules, including consistent use of masks and social separation, and, if necessary, return to sheltering in place, at least in some places, we could have a shot at getting America’s outbreak under control.

Unfortunately, though, if Donald Trump is once again inaugurated in January 2021, all bets are off.

Dr. Irwin Redlener is the Founding Director, National Center for Disaster Preparedness as well as a Senior Research Scholar, Earth Institute at Columbia University. Dr. Redlener is the author of Americans at Risk: Why We’re Not Prepared for Megadisasters and What We Can Do Now as well as The Future of Us: What the Dreams of Children Mean for 21st Century America. @IrwinRedlenerMD

Get The Daily Beast for $1