The planned closing of Mercy Hospital underscores the dramatic loss of maternity services in Chicago over the past year — reflecting the failure of local government agencies to adequately fund critical services in vulnerable communities. 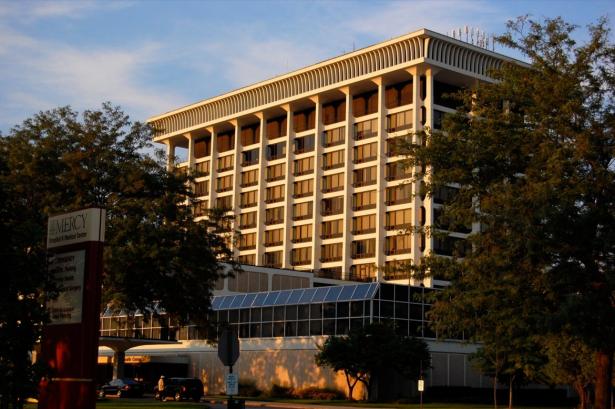 Mercy Hospital plans to close in 2021. It's one of just three South Side hospitals that offer maternity services., Eric Allix Rogers

In the past year, the number of hospitals offering maternity service on the South Side of Chicago has dropped from seven to three, including two hospitals that suspended services temporarily to accomodate a crush of COVID-19 patients.

And with news that Mercy Hospital plans to close next year, the situation has suddenly become even more dire.

Even before the pandemic, Black women in Illinois were six times more likely to die from pregnancy-related conditions than white women, according to a 2018 report from the Illinois Department of Public Health. The gap here is twice as large as the national average. While this is a national problem, it’s particularly acute in Chicago and Illinois. The vast majority of those deaths were preventable, according to the report.

Now COVID-19 “has starkly exposed the issue of disparities in the healthcare system,” said Danny Chun, spokesperson for the Illinois Health and Hospital Association.

Advocate Trinity, 2320 E. 93rd, and St. Bernard, 326 W. 64th, both suspended maternity units this spring in order to deal with an upsurge of patients with the coronavirus. Trinity has said it will reactivate its OB-GYN and labor and delivery services on August 17, and St. Bernard has not determined when it will reopen its unit, though a spokesperson said that, as of now, it does intend to do so.

Last year, Jackson Park Hospital, 7531 S. Stony, closed its obstetrics unit, and Holy Cross Hospital, 3701 W. 68th, suspended its OB-GYN services. Holy Cross, which is part of the Sinai Health System, said it’s working to address inadequate staffing levels that led to the suspension, according to a recent status update provided by the Illinois Health Facilities and Services Review Board.

That leaves maternity services currently available at just three South Side hospitals — Mercy, University of Chicago, and Roseland — and Roseland was recently under investigation since a pregnant woman and her unborn child died of a COVID-19 infection after waiting for three hours in the hospital’s emergency room. Roseland has said it has updated its screening and triage policies.

This week, the health system that owns Mercy announced plans to close that hospital, subject to approval by the state, citing unsustainable operating losses and major infrastructure needs. The oldest chartered hospital in the city, Mercy is the second-largest provider of maternity care on the South Side, with nearly 2,000 admissions in 2017.

The closings come as the COVID-19 pandemic has added to the already-disproportionate health risks faced by pregnant Black women and infants. First, Black people are at higher risk of complications and death from the virus. In Chicago, African Americans have died of COVID at a rate of 150 per 100,000, higher than any racial group and nearly three times the rate for whites. On top of that, pregnant women with COVID-19 are five times more likely to be hospitalized than non-pregnant women, and are significantly more likely to require intensive care and mechanical ventilation, according to a CDC report.

In July, IDPH reported that at least 1,089 women have had COVID-19 while pregnant and at least five had died. Nearly half of those infected were Hispanic and 23% were Black. But the department admitted that pregnancy-related statistics weren’t being kept systematically, estimating that actual numbers could be 30% higher.

Of the few publicly-reported, pregnancy-related COVID deaths, at least two — Lolita Davis, 31, who died during her pregnancy at Roseland, and Unique Clay, also 31 and the mother of three, who died shortly after being released from the University of Chicago Hospital, where she had given birth and tested positive for the virus  — were African Americans in South Side communities.

For Davenport-Williams, the failure of federal and state agencies to track data, including racial breakdowns, on pregnancy-related COVID cases and deaths reflects the ongoing neglect of the issue of Black maternal and child health. “They’re not paying attention,” she said. “It’s not a priority, and that’s because of systemic racism.” Davenport-Williams is a founder of Black Girls Break Bread, which provides social-emotional support programming in Chicago schools and communities. Her interest in health equity grew out of that work, she said.

She notes that IDPH does have a task force looking into the issue, and this year the state moved to carry out some of the recommendations of the department’s 2018 report, including extending Medicaid coverage for new mothers from 60 days to 12 months and expanding the home visiting program. And the Chicago Department of Public Health unveiled a Chicago Collaborative for Maternal Health last year.

But she believes government agencies fall short when it comes to ensuring that critical services are available to communities — and that gaps in health services have roots in Chicago’s long, ongoing history of segregation.

“Are we content with seeing Black pregnant women die when it can be prevented?” — Jessica Davenport-Williams

“When you make decisions like shutting down labor and delivery units in a community like Englewood, where you already have the highest infant mortality rates, where access to prenatal care is limited, where you have lowest incomes and the least access to transportation, and you expect women to travel a substantial distance to deliver a baby, it feels like it isn’t thought out,” Davenport-Williams said. “It reflects a lack of understanding of these communities.”

Access to transportation has to be considered, especially in communities with low rates of car ownership — and especially during the pandemic, when long trips on public transportation increase health risks for pregnant women, Chun said.

Lack of transportation — especially coupled with lack of communication — can have serious consequences, Davenport-Williams said. She told of a woman in labor, expecting to deliver at a community hospital, arriving to find that its maternity ward had closed, and being ambulanced to another hospital. “Even the 15-minute ride put her life at risk because she was hemorrhaging,” she said.

Jackson Park’s notice that it was eliminating maternity care listed 19 hospitals where its former patients could seek services — ranging as far as Loretto Hospital in Austin and Advocate Illinois Masonic in Lakeview.

Service reductions would seem to be supported by IDPH’s inventory of health services — released last September, when only Jackson Park had closed its unit — listing an excess of 80 maternity beds for the area that corresponds to the South Side. But that estimate includes an “out-migration” of 6,609 obstetrics patients seeking services outside the area each year, and Davenport-Williams is among those arguing that causes and impacts of that huge number should be discussed.

“There’s no adequate process I’ve seen to look at these decisions so we know what the impact is to the South Side and especially to Black mothers,” said Stephanie Altman, director of healthcare justice at the Shriver Center on Poverty Law. “How do we know these decisions aren’t being made arbitrarily on the assumption that people can go someplace else? Where is the impact analysis when you remove resources from underserved communities?”

A central factor in the cutbacks is the financial difficulty faced by the safety-net hospitals where maternity services are being eliminated. Chun said nearly two-thirds of safety-net hospitals are operating in the red or barely breaking even. And that was before the pandemic added immense costs and reduced revenues when elective procedures were shut down.

Those are the hospitals with the highest volume of Medicaid patients — and Medicaid reimbursement rates in Illinois are among the lowest in the country, Chun said. The shift to managed care in the past five years has added to the financial challenges, he said; private managed care companies have increased hospitals’ administrative costs by challenging a high percentage of claims, and then they often take “months and months and months” to reimburse providers.

The state recently enacted legislation that increases funding for safety-net hospitals and physician reimbursements, along with money to help health systems incorporate the facilities of hospitals that have been shut down, which Chun called “an important step.” But he points out that one-quarter of Illinois residents — about three million people — and more than half of births in Illinois are covered by Medicaid.

“If 51% of deliveries are [covered by] Medicaid, the funding models have to change,” said Davenport-Williams. “Are we content with seeing Black pregnant women die when it can be prevented?”

Curtis Black is an opinion writer for The Chicago Reporter.

Founded on the heels of the civil rights movement of the 1960s, The Chicago Reporter confronts racial and economic inequality, using the power of investigative journalism. Our mission is national but grounded in Chicago, one of the most segregated cities in the nation and a bellwether for urban policies.

Keep up with The Chicago Reporter. Sign up for our eNewsletter.