On Socialist Vietnam’s Response to COVID-19

Vietnam dare to win, dare to beat the Corona Virus! 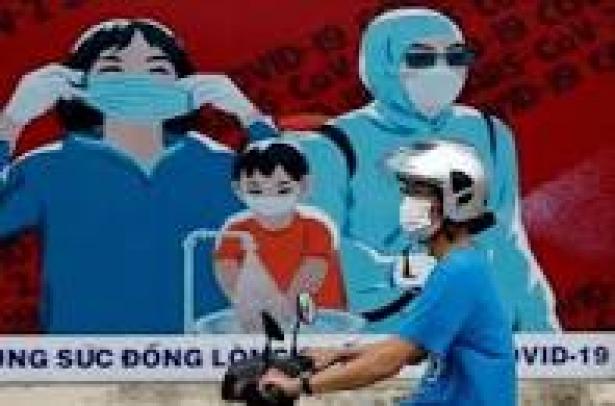 Tonight, I'd like to talk about Vietnam’s experience in combating COVID-19.  The first case of COVID-19 in Vietnam was on January 23, 2020 and between then and early July there were about 200 cases of infection and no deaths. The 2nd wave of the new strain of COVID-19 started on July 11th.  Even with this second wave, as of 5:00 am today, Vietnam has recorded only 1,034 cases with 29 deaths.  Many of those who died had terminal illness and some cases were related to long-term illness from Agent Orange toxins.

This page: https://ncov.moh.gov.vn/ is the official Ministry of Health, instant reporting site, data is submitted directly from local hospitals across the country.

The second wave of COVID-19 is centered in Da Nang, which is the third largest city in Vietnam, and a major tourist destination and transit city for foreign workers. The second largest hot spot for Agent Orange/dioxin in the land and water is here in Da Nang.

How did Vietnam, a developing country still dealing with the impact of the United States’ chemical warfare, manage to achieve such impressive results?

First and foremost is the dedication to defeat COVID-19 with a priority on saving lives. Early on the Prime Minister of Vietnam declared that the entire country would focus all of its human potential and economic and technological capacity on ending the pandemic. They called it a campaign like the campaigns Vietnam fought to win national liberation.  Their slogan was “Vietnam dare to win, dare to beat the Corona Virus.”  Preserving human life and health was the highest focus rather than Vietnam’s economic growth!  Re-opening the economy was only done when it was deemed safe for workers and their communities.

Vietnam is a socialist oriented market economy.  To deal with COVID-19, the Communist Party in Vietnam applied socialist values and strategy to overcome the weaknesses of the market economy.  The Party and the government did a materialist analysis of COVID-19 -- of where it and to whom it was being transmitted and how it could be fought. They took into account the real conditions in Vietnam. As a mid-level developing socialist country, Vietnam could not rely on an abundant supply of high-tech medical equipment but could rely on a public health system that had been built up for many years to serve the people. While Vietnam’s hospital system varies in quality its preventive health and public health planning and response is impressive with a serious investment in public health infrastructure such as emergency operations centers.  Vietnam also learned from its experience in earlier SARS and avian influenza pandemics.

Vietnam decided to focus on stopping the outbreak before it spread widely using contact and community tracing, testing where available and a massive public education and outreach program.

In the areas where COVID-19 had spread, Vietnam shut down non-essential businesses and schools. In neighborhoods with a high incidence, residents were placed under strict quarantines.  People were asked to stay in their homes to avoid further transmission and were provided with food, medicine and medical care. People coming from overseas underwent a mandatory two-week quarantine in hotels or other centers where they were provided with free food lodging and medical treatment.

Everyone had access to treatment whatever their financial status.  Masks and PPE were widely available to medical people, to essential workers and to ordinary people.

Vietnam utilized the latest science to study the strains of COVID-19 from the 1st to the 2nd wave. Early on they developed a comprehensive system of contact tracing using a community model that extended down to the grassroots level, the urban neighborhoods and rural hamlets. Leaders told the truth to the people, early and often, about the science of COVID-19 and what people could do to prevent exposure.

Vietnam was very quickly able to get factories to pivot to producing everything from PPE to medical equipment.  Science and technology experts played a role by inventing phone applications that allowed people to see if people were infected with COVID-19 within a certain radius. Signing up for these apps was voluntary and popular.

Information and cultural workers were mobilized to educate, update, inspire and mobilize the people to fight COVID-19.  Colorful banners on the streets, announcements on TV, and daily briefings by the Prime Minister and City leaders, conveyed a clear, practical, consistent and compassionate message.  The government through its ministries, particularly the Ministry of Health, mobilized broader networks to disseminate instantaneous information through central online platforms.  Together with health workers, young artists produced a popular song showing people how to wash their hands properly which was widely circulated on Vietnamese media and internationally. This consistent information and cultural work prevented the spreading of misinformation and rumors.

Everything we've just described has been covered by the international press. What has not been a focus, and what is, in fact, most crucial to Vietnam’s success, is people’s power and socialist democracy in Vietnam!  This was described by Exemplars in Global Health as, “A strong whole-of-society approach [that] engages multi-sectoral stakeholders in decision-making process and activate[s] cohesive participation of appropriate measures.” This is the human protagonism in socialism, and it is what made all the difference in Vietnam’s ability to do so well in fighting COVID-19.

The campaign against COVID-19 was carried out by the Communist Party, the mass organizations and the whole people. With the Party playing the key leading role in setting the policy and strategy it mobilized the Party members from the grassroots, to the provinces, to the national level to develop, explain and implement the COVID-19 strategy.

The neighborhood block associations played a complimentary role to that of the party and the mass organizations. These block organizations constitute the smallest unit of community organization and exist in many streets in cities and the countryside across Vietnam. Neighbors helped their neighbors to identify symptoms of COVID-19 and to access medical care. They helped enforce mask wearing and other quarantine rules by exerting social pressure in their collectively oriented communities, curbing any self-centered or selfish behavior.  There were no armed protests against the quarantine in Vietnam as there were here in the US.

One of the hallmarks of a socialist society is the ability to do analysis of time, place and condition and develop strategy and tactics to meet the needs of the people at that time. This goes together with regular assessments of what was successful and what was not, drawing lessons for improvement. Criticism/self-criticism is practiced to strengthen people's work, using their strength to overcome their weaknesses.  This allowed Vietnam to identify complacency after the first wave of the virus as a problem and to take corrective measures to stem the second wave with popular mobilization.

Vietnam’s response to COVID-19 has an internationalist focus as well. Cuba and Vietnam have a particularly strong cooperation: Cuba sent Vietnam a team of medical experts and thousands of vials of an antiviral drug, Interferon alfa-2b, to fight against COVID-19.  Vietnam recently donated 3 tons of medical equipment to Cuba, including rapid test kits, masks and protective suits along with 5,000 tons of rice.  Vietnam also helped others countries suffering from the pandemic, even sending donations of PPE to Europe and the U.S.

You can see how differently socialist Vietnam manages the COVID-19 crisis from the US. In Vietnam, people's level of confidence in the Communist Party and the government has been strengthened by the achievements of the campaign to defeat COVID-19. People feel a strong sense of pride, as the country has come together to support everyone, and to do what few other countries have been able to do.

Portside thanks the authors for sharing this piece.