Activists called it a “No Labor Day” event, as they unveiled a report Monday finding appalling diversity statistics within apprenticeship programs run by Illinois trade unions. 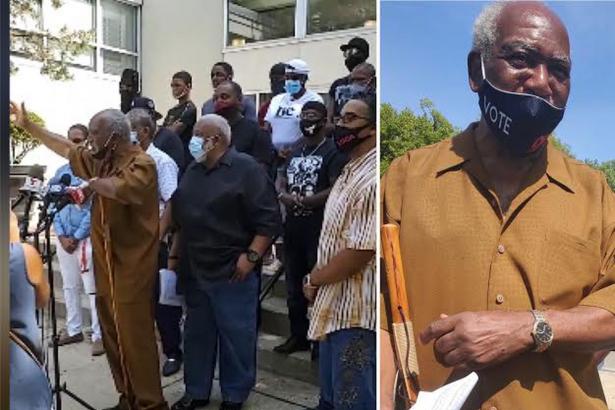 Appalling diversity statistics within a report unveiled on Labor Day underscores the historic complaint that the nation’s trade unions continue to exclude people of color from their ranks, specifically those in Illinois. Activists shared the report’s find,

Activists called it a “No Labor Day” event, gathering with unemployed Black men and women Monday as they unveiled appalling diversity statistics in a new report that turns a spotlight on systemic racism within trade unions, specifically, those operating in Illinois.

CBUC brought the issue into prominence as far back as the 1970s by shutting down construction sites.

Based on U.S. Department of Labor statistics from 1999-2018, the CBUC report finds apprenticeship programs of 62 Illinois trade unions remain mostly white — five of them completely segregated; 15 with less than 20% persons of color; and 13 with 20 to 30% persons of color.

“I couldn’t believe that in the year 2020, after all the marching, all the demonstrations, there are still unions that have frozen out African Americans. I had to get a magnifying glass to make sure I was seeing these numbers right,” said Davis, who called for federal and state hearings, reaching out to the Department of Labor and Office of Civil Rights.

“We’re going to have to do something about it. Don’t tell us there is no room at the inn, because if there’s no room, then we just have to kick the door down and come on in anyway. I’m tired of seeing young men on my block standing around with nothing to do, because they can’t get into these trade unions.”

Davis, who turned 79 on Sunday, has long battled the issue since his days as an alderman, alongside Palmer, current CBUC Chairman Eddie Read and Soft Sheen founder Ed Gardner. Such efforts advanced under former Mayor Harold Washington in the 1980s, then fell off.

Some of the unemployed at Monday’s event are certified in skill trades but hit brick walls in seeking union work. Others were unable to apply for the apprenticeships that lead to living-wage careers.

“I’m just disgusted, angered that we’re still fighting for something we were fighting for in the ’90s, when my mother was alive,” said Guana Stamps, 55, of Humboldt Park, whose three sons are seeking pathways to becoming electricians or plumbers.

Stamps is daughter of the late legendary activist Marion Stamps, who fought for public housing residents during the 1980s and 1990s, and in July, she testified before the City Council, saying that eradicating racism in unions would create jobs and help solve Chicago violence.

“A gun won’t fit in a hand that’s got a hammer in it,” Read said Monday.

Read hopes the post-George Floyd spotlight on racism will finally force the unions to change. To help that along, CBUC is currently compiling testimony from workers denied jobs, for a potential class-action lawsuit.

“An ordinance passed under Mayor Washington stipulated workers on public works jobs must be 50% city residents. We don’t believe that’s enforced,” Read said. “All the Black children who graduated from trade programs at high schools like Dunbar, CVS and Simeon between 1999 and 2018 believed they could enter the trades. These numbers clearly show they could not. So we believe they too have standing in a class-action lawsuit.”