While Biden remains generally ahead in the polls, the race in key states like Pennsylvania and Florida has tightened - because Biden is falling short with key constituencies, groups that he’ll still win, but maybe not with the strong turnout he needs 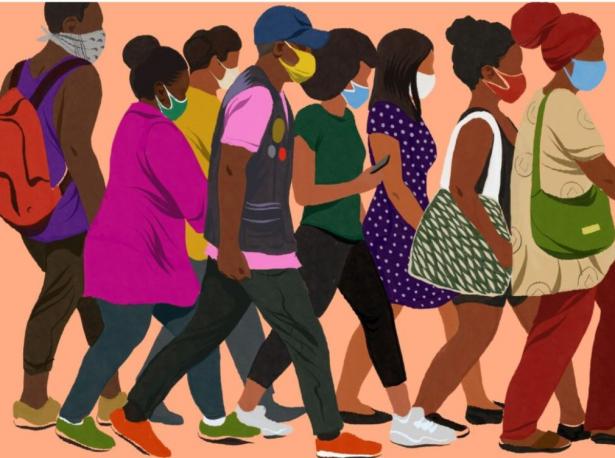 With Trump’s aggressive attacks on the election process, the surest way to block his push for a second term is to beat him by a decisive margin. Is the cautious, slow-moving Biden campaign up to that task?

While Biden remains generally ahead in the polls, the race in key states like Pennsylvania and Florida has tightened. That’s because Biden is falling short with key constituencies – groups that he’ll still win, but maybe not with the strong turnout he needs.

“This kind of enthusiasm gap can be extremely dangerous to a candidate,” political scientist Jaime Regalado wrote last week. ”Hillary Clinton learned this the hard way in 2016”

Since May, Latinx organizers have warned that the Biden campaign is neglecting their communities. Despite those alarm bells, the Democratic convention in August featured more Republican than Latinx speakers, and now most polls show Biden with weak support among Latinx voters in Florida. Yet his campaign’s focus on Republican voters hasn’t really paid off, drawing just 5% of their support. Meanwhile a poll of Black voters in six swing states this summer found that among those under 30, only 47% had made up their mind to cast a ballot for Biden. They are “not sold on Biden, the Democrats, or voting,” the survey found.

We don’t know what the last weeks of the campaign will bring, but one thing is clear. Defeating Donald Trump is too important to leave up to the Biden campaign.

Getting Trump out of office starts with deeper voter engagement than in 2016, when Hillary Clinton won fewer votes than Barack Obama did in 2012. That requires sustained outreach to “the other swing voters,” as Ibram X. Kendi describes those who swing between voting for a Democratic candidate or not voting at all. The Biden operation is not really built for that task.

But fortunately, others are.

Grassroots organizations in working-class communities and communities of color are tackling this work. New Florida Majority, Pennsylvania Stands Up and many others have been active in their communities for years, and they know the terrain. They know how to reach people who might not otherwise cast a ballot. And if we want to defeat not just Trump, but Trumpism, we’ll need groups like these, that continue to organize after the election is over.

In conversations with disenchanted voters, a group doing long-term organizing can have more credibility than a candidate’s campaign. They’re working in the community 12 months a year, not appearing at election time and then vanishing after. They’re not just trying to extract a vote and move on – they’re making a connection, and building a movement that will continue after November 3. These grassroots groups are working to change their states in a way that lasts.

A growing number of blue-state activists are deciding that the most effective thing they can do in 2020 is volunteer with a swing-state community organizing group. It’s a way to contribute to Trump’s electoral defeat, without giving the Biden campaign a blank check for their time and energy. It’s a way to elect progressive candidates and defeat Republicans in down-ballot races. And it builds the power of a locally rooted group that will still exist when this election is over.

We work with Seed The Vote in California and Water For Grassroots in New York, two projects that connect community-based groups in swing states with volunteers who live elsewhere. These projects started because we all have a role to play in defeating Trump. We may not be able to cast a ballot in a swing state, but we can talk to swing-state voters and link them with local organizing efforts.

FLORIDA, PENNSYLVANIA, ARIZONA AND BEYOND

Our swing-state partners include New Florida Majority (NewFM), a grassroots group that has built one of the top voter-registration operations in the state. NewFM played a central role in passing Florida’s 2018 referendum on restoring voting rights to people with past felony convictions, and it helped bring Andrew Gillum and his progressive platform to within a half-point of victory – the best result for any Democratic candidate for governor in more than 20 years.

Another is Pennsylvania Stands Up (PASU), a statewide network with 9 chapters. PASU’s Philly chapter, Reclaim Philadelphia, was a leading force in electing Larry Krasner as district attorney on an anti-incarceration platform. Lancaster Stands Up helped progressive populist Jess King wage a surprisingly strong challenge to a Republican incumbent in Congress, while building 11 local teams across the county and expanding its membership to over 1,000 in 2018. This year PASU chapters have built mutual aid networks, fought against utility shutoffs in the pandemic, and won a string of primary victories against establishment candidates.

In Arizona, groups like LUCHA (Living United for Change in Arizona) are building the power of Latinx communities in what used to be a Republican state. LUCHA took on the Republican legislator who wrote Arizona’s unconstitutional “show-me-your-papers” law (SB1070) and threw him out of office. It helped do the same with anti-immmigrant Sheriff Joe Arpaio, and won a statewide minimum wage increase through a historic referendum. In 2020, LUCHA aims to build on its success in the June primary and flip the state (including a U.S. Senate seat) in November.

THE COMBINATION NEEDED TO PROTECT THE RESULTS

These groups and others we work with – Detroit Action, Durham For All, Mijente, and more – combine movement organizing with election action. And that’s experience we’ll need if Trump tries to cling to power after losing the vote. In that situation, challenging Trump in the courts will need to be matched by taking to the streets.

Unsurprisingly, Biden’s staff appear to be looking at only one half of that equation. For their election protection program, “Joe Biden’s campaign is recruiting lawyers, not organizers,” noted social-movement scholar Frances Fox Piven and Deepak Bhargava, former director of the Center for Community Change. To fill that gap, grassroots groups that know how to organize mass protests and civil disobedience will have a crucial role to play. Electoral work that helps these groups strengthen their local networks is a way to get prepared.

“Our communities cannot take four more years of an administration that rolls back our access to basic human rights, enables violence against our people, and keeps our movements on defense with attack after attack,” Seed The Vote emphasized this summer. “We knew this before the pandemic, but this crisis shows us more than ever the urgency of defeating Trump and sowing the seeds of a better future for all of us.”

VOTING FOR A TERRAIN OF STRUGGLE

Biden is not our savior. If he wins, on many issues he will be our opponent. But a Trump defeat can open up possibilities for organizing that won’t exist if he remains in office. “We are voting for a terrain of struggle,” says New Florida Majority’s Andrea Mercado. “In Florida we’ve lived under decades of right-wing and authoritarian rule, and seen the impact that has on our rates of incarceration, voter suppression, immigrant rights….We have a responsibility to shift this country to a place where other political victories are possible.”

Trump’s escalating attacks on basic democratic rights pose a special kind of threat. At stake is “how we can support ourselves and our own ability to continue to organize and place pressure on those in power,” argues Angela Davis. “If we want to continue this work,” she told Democracy Now, “we have to persuade people to go out and vote to guarantee that the current occupant of the White House is forever ousted.”

If you agree it’s important that Trump be defeated, don’t just cross your fingers and hope. Don’t think that because you live in a Democratic state, this isn’t your fight.  Fannie Lou Hamer said it best: “You can pray until you faint, but if you don’t get up and try to do something, God is not going to put it in your lap.”

[Emily Lee is a co-founder of Seed the Vote in California; Peter Hogness is a co-founder of Water For Grassroots in New York. Both groups are mobilizing volunteers to contact voters in critical swing states. Lee is also director of San Francisco Rising Action Fund, which builds the political power of working-class Chinese, Latinx, Black, and Filipino communities. Hogness is former newspaper editor for a public-sector union in NYC.]

A shorter version of this article was first published in The Guardian.