Biden has, at times, seemed sympathetic to Republican arguments to increase the age of retirement as a way to keep Social Security solvent and to modify how benefits are calculated adjusting for inflation -- maybe resulting in lower benefits. 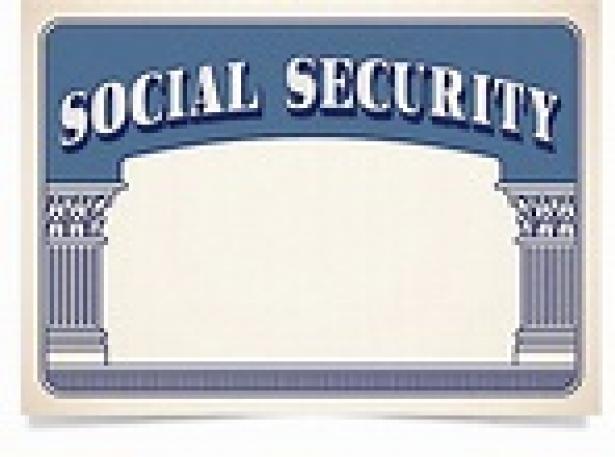 Earlier this year, Donald Trump tried to bribe voters with a deeply irresponsible tax holiday that was aimed at delaying months of payroll taxes, which are used to fund Social Security and Medicare, for low-to-middle income earners.

Running for re-election, Trump marketed this as a gift to taxpayers, even though, in reality, it was just a deferment. Because of that, relatively few employees and employers took Trump up on the offer of not paying these bills. However, more perniciously, Trump began talking about permanently scrapping the system of payroll taxes that have sustained Social Security since the 1930s. In response, the chief actuary of the Social Security Administration warned that the Social Security trust fund could head toward insolvency within a matter of just three years.

The first change would expand the amount of revenue brought in for Social Security through further taxing super-rich Americans. Assuming he can get congressional buy-in on the needed legislation, Biden wants to change which income is subject to a payroll tax. Currently, all income up to $137,700 is calculated as Social Security-taxable income. In Biden’s plan, that current limit would hold and all additional income between $137,700 and $400,000 would still not be subject to Social Security taxes. But, for the richest portion of Americans, who earn more than $400,000 annually, the dollars they earn above the $400,000 threshold would again be subject to payroll taxes, and these wouldn’t be used to increase the affluent payee’s Social Security benefits but instead to shore up the solubility of the entire Social Security system.

This feeds into the second big change Biden is proposing, which would raise the minimum Social Security payment to 125 percent of the federal poverty line, thus lifting millions of seniors out of poverty. After all, last year, according to the Census Bureau’s supplemental poverty measure calculations, 12.8 percent of Americans over the age of 65 lived in poverty. If Biden succeeds in pushing through this reform, no senior citizen who has worked for at least 30 years would be receiving less than $15,920 per year when they retire — and that number would be indexed not to inflation but to changes in the average wage rate nationally.

That’s all to the good. What’s less welcome news is that, as Bernie Sanders pointed out during the primaries, at various points in his long career Biden has gone on record to suggest that he would be open to changes in Social Security — including modifying how the benefit is adjusted for inflation — that might result in lower payments for some. Biden has also, at times, seemed sympathetic to Republican arguments about increasing the age of retirement as a way to keep the Social Security system solvent.

As Biden now starts to put his cabinet together, faced with the possibility of Mitch McConnell’s GOP retaining its Senate majority and blocking many of his cabinet nominations, his approach to Social Security is becoming clearer.

Yes, Biden is committed to his twin policies of raising more revenue for Social Security and increasing payments for low-income seniors. But he is also apparently contemplating putting his long-time adviser – and chief of staff during his vice-presidency — Bruce Reed, in charge of the Office of Management and Budget. Reed is a deficit hawk who, when he was part of a post-2008 commission tasked with coming up with proposals to keep the Social Security system afloat, supported raising the retirement age and implementing other cost-saving measures. This is a potential hiring choice that has set off alarm bells amongst progressives, with groups such as Social Security Works coming out loud and clear against Reed being moved into the Office of Management and Budget job.

But it’s not only Reed whom progressives are concerned about. Biden has also floated the possibility of including some anti-Trump Republicans in his big-tent cabinet, including ex-Ohio governor John Kasich and business executive (and one-time California gubernatorial candidate) Meg Whitman.

On Monday, Biden announced that Janet Yellen was his choice for Treasury Secretary. But the rest of his economic team has not yet been set in place; so far, the Labor and Commerce Secretaries and the Office of Management and Budget chief haven’t been selected. There are, however, plenty of names being bandied about, from Elizabeth Warren and Bernie Sanders on the left to more centrist economists such as Jared Bernstein and Federal Reserve board member Lael Brainard.

At its best, the sort of broad ideological coalition that Biden seems to be envisioning for his cabinet could serve to break through the endless series of roadblocks that the GOP in Congress seems entirely determined to put up against the Biden presidency and agenda. But the risk of such a coalition is that in being so broad, it could end up diluting core policy goals and values.

In the main, Biden’s ideas on Social Security are good ones. Now, he has to put in place cabinet members willing and able both to sell these ideas to the general public and help Biden navigate a Congress that managed to pass the Affordable Care Act in 2010 but that, since then, has proven largely unable to engage with big-picture, structural reforms.