The Capitol Riot: Documents You Should Read

The Pentagon’s timeline of its response to the January 6 mob attack on the Capitol features multiple discrepancies with the public record, while the first federal indictment details specific legal charges that likely will be brought against others 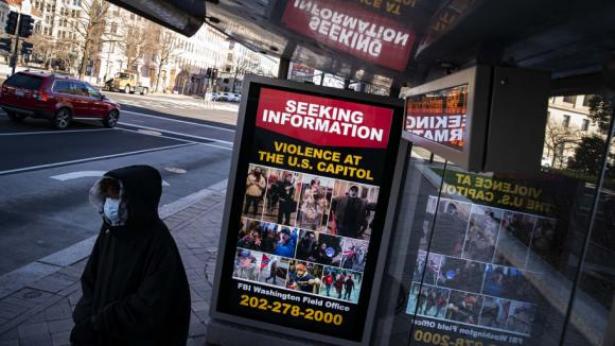 Washington, D.C., January 13, 2021 - The Pentagon’s timeline of its response to the January 6, 2021 mob attack on the U.S. Capitol features multiple discrepancies with the public record, while the first federal indictment of mob participants details the specific legal charges that likely will be brought against others, according to the documents in the National Security Archive’s first "January 6 Sourcebook" posted today.

The Sourcebook, subtitled “documents you should read,” includes:

* the Dissent Channel message signed by more than 100 State Department employees denouncing the attack as undermining the U.S. promotion of democracy abroad (published by Josh Rogin of the Washington Post in his Twitter feed);

* the Department of Homeland Security threat assessment from October 2020 warning that violent white supremacy was “the most persistent and lethal threat in the Homeland” (published by Lawfare);

* the FBI poster “seeking information” on “violence at the U.S. Capitol”;

* the text of the speech by President Trump at the Ellipse just prior to the mob marching on the Capitol (published and annotated by the Washington Post);

* the Congressional Research Service report detailing the steps Congress was taking to certify the presidential election vote when the mob interrupted (posted by Steve Aftergood of the Federation of American Scientists); and

* the federal grand jury indictment of one of the mob members, Mark Leffingwell, citing five different sections of the U.S. Code violated by the mob. (First reported by Josh Gerstein of Politico.)

The January 6 Sourcebook publication marks the beginning of a systematic campaign by the Archive, a champion of the Freedom of Information Act, to use the FOIA to open the documentary record of what the government knew and when, and what the government did and didn’t do and when, about the mob attack on the Capitol. Archive staff have already drafted more than 75 specific, targeted FOIA requests to multiple federal agencies.

The Pentagon timeline in particular has already drawn skeptical attention, with District of Columbia officials disputing the Pentagon’s account of exactly when it signed off on deployment of National Guard troops to the Capitol. The document itself exposes an unexplained almost two-hour gap (1:05 p.m. and 3 p.m.) between the acting Secretary of Defense, Christopher Miller, hearing from “open sources” that the mob attending Trump’s speech at the Ellipse was moving towards the Capitol, and Miller’s approval of any troop deployment. By that time, the mob had already taken the Capitol.

The Trump speech, which the president defended yesterday as “totally appropriate,” included multiple inflammatory sequences, according to the full transcript published and annotated by the Washington Post and the video published in the New York Times’ reconstruction of the riot timeline. “So we are going to walk down Pennsylvania Avenue — I love Pennsylvania Avenue — and we are going to the Capitol."

This dissent channel message, signed by over 100 State Department employees, states the authors’ emphatic opposition to President Trump’s ongoing, baseless accusations of voter fraud during the 2020 election, and his incitement of the fatal mob attack on the U.S. Capitol Building. The authors call on the Department to “explicitly denounce President Trump's role in this violent attack on the U.S. government.” The cable, which was first reported on Twitter by The Washington Post’s Josh Rogin, also states that the “Department's public statements about this episode should also mention President Trump by name. It is critical that we communicate to the world that in our system, no one -- not even the president -- is above the law or immune from public criticism.”

The text or existence of any Policy Planning response to this Dissent has not been made public.

FBI warned of white supremacists in law enforcement 15 years ago

The FBI flier “Seeking Information: Violence at the U.S. Capitol” includes ten images taken during the riots and states: “The Federal Bureau of Investigation’s (FBI) Washington Field Office is seeking the public’s assistance in identifying individuals who made unlawful entry into the United States Capitol Building and assaulted federal law enforcement personnel on January 6, 2021, in Washington, D.C.”

Despite Trump’s claim in January 6 speech that he knows his supporters will march to the Capitol “peacefully and patriotically”, he ends speech urging mob to give “weak” Republicans “the kind of pride and boldness that they need to take back our country.”

The Congressional process interrupted by the mob

Congressional Research Service, “Counting Electoral Votes: An Overview of Procedures at the Joint Session, Including Objections by Members of Congress,” December 8, 2020

This 10-page CRS report describes in detail the specific procedures used for counting electoral votes and the legal bases for the process, and dates from December 2020, after the Trump campaign had already failed in several dozen court challenges to the certification of votes for president in various states. Members of Congress were in the midst of lodging objections, repeating several of the false claims made by President Trump in his speech to the crowd just minutes earlier, when the mob broke into the Capitol on January 6.

Two days after the riot, the Defense Department released a three-page timeline in an attempt to answer mounting questions about the catastrophic decision to delay sending in the D.C. National Guard to assist the Capitol Police. The Washington Post reports that “a senior D.C. official expressed skepticism that some details in the Pentagon timeline are accurate.” Namely, that while the Pentagon said it approved activating the National Guard at 3:04 p.m., neither D.C. Mayor Muriel Boswer nor acting D.C. Metropolitan Police Chief Robert J. Contee III received word from the DOD to that effect until nearly 3:30 p.m.

Grand Jury indictments of Rioters Begin to be filed

Source: U.S. District Court for the District of Columbia

This federal grand jury indictment of Mark Leffingwell, which was first reported by Politico’s Josh Gerstein, cites five different sections of the U.S. Code violated by the mob -- for a total of seven counts. Counts include Violent Entry and Disorderly Conduct in a Capitol Building, and Act of Physical Violence in a Capitol Building.

The George Washington University’s Program on Extremism is maintaining a central, continually-updated database of the court filings related to the assault here.