This examination of how the digital world portrays food directly, represents people engaged in all aspects of food, and affects the politics and economics of the food world, foreshadows some of the directions the larger world of food is taking. 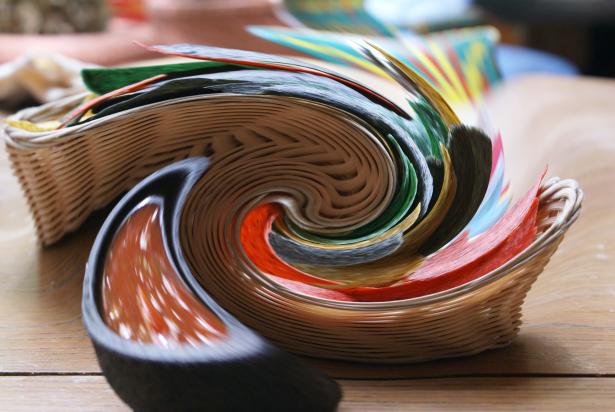 Tania Lewis has written an excellent and comprehensive book about the ways in which all aspects of the digital world portray food directly, represent people engaged in all aspects of food, and affect the politics and economics of the food world. She is concerned about the overreliance on digitalization of food, also suggesting invasions of privacy by industry and government. Lewis also sees hope for an increase in consumer action and its potential for participation, and cooperation using digital media. Her book is a great source of research in these many areas, especially for readers unfamiliar with this field. This book was written before the Covid-19 epidemic. It foreshadows some of the directions the larger world of food is taking; that will be addressed throughout this review.

The digitalization to which Lewis refers covers all aspects of food industries. Initially, she addresses the presentation of food on social media platforms, seeing changes significantly different from the ways in which it had been presented in print and on tv. Social media, including Facebook, Instagram, and YouTube, have provided the opportunity for new chefs and cooks—as well as past ones—to prepare foods for viewers to follow. This, she adds, is a world-wide phenomenon. Lewis also sees newcomers to these platforms changing the ways in which women and men are seen engaging in food preparation as cooks and chefs. These media platforms allow people to become “food stars” and take on specific personas. She contends that men, including different categories of men such as “Dads in the Kitchens, are supplementing women as platform “star” cooks (pp.78-9.) Women are then re-relegated to subordinate roles in areas that were and have been “traditionally” theirs.

All these changes in this aspect of food are built on a new world of creating and plating food that involve viewers in learning new skills. Depending on the chef and her/his location, there are different levels of technical expertise and commercial connection. Sound and visual experts are engaged. Different players in the food media and food industries may also sponsor sites. Furthermore, different ways of engaging, not just in food presentation, but in food consumption, are delineated. People can eat along with the chef or cook with her or him. People can go to a dinner equivalent of an Airbnb, sharing a specific chef’s cooking and/or a specific locality’s food.
Highly digitalized automation has already changed the food industry. One striking example is “Flippy”, the robot hamburger maker that can cook multiple patties at once (see, for example, Dormehl 2020.) Digitalization and, most visibly, food media in the wider world of food are changing during the Pandemic, given the evolving ways of food preparation, eating, and dining in restaurants during the Pandemic. In supermarkets, for example, more floor space and inside digital technology are being purposed for digital ordering (see Severson 2020; Silverstein and Wells 2020.)

Furthermore, digitalization in general and digitalization in the complex world of food has changed and will continue to change the ways in which food is grown, tracked, prepared for sale, sold, and then cooked inside the home. Of particular interest for Lewis is that the home is now a digital processing center. People use their different devices to get and then follow recipes, putting their phones, I-pads, laptops in the food preparation area. Smart devices link up cooking devices throughout the house; these trends will continue.
Such a reorganization, however enriching it is to the people involved, brings along changes. One change is in technical roles for devices and for the people operating them. One example: whoever is the “techie” in the house is tasked with making sure everything continues to work right. Often that is the man. [It may also be the computer savvy child.] Second is the real use of energy. Energy consumption for smart devices is now higher in the residential home in comparison to what it was before computers were widespread and the carbon footprint of these devices is greater. On the opposite side, workers who prepare the food anywhere along the line may be relegated to less significant lines and wages. One example: currently, the Pandemic has significantly increased the numbers of low-paid delivery gig workers from restaurants and food preparation kitchens (Hund-Mejean and Escobari 2020.)

There is also another positive outgrowth of digitalization—food sharing. People can “visit” each other by Zoom or any other similar platform. This extends communal sharing and enhances social networking. It provides many opportunities for people to act communally and thus politically (pp. 120-122.) This point will be addressed shortly. Digital meal sharing is and will be especially crucial in times of family gatherings and national holidays during the Pandemic (Masur 2020.)

Lewis sees significant consequences to digitalization around food issues. Consumers at all levels can become citizen activists. They can use technology much more easily to research all aspects of the food chain. There are many directions digitalization can go. “Bad” corporations can be examined and targeted for “apptivism.” Lewis reviews the campaign against Monsanto in particular (pp. 162-3.) She sees it as a significant success story. On the corporate side, however, she sees corporations using social media to enhance their images as well.

On the positive side for “apptivists,” people using social media for political purposes, communal and cooperative action can be initiated and facilitated. That includes notifying people of events, organizing communal activities, sharing of food, and engaging more on a personal level. She presents an excellent example in a blitzing campaign that organized a collective effort to start a food garden in a neglected suburban back yard (pp.151-2.) The campaign was facilitated by the easy use of social media to get people to local activities in a quick manner, say, in comparison to older forms of communication like telephone trees and mimeoed lets. This takes on special qualities in terms of the necessity for food kitchens for low-income people without food, as Haiderer notes (2020.)

Lewis sees continuing and evolving changes in increasing digitalization of food-chain related activities. She also sees that social media and the research abilities of computers are providing opportunities for people to become more politically and socially active around food. Her words say it best:
Instead of smart kitchens and privatized consumerist citizens, future food imaginings would embrace more global and collective opportunities for sharing culinary knowledge, pleasure, and skills. As Digital Food has suggested, peer-to-peer -[sic]driven and supported wiki-style food platforms are not at all an unimaginable scenario in today’s online culinary culture, a culture which is founded largely on the creative labors, passions, and concerns of ordinary householders like you and me (pp.176-7.)

Digital Food is an excellent resource about current research in this area, especially for someone unfamiliar with digitalization in all its aspects. Pre-Pandemic, there are several issues that should be addressed in any future studies of digital media by specific populations. One is how people with disabilities use digital resources in accessing food related activities. (See https://www.healthypeople.gov/2020/topics-objectives/topic/social-determinants-health/interventions-resources. )

Another issue that should be addressed is how seniors are changing in terms of their technology use as well. Before the Pandemic, seniors were increasing their use of food related digital media. During the Pandemic, Glazer notes a 428% increase in seniors ordering food digitally, by June 2020 (Glazer 2020.) These changes, however, do not sufficiently address the need for food security for many low-income groups of seniors in the United States and elsewhere (see, for example, Goger 2020.)