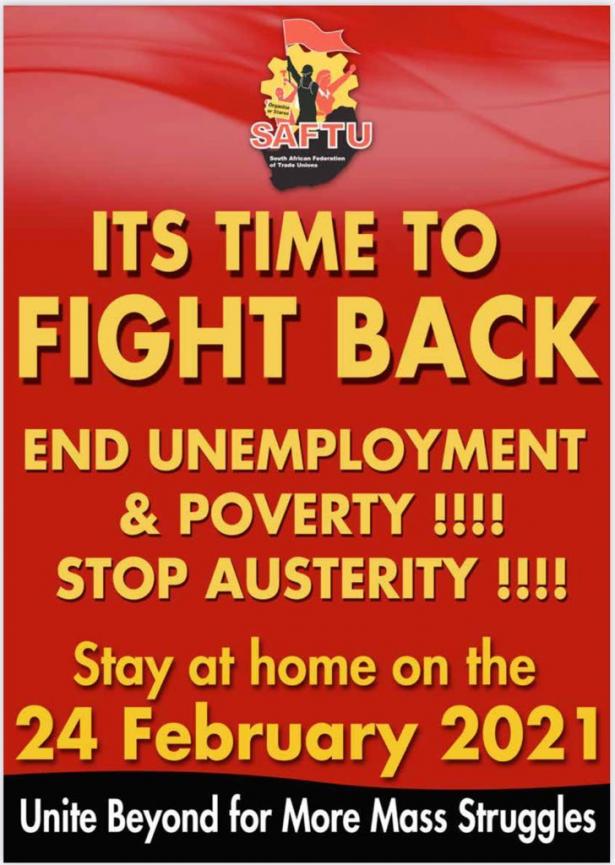 South African Federation of Trade Unions (SAFTU) gets the word out, via Twitter

Thousands of people across the globe took part in celebrations of the second annual ‘Red Books Day,’ commemorating the publication of ‘The Communist Manifesto’ on February 21, 1848.

The social explosion [in the recent constitutional crisis] made it clear that there was not one opposition but two. There are the Concertation parties (from the Christian Democracy to the Socialist Party) which have come to terms with the ultra-neoliberal system and the Pinochet Constitution. And there is the left around the Communist Party and the Frente Amplio, which really wants to tackle the causes of inequality and poverty.

In October, negotiations took place between the entire opposition for the organization of primaries for local elections. The aim of the Concertation was to attract the Frente Amplio and to isolate the Communist Party of Chile. The maneuver failed. The majority of Frente parties and activists refused to unite with the ex-Concertation without the Communist Party.

On November 27 a first agreement was signed between the Communist Party and the Frente Amplio for the local elections. Another will be made public in the coming days: the two parties will present unitary lists for the Constituent. This rapprochement is strategic.

Christian Democracy wants ex-Concertation primaries only. The Socialist Party is divided between a majority attached to the liberal system and a strong minority which is ready to support Jadue if not in the first round, in the second without hesitation. The Socialist Party risks experiencing strong internal turbulence as we get closer to the presidential election and we will have to choose between ultra-neoliberalism and anti-neoliberalism.

The right of Frente Amplio, when leaving Frente at the beginning of December, made it clear: they do not want to support Jadue, unlike the left majority of Frente Amplio. In an internal vote last Sunday, two-thirds of Frente Amplio activists voted for the alliance with the Communist Party, less than 30% with the ex-Concertation.

Chile, 50 years after Allende’s victory in the 1970 presidential election, is rediscovering its traditional division into three blocks: the right, the center-left and the left. The only fundamentally different element in this recomposition is that before 1970 the PS was part of the left and not of the center left as it is today.

The new recruits to the women’s rights group, Somos Muchas, are mostly young women  who have been moved into action by recent events. It is a sign that change is still possible in a country with some of the most severe restrictions on abortion in the world.

Myanmar woke up on Monday to a nation in which many businesses, from markets to restaurants to roadside vendors, were shut down—and would remain so for the whole day—as people went out to join the strike.

Thailand’s pro-democracy protesters took to the streets anew on Tuesday, massing around police headquarters in Bangkok after seizing on revelations of a pay-to-play promotion culture within the Thai police force.

Kim Jin-suk, a former welder at Busan’s Hanjin Shipyard who is in the midst of battling breast cancer, is walking more than 400 kilometers to Seoul in order to force reparations for her unjust firing decades ago.

As many thousands of farmers continue their protest against new farm legislations from the Modi government, a remarkable number of women are not only braving the rough weather by participating in these demonstrations but are also leading from the front.

The collapse of Lukashenko’s statist model of capitalism has fed mass discontent with his rule — but the liberal opposition's own promises of change also drew skepticism among working-class Belarusians.