Dianna Ortiz, Survivor and Witness of the Guatemalan Genocide (1958-2021)

I had seen too much: I was a witness, not only to torture but to the fact that an American was the boss of a Guatemalan torture squad. 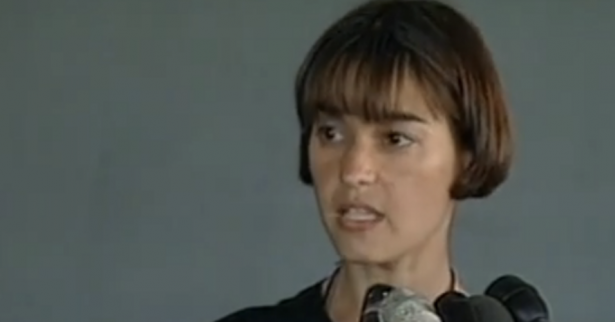 On February 19, 2021, American nun Dianna Ortiz passed away. Her testimony of torture and rape in 1989 showed to the world the brutality of the Guatemalan regime, and the support of experts in torture from the American government. Ortiz case situates the Guatemalan torture centers between 1980 and 1989 at the same level of ignominy as Nazi Germany between 1939 and 1944, or of the U.S. prison of Abu Ghraib, in Iraq, between 2002 and 2003.

Dianna Ortiz lived in Guatemala during a moment of escalating state violence between 1987 and 1989. Despite anonymous threats, she decided to continue her educational work among Maya-Akateko communities in the northwestern highlands. She was kidnapped by the Guatemalan police and military, who tortured and raped her on November 2, 1989. Ortiz managed to escape and denounced the hellish conditions in which thousands of Guatemalans died, with the complicity of the United States.

Life in the Guatemalan Highlands During the War

Dianna Ortíz was part of the Order of Saint Ursula. In 1987, at the age of 29, she was entrusted to travel to San Miguel Acatán, an Indigenous Mayan-Akateko municipality located in northwestern Guatemala. Just six years before, Acatán had been one of the first municipalities to suffer attacks by the Guatemalan army at the beginning of the genocidal campaigns. Since 1981, the villages of Chimbán and Coyá were bombed and invaded by infantry. The military believed both villages functioned as training centers for the Guerrilla Army of the Poor (EGP).

In Acatán, soldiers dismembered Antil Torol, a Maya spiritual leader of the Akateko communities. When I visited in 2011, people still remembered this Mamin or elder. According to the Commission for Historical Clarification (CEH, 1999), led by the United Nations, people from San Miguel Acatan suffered multiple kidnappings, tortures, and displacement.

Sister Ortíz arrived five years after these events. She worked on educational projects with survivors of the war. The Guatemalan army did not like the presence of foreign priests and nuns, capable of denouncing in their countries the rampant terror in the countryside. In his book Through a Glass Darkly, Thomas Melville reconstructs the life of a Maryknoll priest who witnessed the 1982 scorched-earth campaigns in Huehuetenango. The military believed Dianna Ortiz could help the rebels or denounce the government’s crimes. In 1988, the bishop of the province of Huehuetenango received letters threatening the work of the Ursulines and Dianna Ortiz.

Since then, Guatemalan State intelligence agents followed her, took photos, and sent multiple rape threats. In those years, the military regime considered enemies not only the armed insurgents, but also human rights organizations, religious networks, and families of the disappeared, such as the Group for Mutual Aid (GAM, Grupo de Apoyo Mutuo).

During the 1980s, the United States supported the military regimes in Guatemala and El Salvador. It had established military bases in Honduras and supported the Contras against the Sandinistas in Nicaragua. The main goal of Ronald Reagan’s administration was to defeat, both politically and militarily, the revolutionary movements in the Central American isthmus. Sister Dianna Ortiz arrived when the Guatemalan army wanted to destroy guerrilla-controlled territories. Two of these rebel territories were the Ixcán jungle and the Ixil Cuchumatanes, located east of San Miguel Acatán, where Ortiz worked on local education projects.

Despite the Guatemalan military offensives between September 1987 and April 1988, the Communities of Population in Resistance (CPR) managed to survive and consolidate their territories for the next 10 years in the department of Quiche. Meanwhile, state intelligence networks planned the kidnappings and executions of organized students, religious, and peasants who, they thought, could support the revolutionary movement. In her case for the Inter-American Court of Human Rights (1997), Ortiz spoke of anonymous threats beginning in 1988.

By then, the Guatemalan government focused on dismantling student organizations at the University of San Carlos. Between August and September 1989, the Guatemalan State kidnapped 10 students: Silvia Azurdia, Víctor Rodríguez, Iván González, Carlos Contreras, Aarón Ochoa, Hugo Gramajo, Mario de León, Carlos Cabrera, Carlos Chutá, Eduardo López, as Ruth del Valle documents. Many of them later appeared in the streets with cruel signs of torture. In this context, after multiple threatening letters, members of the police and the army kidnapped Dianna Ortiz on November 2, 1989 at a retreat center in Antigua Guatemala.

What Ortiz suffered marked a watershed in her life. In a conference held in 2007, Sister Ortiz remembers the day of her torture as the day of her death and resurrection. After escaping from her captors, a Maya Indigenous woman helped her in the streets of Guatemala City. In her 2007 speech, Ortiz portrays this Maya woman appearing to her as the Lady of Guadalupe.

Since 1989, Sister Dianna Ortiz denounced the role of her own government in the sinister counterinsurgency in Guatemala. She brought a case against General Héctor Gramajo, Minister of Defense in Guatemala between 1987 and 1990. By then, General Gramajo was pursuing a master’s degree at Harvard University. Ortiz won the case and Gramajo never again could re-enter U.S. territory. General Gramajo had been one of the strategists of the scorched-earth campaigns under the governments of Generals Romeo Lucas García and Efrain Ríos Montt, between 1981 and 1983.

For sectors close to the U.S. Embassy and the Guatemalan government, Sister Ortiz's denunciation sought to prevent further military aid to this Central American country. The Guatemalan military spread the slander that Ortiz was enmeshed in a crime of passion, the same version they used to diminish the political implications of Bishop Gerardi’s assassination in 1998 after publishing the Truth Commission (REMHI). Thomas F. Stroock, back then the U.S. ambassador in Guatemala, denied the participation of U.S. personnel in the torture chambers and blamed far-right paramilitaries for Ortiz's kidnapping.

Despite the smears, Dianna Ortiz played an important role in the declassification of part of the U.S. intelligence communications. Ortiz was the founder of the International Coalition for the Abolition of Torture and the Support of Survivors (TASSC). In 2002, together with Patricia Davis, she published the book The Blindfold's Eyes: My Journey from Torture to Truth. In 2005, following the publication of photographs at the Abu Ghraib torture center in Iraq, Dianna Ortiz played an important role opposing torture during the George Bush administration.

Ortiz's testimony contributes the following points to the historiography of the Guatemalan war. First, the collaboration between the United States and the Guatemalan State, not only in matters of finance, military instruction, and weapons, but of a whole school of torture. This international network of counterinsurgency has also been studied by Lesley Gill and Patrice McSherry  in Central and South America. Second, Ortiz's testimony included descriptions of death pits at the Old Polytechnic School. Similar practices were used at northern Quiche military bases, as described by witnesses to Jesuit anthropologist Ricardo Falla. More recently, the Guatemalan Forensic Anthropology Foundation found more than 500 bodies in another military base in Cobán, Alta Verapaz.Bishop Gerardi, who was murdered by the military, used to say that only through knowing what actually happened during the war can peace be achieved. Dianna Ortiz knew and suffered the underworld of torture in the Guatemalan genocide. She went down to Xibalbá, the reign of death and evil according to the Popol Wuj. She emerged from a terrible experience to open herself to life and, with that, to the memory of Indigenous and mestizo Guatemalans who died during the dictatorships. Through Ortiz’s words, we can embrace the memory of Silvia Azurdia and Victor Hugo Rodríguez, Guatemalan students who were tortured and died around the same time.  Dianna Ortiz bet everything on life and threw herself into the ocean of faith, from which she articulated the mystery of life beyond the face of death.

For this reason, amid the swamp of everyday, to assume history–in Guatemala, Kurdistan or Minneapolis– is to face the real meaning of knowledge in the world, which ceases to be that of an undifferentiated account of the passage of time to become the testimony and the decision to be willing to know. The task of historical knowledge, as it progresses, ceases to be that of the accumulator of bricks or books and becomes that of a warrior. Dianna launched herself into the void of meaning and, in its core, found something that turned her into a witness to an era. Along with survivors of El Mozote (1981) and San Francisco Nentón (1982) massacres, such as Rufina Amaya and Mateo Ramos Paiz, Dianna Ortiz became one with the poor Central Americans, making their wounds and hopes her own.

Sergio Palencia Frener is a sociologist and writer. He is a doctoral candidate in anthropology at The Graduate Center, CUNY. He works on history, conflict, and resistance in Mesoamerica, especially Guatemala.

The North American Congress on Latin America (NACLA) is an independent, nonprofit organization founded in 1966 that works toward a world in which the nations and peoples of Latin America and the Caribbean are free from oppression and injustice, and enjoy a relationship with the United States based on mutual respect, free from economic and political subordination. To that end, our mission is to provide information and analysis on the region, and on its complex and changing relationship with the United States, as tools for education and advocacy - to foster knowledge beyond borders.