How many Black people have to be killed by police before politicians realize that expensive reforms don’t work? Like so many Black Americans, Wright justifiably feared police interactions. The Black fear of police is grounded in provable police bias. 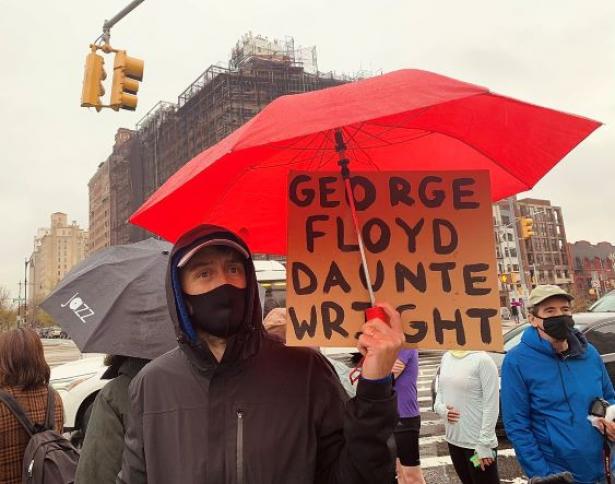 Three weeks into the Minneapolis trial of Derek Chauvin for the killing of George Floyd, a white police officer in the neighboring suburb of Brooklyn Center killed a young Black man named Daunte Wright and illustrated in tragic terms just how law enforcement remains engaged in a racist war on Black America in spite of national scrutiny. Officer Kimberly Potter, a 26-year veteran of her department, allegedly mistook her gun for her taser and fired a single shot, killing the 20-year-old while he struggled in his car in view of his girlfriend, who had been riding as a passenger.

Like so many Black Americans, Wright justifiably feared police interactions. His mentor Jonathan Mason said, “He was afraid police would do something like this to him.” Attorney Benjamin Crump, who has represented the families of countless police victims in civil lawsuits, said, “We don’t see these sort of things happening to white young people that we see happen over and over and over again to young marginalized minorities.”

According to Wright’s mother, he was pulled over in part because there was an air freshener hanging from his rearview mirror—yet another ludicrous pretext to add to the list of remarkably mundane reasons for why Black Americans invoke suspicion from police. The ACLU of Minnesota released a statement saying it has “deep concerns that police here appear to have used dangling air fresheners as an excuse for making a pretextual stop, something police do all too often to target Black people.”

Leave it to the Wall Street Journal to urge caution in rushing to judgment against the officer and instead accuse protesters of using the shooting as “an excuse for violence.” The paper rarely if ever expresses outrage over the countless racially tinged police killings in America.

Independent Black journalists like KingDemetrius Pendleton have been covering the Chauvin trial and the protests against Floyd’s killing for the past year and have a radically different view of the situation. In an interview, Pendleton explained to me that the killing of Floyd “was like a public lynching,” and then “to see Daunte Wright being killed in a similar fashion” was gut-wrenching for local residents. Pendleton hails from the very community that is deeply impacted by police violence in Minneapolis and routinely provides a platform for anti-police-brutality activists and family members of police victims.

Pendleton explained that it was ridiculous for us to expect young people to “calm down” in the face of state violence. After Wright’s killing, mass protests in Minneapolis and Brooklyn Center resulted in dozens of arrests as angry residents confronted police. “They’re tired of watching their young friends getting killed by police officers, and they know nothing is going to happen because nothing ever happens,” said Pendleton. It’s a familiar script that when protesters denounce police killings, there is a greater focus on their righteous rage than on the state violence they are decrying. Pendleton invoked Dr. Martin Luther King Jr.’s words, saying, “A riot is the language of the unheard.” “African American people don’t have therapists and all that. They just have to deal with the trauma,” said Pendleton.

Just as the Wall Street Journal’s comments focusing on protesters rather than the police killing were tone-deaf, so were Joe Biden’s calls for “peace and calm.” After Wright was killed, the president said, “There is absolutely no justification—none—for looting, no justification for violence.” He was not talking about actual violence by police, rather about potential violence from protesters.

If the calls for calm are louder than the calls for justice, then America’s message to Black people is to shut up and be killed. Congresswoman Rashida Tlaib (D-MI) was more forthright, tweeting that Wright’s killing was “government funded murder,” and that “Policing in our country is inherently & intentionally racist.”

More importantly, Tlaib articulated the solution to this state violence against Black people: “No more policing, incarceration, and militarization. It can’t be reformed,” she wrote. She was alluding to calls by Black Lives Matter activists to “Defund the Police,” based on the idea that the massive city budget expenditures on law enforcement are better served being spent directly on community services. Conservative and even liberal answers to the problem of police violence have been to throw more money at police, not less. Even after last year’s Black Lives Matter protests demanded that police budgets be slashed, most were still awarded increases relative to city services that directly help communities. Among the slew of police reforms that have promised an end to violence but delivered only more of the same were body cameras for officers.

In Wright’s case, Officer Potter’s body camera did nothing to deter her brutal reaction. What it did was showcase just how she ratcheted up the violence as police often do. Upon seeing the footage, Pendleton said it was clear to him that the African American officer who was in the process of arresting Wright was “handling him at first, and then you see this white woman come in and just grab him… and she basically escalated the whole situation.”

In the hours after Wright’s shooting, Brooklyn Center Police Chief Tim Gannon gave Officer Potter the benefit of the doubt, saying, “It is my belief that the officer had the intention to deploy their taser but instead shot Mr. Wright with a single bullet.” Law enforcement and their allies routinely justify police misconduct as understandable mistakes arising from the pressures of the job. Yet they blame the victims of police killings for not behaving calmly during the volatile circumstances of terrifying arrests by armed trigger-happy forces.

Both Potter and Gannon resigned two days after Wright’s killing, and in her terse resignation letter, Potter said it was “in the best interest of the community, the department, and my fellow officers if I resign immediately.” While immediate resignations in the wake of a police killing offer a modicum of progress compared to the inaction that most police killings are marked by, it is not enough. Wright’s aunt, Nyesha Wright, said at a press conference, “Prosecute them, like they would prosecute us.” Potter has now been charged with second-degree manslaughter.

So far only one Minneapolis-area police officer in recent memory has been prosecuted, convicted, and sentenced to more than a decade for a fatal shooting: Mohamed Noor, a Black, Somali American officer who accidentally shot a white Australian woman named Justine Ruszczyk, killing her. During Noor’s trial, his victim was deeply humanized, and the loss of her life was painted as the tragedy it deservedly was. Former officer Noor expressed deep remorse for what he did, saying, “I’ve thought and prayed about this for two years, since the time I took the life of Justine Ruszczyk.”

Contrast this to the lack of remorse shown by Chauvin and Potter for the lives of their Black victims. It remains to be seen if these two white officers will be held accountable for their actions. In the meantime, police will continue to kill, and politicians will continue to urge calm in the face of the carnage while rewarding police departments with more money under the guise of “reforms.”

[Sonali Kolhatkar is the founder, host and executive producer of “Rising Up With Sonali,” a television and radio show that airs on Free Speech TV and Pacifica stations. She is a writing fellow for the Economy for All project at the Independent Media Institute.]