Who's getting canceled? The disabled, critical race theory, and more reports from the cultural front 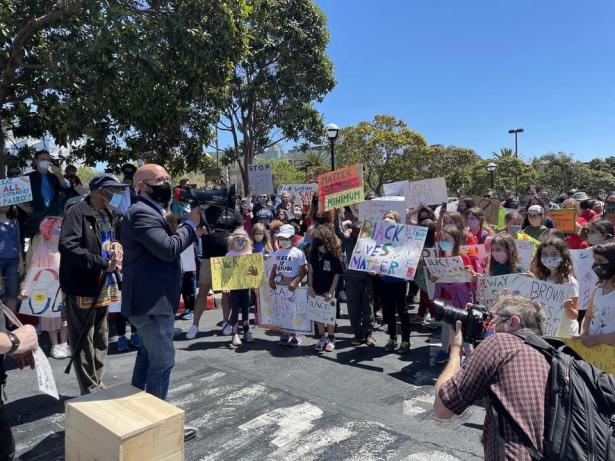 Schoolchildren in San Francisco confront the manager of a supermarket where one of their classmates was accused of shoplifting. Credit,Harvey Milk Civil Rights Academy via Facebook

By Helen Lewis
The Atlantic

The best way to see the firings, outings, and online denunciations grouped together as “cancel culture” is not through a social lens, but an economic one.

Over the past 15 years, a new genre of comics has developed in Sweden. Some of the works are neatly drawn autobiographies, others cut-and-paste, satirical collages. But what’s unique is that the genre is dominated by women, feminist and politically radical. This is the story of a cultural movement.

As Hollywood’s discriminatory practices are coming under increased scrutiny, Code of the Freaks gives much-needed voice to the myriad ways disabled people's lives are directly affected by recurring themes in mainstream movies.

By Jeff Burtka
The Guardian

Although lacrosse is a Native American game, its participants are primarily white. Then the Cass Tech girls team from Detroit stepped up.

Two books by Blake Bailey were taken out of print, after accusations that Bailey has had a long history of sexual misconduct and assault. The case has helped bring the struggle against sexual misconduct back into the cultural spotlight.

By Jacob Silverman
The New Republic

The War On Critical Race Theory

CRT functions for the right today primarily as an empty signifier for any talk of race and racism at all, a catch-all specter lumping together any suggestion that racial inequities in the United States are anything but fair outcomes, the result of choices made by equally positioned individuals in a free society.

Despite favourable coverage in the right-wing press, Laurence Fox lost his £10,000 deposit and received fewer votes than a YouTuber who pledged to reduce the price of Freddo candy bars.

In no area has the wool been pulled over the eyes of the modern American than in the area of our perpetual war machine. Our military budget, almost twice the size of the military expenditures of every other country on Earth, is treated as though to question it is to suggest that our safety and security do not matter.

Two security guards and supermarket staff accused 11-year-old Ja’Mari Oliver of stealing the sandwich and detained the Black youngster. A large crowd of students from his public school left the school grounds to go confront the store management.