Despite defeat in Alabama, workers are fighting to form and run unions at the tech giant on several fronts. 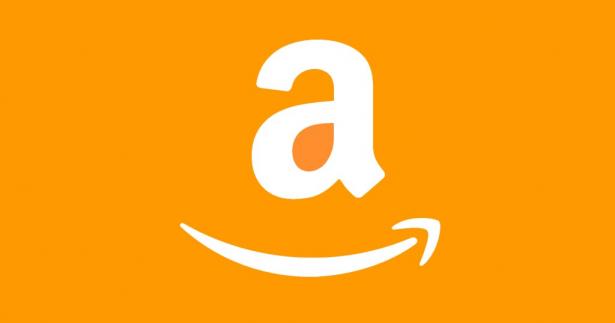 In the wake of a defeated attempt to unionize an Amazon warehouse in Alabama, workers are continuing to fight to form and run unions at the tech giant on several fronts.

In another Amazon warehouse, in Staten Island, New York, workers have started a fresh union organizing drive, while airline pilots working for Amazon are still in the midst of a five-year battle for a new union contract.

Chris Smalls worked at Amazon for nearly five years before he was terminated in March last year, after organizing a work stoppage and protests at the Staten Island facility against the company’s lack of safety protection for workers during the pandemic.

At the end of April, Smalls and other former and current Amazon employees at JFK8 warehouse began a union organizing drive. With a tent posted at a bus stop outside the warehouse, Smalls and other organizers are seeking to obtain union authorization cards from at least 30% of the warehouse workers to merit an election under the National Labor Relations Board to form an independent union, the Amazon Labor Union.

“When I do talk to workers, I tell them I was fired wrongfully because I tried to protect workers’ health and safety, and that can happen to you,” said Smalls. “You can complain or submit a grievance, and they could just terminate you or target you to be terminated, or retaliate against you. And there’s no protection, so the only way we’re going to be protected is by forming that union.”

Amazon has already responded to the union organizing drive, as workers there and at nearby delivery and sorting centers have reported receiving texts and emails encouraging workers not to sign the authorization cards, claiming doing so will limit choices for workers. Televisions in the warehouse and posters in bathrooms have displayed similar messages.

Smalls said workers have already started to be brought into meetings with management to be lectured on the union organizing drive.

“We’ve been getting signatures, and workers in New York have a different energy. So we’re optimistic that we can not only get to the election vote, but be successful this time around,” added Smalls.

As Amazon has aggressively opposed unionization efforts at its US warehouses, pilots who work for Amazon contractors are currently the only employees within the company’s network with union representation. But these workers are in the midst of fighting for a new union contract against what they characterize as anti-union opposition from Amazon and their airline contractor.

AdAbout 2,000 pilots for Amazon at contractor Atlas Air have been struggling since 2016 to negotiate a new union contract with their employer. The pilots say they have faced low pay, poor working conditions, and high attrition rates.

The pilots’ union, Teamsters Local 2750, claim the contractor has repeatedly bought out other airlines to force arbitration over the new union contract agreement.

Atlas Air’s primary clients are Amazon and DHL, though the union has noted many DHL shipments transported by the pilots are also Amazon fulfillment orders. The airline operates out of a hub in Cincinnati and often transports Amazon freight to warehouses around the US. Amazon is also an investor in Atlas Air.

Bob Kirchner, a Teamsters trustee and a retired Atlas Air pilot, said the airline announced the acquisition as soon as contract negotiations began in 2016, and declined different proposals from the union to negotiate the contract outside of arbitration. Most recently, Kirchner noted the airline has used reply briefs to continue delaying a contract arbitration ruling with the National Mediation Board.

“They just keep pushing this down the road,” said Kirchner. “The very day we started negotiating they announced the purchase of Southern Air, and they said we are going to amalgamate this and so basically, arbitration was at the end of it. There was no chance for any kind of meaningful negotiation if the company didn’t want it.”

He criticized how Atlas Air had approached negotiations with the union, as profits for the company have soared during the pandemic from an operating loss in 2019 to a profit of over $360m in 2020. The airline received $407m in Cares Act funds and declined requests from the South Carolina congressman Jim Clyburn to return the funds.

Atlas Air insists it has acted in good faith.

A pilot for Atlas Air who requested to remain anonymous said the airline has suffered high attrition rates of pilots before the pandemic, but due to coronavirus shutting down passenger airlines and the surge in demand of Amazon’s business, Atlas Air experienced a surge in hiring demand and profits. But the pilot said Atlas Air had yet to negotiate a contract with the union.

“Our struggle is about getting a fair deal: having the company come to the table negotiating, running the company in a responsible manner, updating our work rules so we know what’s expected of us and we don’t have to worry about being antagonized or disciplined under a punitive environment,” he said.

Amazon did not respond to multiple requests for comment. In May 2019, an Amazon spokesperson blamed both sides for contract negotiation issues.

Atlas Air blamed the union for the contract negotiation delays, as the union has argued they attempted to push back against forced arbitration.

“We have been clear and consistent about wanting a new joint collective bargaining agreement for our pilots and have worked to expedite the process,” said a spokesperson for Atlas Air.

“As we work towards a new contract that increases pay for our pilots, there has been much misinformation spread by union leaders in an attempt to gain leverage in contract negotiations.”