Why We Must Prevent the U.S. From Launching a Hybrid War Against China

The U.S. is continuing its attempts to maintain its status as a global power at all costs, rather than accepting the development of other nations as a positive form of progress for the international community. 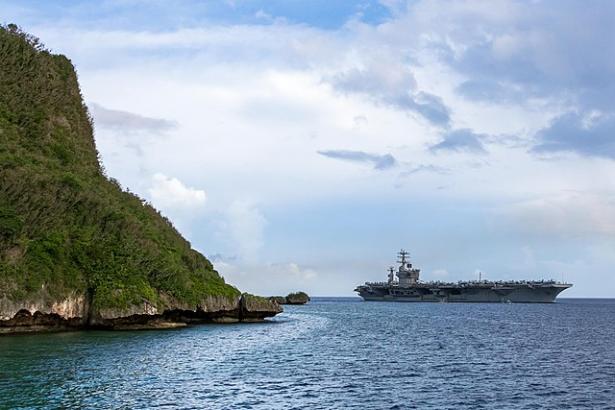 U.S. President Joe Biden’s budget proposal for the next fiscal year was recently announced, and it requests $715 billion for his first Pentagon budget, 1.6 percent more than the $704 billion enacted under Trump’s administration. The outline states that the primary justification for this increase in military spending is to counter the threat of China, and identifies China as the U.S.’s “top challenge.”

Within the proposal is an endorsement of U.S. Indo-Pacific Command head Admiral Philip Davidson’s request for $4.7 billion for the “Pacific Deterrence Initiative,” which will increase U.S. military capabilities in Guam and the surrounding region. The Indo-Pacific Command is also requesting $27 billion in additional spending between 2022 and 2027 to build a network of precision-strike missiles along the islands surrounding Beijing.

The U.S.’s unilateral aggression toward China—in the hybrid form of economic, legal, information, and military warfare—is particularly dangerous today because there is bipartisan consensus in Washington on these policies. And while the anti-China stance may seem like a recent phenomenon to some, the consolidation of a U.S. national security policy that singles out a rising China as a target for “containment” in order to maintain U.S. dominance abroad has been long in the making.

After the fall of the Soviet Union in 1989, the U.S. had no further political need to cooperate or engage with China to counterbalance the Soviet Union. Led by Andrew Marshall, a member of RAND and the top adviser to 12 secretaries of defense, the Pentagon’s military supremacy policy (or “full-spectrum dominance,” as the Department of Defense calls it) since then has gradually shifted focus from deterring the Soviet Union to containing an emerging China. In 1992, neoconservatives drafted the Defense Planning Guidance (DPG) document, or the “Wolfowitz Doctrine,” which announced the U.S. as the world’s only remaining superpower following the collapse of the Soviet Union and proclaimed the prevention of “the re-emergence of a new rival” as its main objective. While this document was dismissed for its hubris upon leaking, scholar and journalist K.J. Noh explains that its ideas were not discarded and were later converted into the 2000 “Rebuilding America’s Defenses” document by the Project for the New American Century (PNAC).

Along with its focus on stated enemy nations like Russia, North Korea, Iran, and Iraq, “Rebuilding America’s Defenses” explicitly stated that, “with Europe now generally at peace, the new strategic center of concern appears to be shifting to East Asia. The missions for America’s armed forces have not diminished so much as shifted,” and that “raising U.S. military strength in East Asia is the key to coping with the rise of China to great-power status.”

So when Hillary Clinton announced the U.S.’s “Pivot to Asia” in Foreign Policy magazine in 2011, although she emphasized the positive rebalance and opportunity the Asia-Pacific region presented for the U.S. economy, behind the scenes she was adhering to PNAC’s defense strategy as the intellectual justification for the transference of 60 percent of U.S. naval capacity to the Asia-Pacific region, including the encircling of China with 400 U.S. military bases with invasive radar and missile systems.

Today the U.S. is launching a full-scale multi-pronged new Cold War on China and is relying on the same threat inflation strategies that foreign policy architect Andrew Marshall and his hawkish neoconservative protégés began nearly three decades ago. From this progression, it is clear that the Biden administration’s stated reasons for escalating war and hostility with China—that the Chinese government is a dangerous aggressor and that the U.S. must maintain a robust defensive posture in response—belie the U.S.’s historical and ongoing imperialist motivations in its involvement in the Asia-Pacific region. Just as the 1992 “Wolfowitz Doctrine” explicitly defined itself as a “blueprint for maintaining global U.S. pre-eminence,” President Biden vowed in his first formal press conference on March 25 that he would not let China surpass the U.S. as a global leader. “China has an overall goal… to become the leading country in the world, the wealthiest country in the world, and the most powerful country in the world,” he told reporters at the White House. “That’s not going to happen on my watch because the United States is going to continue to grow.”

Upon closer examination, the notion that China is the aggressor and the U.S. is maintaining a purely defensive military posture does not align with the facts.

For example, the U.S. spends about three times more on its military than China does. The U.S. has more than 800 overseas bases compared with China’s three; 400 of these 800 U.S. military bases are encircling China’s borders. The U.S. Indo-Pacific Command has been conducting extensive military exercises, including missile test flights, with regularity. As Fareed Zakaria recently described for the Washington Post, the U.S. has nearly 20 times the number of nuclear warheads as China, has twice the tonnage of warships at sea, and has over 130,000 troops stationed in the Indo-Pacific. The People’s Liberation Army of China has also not waged a full-scale war outside its borders in more than 40 years since the Vietnam War, while the U.S. has engaged in combat in over 66 other nations since 1979.

Importantly, China maintains a no-first-use policy on the use of nuclear weapons, and has even publicly called on nuclear weapon states to create and join a multilateral Treaty on Mutual No-First-Use of Nuclear Weapons; the U.S. does not maintain a no-first-use policy. In fact, since the 2002 Nuclear Posture Review, the U.S. has explicitly prepared for nuclear war with China, threatening “intolerable damage” in response to “non-nuclear or nuclear aggression.”

The U.S. is continuing its attempts to maintain its status as a global power at all costs, rather than accepting the development of other nations as a positive form of progress for the international community. Instead of provoking a new Cold War, the U.S. should be cooperating with China, whose administration has reiterated its willingness to maintain bilateral respect and non-confrontational relations, on pressing crises and humanitarian concerns like climate change mitigation, global poverty, and equitable worldwide vaccine distribution.

Madison Tang is the campaign manager of China Is Not Our Enemy at CODEPINK.

Jodie Evans is the co-founder of CODEPINK and 826LA.