June 24, 2021 Robin Washington Forward
Printer friendly
What Really Happened on Juneteenth — And Why It’s Time for Supremacists and Their Sympathizers to Surrender Published June 24, 2021 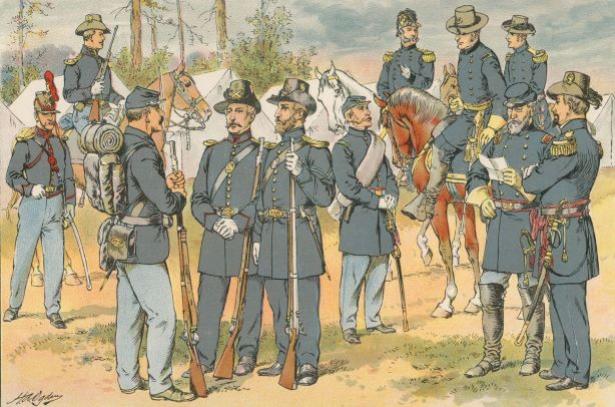 If you saw my column about Juneteenth posted here over the last few days, or a previous version on the website of Be’chol Lashon several years ago, or a video version currently presented by Be’chol Lashon, you would know I had bittersweet feelings about the history of the day.

I no longer do. I am outraged by it.

My change in emotion comes after learning from historian friends that the oft-repeated tale of Union soldiers arriving in Galveston, Texas, on June 19, 1865 to inform enslaved African Americans that they were free is pure fiction. Not because they weren’t legally freed 2-½ months earlier when Confederate Gen. Robert E. Lee surrendered at Appomattox. Or technically freed 2-1/2 years before when President Lincoln issued the Emancipation Proclamation, declaring slavery null and void in areas under rebellion, very much including Texas.

Rather, I now know, the big lie is the incessantly repeated canard that Galveston’s po’ ignant Black folks didn’t know they was free, and that U.S. Major Gen. Gordon Granger had to read a proclamation to spell it out for them.

In fact, they most certainly did know.

“We knowed what was goin’ on in [the war] all the time,” Felix Haywood, who was enslaved in Texas, is recorded as saying in an account by historian Gregory P. Downs.

Haywood was in no way an anomaly, but representative of the majority of the enslaved populace, Downs asserts. He further quotes Haywood saying, “We all felt like heroes and nobody had made us that way but ourselves.”

If Galveston’s Blacks already knew they were free, obviously so too did their slaveholders, who nonetheless kept them in bondage — not by cunning or deceit or ignorance, but by the brute force and tactics of dehumanizing torture they had been using for 200 years.

Gen. Granger didn’t bring liberation by words on a scroll but by troops with fixed bayonets.

From a Jewish perspective, this changes the analogy, popularized in so-many intergroup Juneteenth celebrations, from the Exodus from Egypt to the liberation of Dachau — only with the Nazis still trying to work the inmates to death.

And if this paradigm shift from the popular narrative isn’t explicit enough, it gets even worse when you learn that June 19 wasn’t the magical day that ended American slavery once and for all, either.

“In October 1865, months after the June orders, white Texans in some regions ‘still claim and control [slaves] as property, and in two or three instances recently bought and sold them,’” Downs writes, citing historical records. “To sustain slavery, some planters systematically murdered rebellious African-Americans to try to frighten the rest into submission,” he continued, citing a report by the Texas constitutional convention stating white Texans killed almost 400 Black people between 1865 and 1868.

On the outside chance that Down’s 2015 essay may have been superseded by new historical research, I spoke with him this week. It hasn’t been, he said, reiterating; “It’s not that Gen. Granger was giving information to the enslaved people. He was giving it to the masters” — at the barrel of a gun.

That better explains another aspect of the discomfort I had with Juneteenth — the holiday’s name, which suggests Black English tinged with a slave mind that wouldn’t know what day it was settled on June somethin’.

While the vernacular never bothered me, I now know that what I thought was symbolic of my ancestors’ supposed uncertainty was in fact an accurate description of a precise liberation day that never came.

None of this is to say that African Americans, or all Americans, shouldn’t celebrate the well-intentioned holiday to Black freedom just created. But if you’re still clutching to any vestige of the popular myth, consider that well before Lee’s surrender, with the Confederacy clearly losing the war, slaveholders from throughout the South relocated their human property to Texas in advance of Union troops to preserve slavery for as long as they could.

Sound familiar? Like the forced marches out of the death camps in 1945?

All this picks up where my historical knowledge gets more complete, with the disputed presidential election of 1876. The deal ultimately worked out named Republican Rutherford B. Hayes president in exchange for removing federal troops from the still-unreconstructed South.

If that military presence sounded benign, consider it analogous to UN Peacekeeping forces in places like Rwanda, who weren’t dispatched for the niceties of promoting civility, but to keep one side from committing genocide against another.

And that’s exactly what happened after 1876, with the turnback of Reconstruction, the imposition of Jim Crow, and the mob rule of the Klan and the lynch mob for the next 80 years.

Or really, to the present day, with Black voter suppression alive and well by the descendants of those slaveholders and their sympathizers, and the latest nonsensical assault on truth — the banning of critical race theory in schools.

Reports show a good number of those advocating the ban don’t even know what critical race theory is. For them, I’ll explain: It’s called teaching what actually happened, and what didn’t. And what happened in Galveston on June 19, 1865, is that Gen. Granger arrived to forcibly liberate Black people from intransigent slaveholders who everyone knew were free.

That’s the true history of Juneteenth — along with a message that somehow has eluded the South and their white supremacist inheritors today:

[Robin Washington, an acclaimed veteran journalist from Minnesota, is the Forward’s Editor-at-Large. A longtime senior editor, columnist, radio host and documentarian across mainstream and ethnic media, he was one of the founders of the Alliance of Black Jews and early pioneer of the term, “Jew of color” more than two decades ago. Contact him at rwashington@forward.com or follow him on Twitter @robinbirk. ]