The much tougher task for the committee will be investigating what Trump and his minions did in the months, weeks, days, and even hours leading up to the assault and what actions Trump and his aides took (or didn’t take) during the seditious riot. 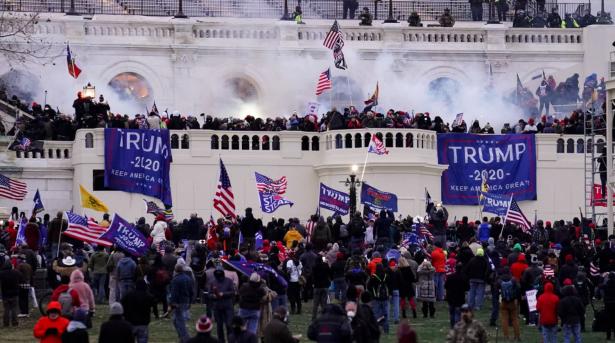 On Tuesday morning, the House select committee investigating the insurrectionist January 6 assault on the US Capitol launched its hearings. The panel—which the House Republican caucus boycotted—opened with law enforcement officers who were attacked by the pro-Trump crowd of white supremacists, neo-Nazis, Christian nationalists, QAnoners, and other extremists. The point: to counter Donald Trump and his cult’s whitewashing disinformation that the 1/6 gathering, as Trump had put it, was a “loving” assembly. This part of the committee’s mission is not that hard. It need only replay the thousands of videos from that horrific day—or the disturbing collection produced by the New York Times— to disprove the GOP BS that the rioters acted like tourists and did little wrong. And Rep. Bennie Thompson (D-Miss.), the chair of the committee, at the beginning of the hearing cued up a compilation of harrowing footage from the attack. The police witnesses watched with haunted gazes.

The much tougher task for the committee will be investigating what Trump and his minions did in the months, weeks, days, and even hours leading up to the assault and what actions Trump and his aides took (or didn’t take) during the seditious riot. These are key elements of the inquiry, and this is the part of the story that Trump and his henchmen do not want to be probed and publicized. Moreover, most of the witnesses to these behind-the-scenes truths are Trump devotees. It was no surprise that the GOP has tried to thwart a 1/6 investigation. A thorough probe would place many prominent Republicans, including members of Trump’s inner circle and his family, in an inconvenient position by demanding from them testimony that would likely not cast Trump in a positive light.

It’s unclear at this point whether the committee will pursue such testimony and how top Trump loyalists will respond if called to appear before the committee. A battle royale could be in the making, testing congressional power. Here’s a partial list of GOPers who ought to be hauled in by the 1/6 select committee. No doubt, its investigators will find others who should be questioned. But as this roster shows, the committee is starting out with a clear and extensive roadmap.

[David Corn is Mother Jones' Washington bureau chief and an on-air analyst for MSNBC. He is the co-author (with Michael Isikoff) of Russian Roulette: The Inside Story of Putin’s War on America and the Election of Donald Trump. He is the author of three New York Times bestsellers, Showdown, Hubris (with Isikoff), and The Lies of George W. Bush, as well as the e-book, 47 Percent: Uncovering the Romney Video that Rocked the 2012 Election. For more of his stories, click here. He's also on Twitter and Facebook.]