Sixty Years After The Berlin Wall

The German media, always happy about another juicy anniversary, has for days been marking the date, sixty years ago, when the “Berlin Wall” was constructed - August 13 1961 – proof that the ”real-socialist” system in East Germany was a failure. 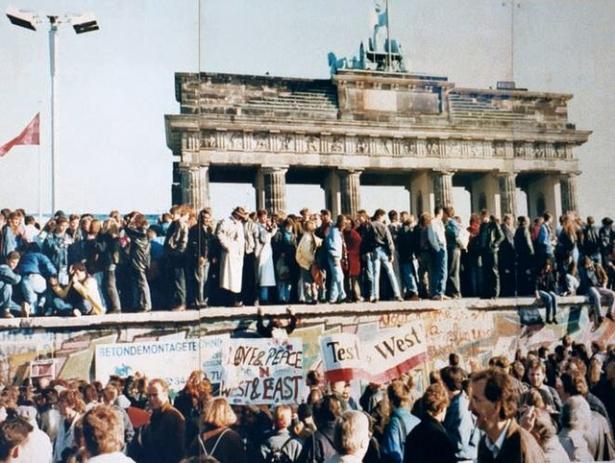 This tenet, it seems, cannot be repeated too often.

The West German view of East Germany was supported by almost the entire US media and still gets occasional boosters , decades later, by well-made but extremely distorting films like “The Life of Others”. But the story is not quite so simple, as I personally, a leftist ex-pat fleeing from McCarthyite pressures, experienced, almost from beginning to end of the “German Democratic Republic” or GDR.

This small state, less than a third of Germany, far weaker in industry, almost lacking any valuable natural resources, paid over 90% of war reparations and obtained neither any MarshallPlan aid nor the economic power of the giant German monopolies and cartels tolerated and rebuilt after 1945, often in cahoots with traditional US partners.

Indeed, it had thrown out the Bayer and BASF heirs of the notorious IG Farben chemical giant which built up Hitler (and Auschwitz), also the Siemens, Krupp, Daimler-Benz, and Mannesmanoctupi which profited from the conquest of most of Europe. It was this ouster by the Red Army and those Communists and leftists who had survived in exile, resistance or in prisons and concentration camps, which made the GDR the target of unceasing attacks starting from Day One. They aimed at cutting the East from any economic, diplomatic, cultural or other exchange with the western world and included a system of sabotage and subversion.

A major proportion of managers, engineers, professors and scientists, having supported the Nazis, went west from the start to elude the Red Army. A main West German policy then was to lure away the remainder and the newly-trained generation of specialists in everything  from making steel to removing appendices or bad teeth. The main lure was the higher standard of living and the privileged status of upper class persons, in a rejection of the GDR’srelative egalitarian customs. And, try as it could, the GDR could not match the supply of modern luxury goods, the changing fashions or the supply of cheap foodstuffs from the colonies and ex-colonies in the south, from top quality, often child-picked coffee,  cocoa, textiles and shoe ware, or tropical fruit symbolized by bananas, a symbolically missing item in the GDR.

This constant, very costly drainage was worsened by a series of mistakes and tough habits arrived at in years of perilous battle against the Nazis, also caused by pressures from the Soviets but above all by the constant unrelenting pressure from the West.  The Wall was a desperate attempt to end further hemorrhaging and prevent collapse and quite possibly chaos and armed conflict. PresidentKennedy is quoted as saying: “A wall is a hell of a lot better than a war!”

Despite its final defeat by a far stronger rival, I think it worth noting what this 40-year experiment accomplished, basically by preventing profits from going into billionaires' pockets, using them instead for the good of all citizens. Coming, as I did, from the USA, I was impressed by the achievements, started up even in the difficult early years – and maintained until the very end. Looking back, I still am.

When my first son was born, in 1956, my wife received fully-paid leave, before and after delivery, fourteen weeks in all. At the birth of our second son, in 1962, paid maternal leave was up to six baby months (and if desired six more months, unpaid, but with job guarantee). The birth brought a large support sum paid in installments, with two payments only after pre-natal doctor’s visits, two payments after post-natal medical checkups also of the baby and with the main sum paid after the birth. Young couples received a 5000 mark loan, free of interest, and with sharply reduced repayment amounts with each child. But also birth control aids and abortions on demand were all free. Men and women got the same pay for the same jobs, with special support for women’s training to get higher skilled jobs.

Child care was free, while summer camps for children and two-week vacations at lakes, mountains or the  seashore for the family were almost free. All education up to postgraduate level was not just free but aided by a monthly stipend, not exorbitant but enough to cover room and board. One moderate tax, taken from wages and salaries, covered all medical care, from bunions and toothache to cancer and Parkinson’s, which meant that every visit to the doctor or dentist, every prescription drug, every trip to a four-week recuperation spa was accomplished without opening a wallet. Even some funeral charges were included.

Two items were most important; except for extreme misdemeanor you could not be fired; no-one feared joblessness. Even when closing a mine or factory was unavoidable, every employee was guaranteed another job, after new training if necessary. And evictions were prohibited by law. Even after the lengthiest non-payment of rent (usually about 10% of wages), no-one could be expelled from their home until another abode was found for them. So no-one had to sleep in the streets or a “shelter”.

Food “pantries”,handouts for the needy, were unknown. Wages and salaries differed and sometimes required tight budgeting but with rent, transportation and staple foods so low, most people had money to spend, demand was always much higher  than supply, causing some lining up for rarities. This meant that there was always something to get angry about, always a commodity you wished for and couldn’t find. But everyone was guaranteed a home and one daily, inexpensive hot meal. No-one – and no-one’s children - ever went hungry.

Basically, it was to defend these accomplishments against angry attacks from the “biggies” who had been thrown out that the Berlin Wall was built. The battle was lost – in 1990.But I think it wise to appraise the Berlin Wall in less than the one-dimensional light so obviously preferred by so many. There are those, it seems,  who still have fear of contradictory – and uncomfortable  recollections.

[Victor Grossman (born in New York City, 1928) is an American journalist who deserted the US Army in 1952 under McCarthy-era pressure by swimming across the Danube River to the Soviet Zone of Austria. He has lived in East Berlin ever since. A Socialist Defector: From Harvard to Karl-Marx-Allee was published by Monthly Review Press.  His other books include a history in German of the Spanish Civil War, Madrid du Wunderbare, and his English-language autobiography, Crossing the River (University of Massachusetts Press).]