It’s time the U.S. had a health care system that operates as a public good, free from the demands of profit-making. 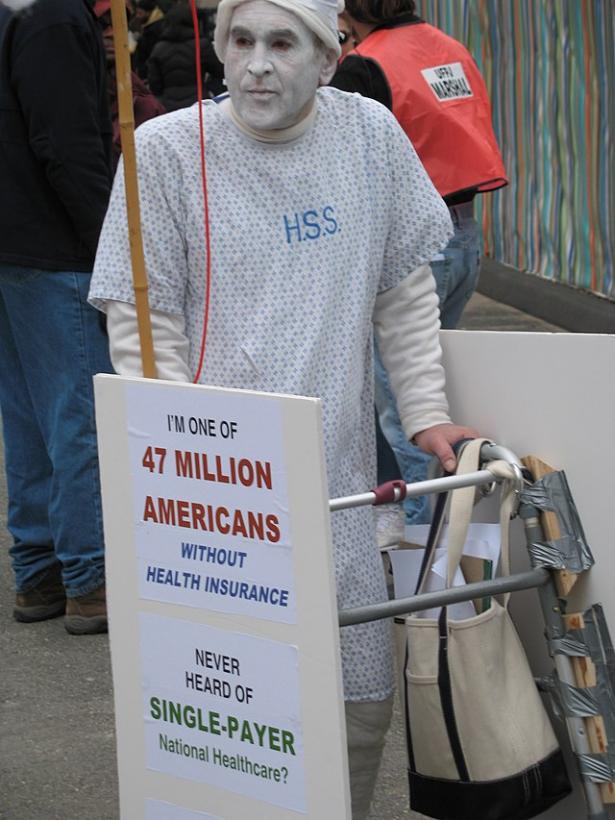 Right now, there are essentially two approaches to improving our health care system. Either we expand the Affordable Care Act, or we expand Medicare. So far, President Joe Biden has pushed for the former with his administration’s expansion of insurance subsidies in the American Rescue Plan. Neither approach, however, will get us to what we need if the privatization of Medicare and Medicaid continues unchecked.

The threat is real. Private health insurance companies, hospitals and pharmaceuticals care about one thing: making more money. Since the creation of Medicare and Medicaid in 1965, these companies have worked diligently to privatize what are ostensibly public goods.

Medicare and Medicaid were created to provide health care to the elderly and poor in our country. It was designed as a public good financed and administered by the government, and as such, was a landmark expansion of our understanding of what our government could do for us.

But over the years, private interests have encroached on that early promise, turning what was once a public good into another profit-making opportunity for the health care industry. Their first big breakthrough was when former President George W. Bush passed the Medicare Advantage program (also known as Medicare Part C) in 2003. Suddenly, millions of elderly Americans — and the billions of dollars that the government was spending on their care — were now available to private companies.

By offering coverage that traditional Medicare did not, such as for nursing home and long-term care, plus hearing, vision and dental care, companies were able to increase profits by signing up elderly Americans and getting both government money to pay for the care, plus the extra premiums that Medicare Advantage charged. What had once been administered as a purely public, not-for-profit program by the government has now become an increasingly corporate-controlled system. In 2020, 42 percent of Medicare beneficiaries were enrolled in a Medicare Advantage program.

The same pattern has played out with Medicaid. In the place of Medicare Advantage programs, we now have Medicaid Managed Care Organizations (MCOs). Here, states give blocks of money to private, for-profit organizations to provide coverage to Medicaid beneficiaries. With the passage of the Affordable Care Act in 2010, Medicaid was expanded to all adults with incomes up to 133 percent of the federal poverty level in states that didn’t opt out. By 2018, 69 percent of Medicaid beneficiaries were enrolled in MCOs.

With the privatization of Medicare and Medicaid, the government has ceded decisions over who gets care and for what to private companies whose driving interest is increasing their bottom line.

With the privatization of Medicare and Medicaid, the government has ceded decisions over who gets care and for what to private companies whose driving interest is increasing their bottom line. This inevitably leads to narrowed networks, refusal of care and curtailed benefits. Meanwhile, the government is paying for both the health care of its elderly and poor — and covering whatever profits health insurance companies can skim off the top.

Meanwhile, health insurance companies know that Medicare for All is an increasingly popular policy. In theory, this could wipe out their very existence. Instead, they are trying to dismantle Medicare and Medicaid piece by piece, and turn a public good into another cash cow for the industry.

The immediate solutions are not complicated. First, we can eliminate Medicare Advantage programs and MCOs. Furthermore, we can stop underfunding Medicaid; fill in the gaps in Medicare, so that the elderly can get hearing, vision and dental care; close Medicaid coverage gaps; and allow Medicare to bargain down drug prices. Finally, we can lower the Medicare eligibility age and create a public option. Ultimately, though, all Americans should be able to get the health care they need, free of narrow networks, cost barriers and a system that incentivizes denial of care.

When Americans push for Medicare for All, they must also push back against the insurance industry’s relentless infiltration of Medicare and Medicaid, or we will be back where we started — health care meted out by private corporations, always looking at their bottom line.

Old-school muckraking and authentic journalism are disappearing every day — and Truthout simply can’t survive without your support. Will you help us keep this platform for independent news alive by making a tax-deductible donation? Donate Now

Philippa Rizopoulos is a fellow at Partners for Dignity & Rights, where she works on their New Social Contract project.