Some say the NLRB’s forthcoming rulings could even serve as a backdoor for enacting provisions included in Democrats’ Protecting the Right to Organize Act. 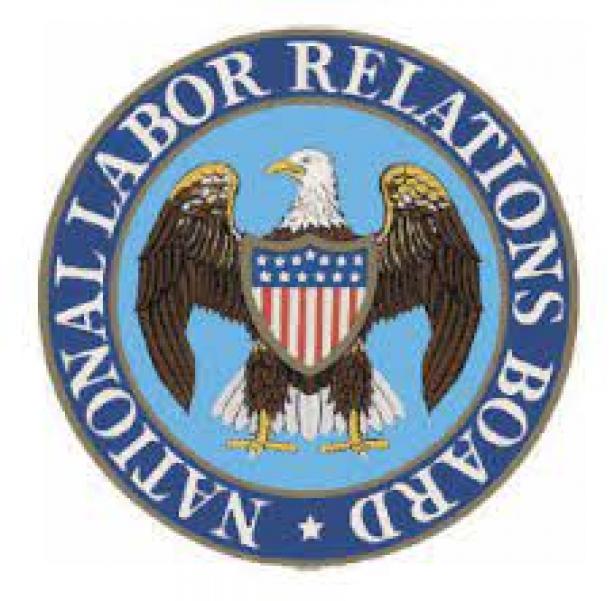 A new Democratic majority at the National Labor Relations Board is poised to carry out sweeping policy changes in the coming months that could dramatically shift the balance of power toward workers and away from employers.

Among the most significant moves are likely to be increasing the number of people who qualify as employees instead of independent contractors so they can receive benefits, expanding protections for employees who speak out on the job, and cracking down on businesses that try to thwart union elections, according to NLRB officials, labor experts and employment attorneys.

The actions would be a sharp turnabout from a trend of labor policy favoring employers and would fulfill a key campaign pledge by President Joe Biden to enhance worker protections and power. They're also bound to spark a backlash from businesses.

“From the employers’ standpoint, we're in for a very, very challenging time — frankly, even more challenging than under” the Obama administration, said attorney Michael Lotito, who represents businesses for law firm Littler Mendelson. “We're not dealing with rookies. We have individuals who know what they want to accomplish” and “have been given a directive as to what to accomplish.”

Some analysts say the agency’s expected rulings could even serve as a backdoor for enacting provisions included in Democrats’ Protecting the Right to Organize Act, the filibuster-stalled bill that would vastly expand workers’ ability to join unions in potentially the most important overhaul of U.S. labor law since the 1940s.

Lotito predicts that employers will go to court against the agency for acting outside its jurisdiction. “This board is going to test, significantly, the envelope,” he said. “The appellate practice emanating out of board decisions is going to explode.”

The NLRB, responsible for implementing the National Labor Relations Act, is an independent agency that operates outside of White House control. But Biden — a self-described union man who made organized labor a key focus of his campaign — lost no time in installing pro-union appointees to help deliver on his plan to resuscitate declining union membership.

“That is an indication of the sense of importance that the NLRB would play in his administration,” Ifedapo Adeleye, a professor at Georgetown University, said. “It’s a very big signal about the change of direction.”

The week of his inauguration, Biden forced out two Trump-era NLRB counsels — the first time in more than 70 years a president has exercised that power — and installed Democrat Lauren McFerran as chair. He nominated Obama alum Jennifer Abruzzo as general counsel the following month and two additional Democratic members not long after.

All of Biden’s nominees are former union lawyers who have represented the likes of SEIU and the Communications Workers of America. Abruzzo also served as deputy general counsel during President Barack Obama's administration, a role in which she helped oversee decisions that one study estimated overturned more than 4,500 years of precedent.

Though the NLRB can't make any statutory changes, it can issue rulings that affect the law's implementation. Many unions have been wary of bringing cases before the board in past years, fearing the ramifications of a Republican majority. But with friendly faces in power, they're likely to resume.

“They’ve got allies,” Sean Redmond, the U.S. Chamber of Commerce’s executive director of labor policy, said. “There’s not nearly as much to worry about from their standpoint.”

Abruzzo sent a memo in August, laying out her priorities for the next few years by directing regional offices to hotline specific cases. As the agency’s top cop, she has a strong hand in choosing which cases come before the board.

Taken together, the issues she outlined signify a broad effort to roll back the Trump-era agency’s pro-employer efforts and tilt the balance of power back toward workers.

High on the list is what Abruzzo describes in her memo as “employee status,” or cases that deal with independent contractors. The PRO Act would extend the right to collective bargaining to gig workers by using the so-called ABC test — a three-prong set of standards employers must meet if they want to classify a worker as an independent contractor — to define them as employees under the NLRA. Experts say the NLRB is likely to use its rulings to similarly include such workers, which could affect gig economy giants like Lyft and Uber.

The Trump board took “an excessively narrow approach to defining an independent contractor that is inconsistent with both the common law and the goals of the Act,” McFerran told POLITICO in June. “I certainly think the law as it is written now should correctly be read far more broadly in a variety of ways.”

Abruzzo also called on regional offices to send up cases dealing with protected activity: actions that employees can take without fear of retribution from their employer. The issue has already garnered attention; in August, the board heard a case charging that Google violated the National Labor Relations Act when it fired multiple employees who circulated a petition calling on the company to stop doing business with ICE, the immigration agency, among other things. The same month, an NLRB official filed a complaint against Home Depot alleging it broke the law by penalizing an employee wearing a Black Lives Matter shirt.

Under President Donald Trump, the NLRB “very narrowly defined the scope of protected activity and limited the channels employees can use to engage in such activity,” McFerran said in June. "The law is intended to be read much more broadly in its coverage and to broadly protect workers' ability to come together and engage in self-advocacy.”

Abruzzo also told regional directors to submit any cases dealing with “employee handbook rules,” which employers interpret as a return to an Obama-era tendency to scrutinize those documents in search of potential NLRA violations.

During the Obama administration, regional directors “would go to the employee handbook and just scour through the handbook ... and use that as a pretense to take some sort of enforcement action," said Redmond of the Chamber of Commerce. "We can expect to see it again.”

One of the most significant areas for the board to focus its attention on is so-called Gissel bargaining orders. The board ruled in 1969 that if an employer is found to commit labor practices that prevent a free and fair election from being held — in that case, Gissel Packing — the agency can order the employer to recognize the union. Abruzzo directed regional offices to get advice on all cases seeking a Gissel bargaining order.

The PRO Act would also empower workers to form a union by signing authorization cards, slips of paper indicating that the employee wants to be represented by a union.

Still, experts say there are significant limits to the NLRB's power, given that it cannot alter statutory law and that all its rulings could be repealed by the next Republican majority.

“They can’t undo right-to-work laws; they can’t undo secondary boycott laws,” said Wilma Liebman, who chaired the NLRB under Obama. “So many of the things the PRO Act calls for are totally out of the ability of the board.”

If Democrats hope to permanently change U.S. labor law, they will probably have to pass the PRO Act.

The NLRB is “no substitute for legislative change,” said Rep. Andy Levin (D-Mich.), a key member of the House Education and Labor Committee. “The back-and-forth doesn't lead to lasting change.”