The War on Terror Was Corrupt From the Start

The war in Afghanistan wasn’t a failure. It was a massive success — for those who made a fortune off it. Instead of a nation, what we really built were more than 500 military bases — and the personal fortunes of the people who supplied them. 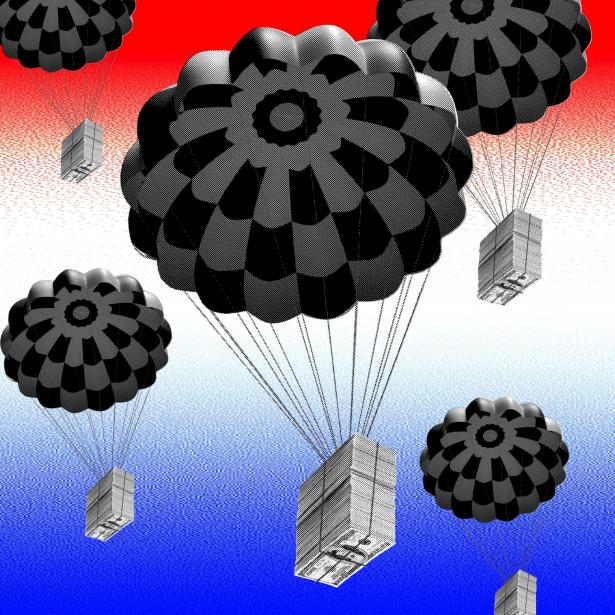 Consider the case of Hikmatullah Shadman, who was just a teenager when American Special Forces rolled into Kandahar on the heels of Sept. 11. They hired him as an interpreter, paying him up to $1,500 a month — 20 times the salary of a local police officer, according to a profile of him in The New Yorker. By his late 20s, he owned a trucking company that supplied U.S. military bases, earning him more than $160 million.

If a small fry like Shadman could get so rich off the war on terror, imagine how much Gul Agha Sherzai, a big-time warlord-turned-governor, has raked in since he helped the C.I.A. run the Taliban out of town. His large extended family supplied everything from gravel to furniture to the military base in Kandahar. His brother controlled the airport. Nobody knows how much he is worth, but it is clearly hundreds of millions — enough for him to talk about a $40,000 shopping spree in Germany as if he were spending pocket change.

Look under the hood of the “good war,” and this is what you see. Afghanistan was supposed to be an honorable war to neutralize terrorists and rescue girls from the Taliban. It was supposed to be a war that we woulda coulda shoulda won, had it not been for the distraction of Iraq and the hopeless corruption of the Afghan government. But let’s get real. Corruption wasn’t a design flaw in the war. It was a design feature. We didn’t topple the Taliban. We paid warlords bags of cash to do it.

As the nation-building project got underway, those warlords were transformed into governors, generals and members of Parliament, and the cash payments kept flowing.

“Westerners often scratched their heads at the persistent lack of capacity in Afghan governing institutions,” Sarah Chayes, a former special assistant to U.S. military leaders in Kandahar, wrote recently in Foreign Affairs. “But the sophisticated networks controlling those institutions never intended to govern. Their objective was self-enrichment. And at that task, they proved spectacularly successful.”

Instead of a nation, what we really built were more than 500 military bases — and the personal fortunes of the people who supplied them. That had always been the deal.

In April 2002, Defense Secretary Donald Rumsfeld dictated a top-secret memo ordering aides to come up with “a plan for how we are going to deal with each of these warlords — who is going to get money from whom, on what basis, in exchange for what, what is the quid pro quo, etc.,” according to The Washington Post.

The war proved enormously lucrative for many Americans and Europeans, too. One 2008 study estimated that some 40 percent of the money allocated to Afghanistan went back to donor countries in corporate profits and consultant salaries. Only about 12 percent of U.S. reconstruction assistance given to Afghanistan between 2002 and 2021 actually went to the Afghan government. Much of the rest went to companies like the Louis Berger Group, a New Jersey-based construction firm that got a $1.4 billion contract to build schools, clinics and roads. Even after it got caught bribing officials and systematically overbilling taxpayers, the contracts kept coming.

“It’s a bugbear of mine that Afghan corruption is so frequently cited as an explanation (as well as an excuse) for Western failure in Afghanistan,” Jonathan Goodhand, a professor in conflict and development studies at SOAS University of London, wrote me in an email. Americans “point the finger at Afghans, whilst ignoring their role in both fueling and benefiting from the patronage pump.”

Who won the war on terror? American defense contractors, many of which were politically connected companies that had donated to George W. Bush’s presidential campaign, according to the Center for Public Integrity, a nonprofit that has been tracking spending in a series of reports called the Windfalls of War. One firm hired to help advise Iraqi ministries had a single employee: the husband of a deputy assistant secretary of defense.

For Mr. Bush and his friends, the wars in Iraq and Afghanistan achieved a great deal. He got a chance to play a tough guy on TV. He became a wartime president, which helped him win re-election. By the time people figured out that the war in Iraq had been waged on false pretenses and the war in Afghanistan had no honorable exit plan, it was too late.

What stands out about the war in Afghanistan is the way that it became the Afghan economy. At least Iraq had oil. In Afghanistan, the war dwarfed every other economic activity, apart from the opium trade.

Over two decades, the U.S. government spent $145 billion on reconstruction and aid and an additional $837 billion on war fighting, in a country where the G.D.P. hovered between $4 billion and $20 billion per year.

Economic growth has risen and fallen with the number of foreign troops in the country. It soared during President Barack Obama’s surge in 2009, only to plummet with the drawdown two years later.

Imagine what ordinary Afghans might have done if they had been able to use that money for long-term projects planned and executed at their own pace. But alas, policymakers in Washington rushed to push cash out the door, since money spent was one of the few metrics of success.

The money was meant to buy security, bridges and power plants to win hearts and minds. But the surreal amounts of cash poisoned the country instead, embittering those who didn’t have access to it and setting off rivalries among those who did.

“The money spent was far more than Afghanistan could absorb,” concluded the special inspector general for Afghanistan reconstruction’s final report. “The basic assumption was that corruption was created by individual Afghans and that donor interventions were the solution. It would take years for the United States to realize that it was fueling corruption with its excessive spending and lack of oversight.”

The result was a fantasy economy that operated more like a casino or a Ponzi scheme than a country. Why build a factory or plant crops when you can get fabulously wealthy selling whatever the Americans want to buy? Why fight the Taliban when you could just pay them not to attack?

The money fueled the revolving door of war, enriching the very militants that it was meant to fight, whose attacks then justified new rounds of spending.

A forensic accountant who served on a military task force that analyzed $106 billion worth of Pentagon contracts estimated that 40 percent of the money ended up in the pockets of “insurgents, criminal syndicates or corrupt Afghan officials,” according to The Washington Post.

Social scientists have a name for countries that are so reliant on unearned income from outsiders: rentier states. It is usually used for oil-producing countries, but Afghanistan now stands out as an extreme example.

A report by Kate Clark of the Afghanistan Analysts Network outlined how Afghanistan’s rentier economy undermined efforts to build a democracy. Since money flowed from foreigners instead of taxes, leaders were responsive to donors rather than their own citizens.

I knew the war in Afghanistan had gone off the rails the day I had lunch in Kabul with a European consultant who got paid a lot of money to write reports about Afghan corruption. He’d just arrived, but he already had a lot of ideas about what needed to be done — including ridding the Afghan civil service of pay scales based on seniority. I suspect that he never could have gotten an idea like that passed in his own country. But in Kabul, he had a shot at getting his ideas adopted. To him, Afghanistan wasn’t a failure, but a place to shine.

None of this is to say that the Afghan people don’t deserve support, even now. They do. But far more can be achieved by spending far less in a more thoughtful way.

What does the Taliban takeover say about the war? It proves that you cannot buy an army. You can only rent one for a while. Once the money spigot turned off, how many stuck around to fight for our vision of Afghanistan? Not Gul Agha Sherzai, the warlord-turned-governor. He has reportedly pledged allegiance to the Taliban.

[Farah Stockman is a member of The New York Times editorial board, which she joined in 2020. For four years, she was a reporter for The Times, covering politics, social movements and race. She previously worked at The Boston Globe, where she won a Pulitzer Prize for commentary in 2016. @fstockman]