How Much Water Do You Actually Need?

“Stay hydrated” has become a new version of the old salutation, “Stay well.” Here’s how to know when you truly need to hydrate. 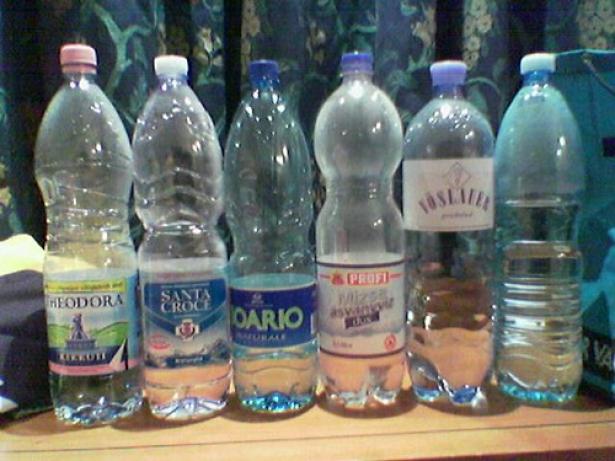 The purported benefits of excess water consumption are seemingly endless, from improved memory and mental health to increased energy to better complexion. “Stay hydrated” has become a new version of the old salutation, “Stay well.”

this is to remind you all to drink water!! some of you may forget but it’s important to stay hydrated, so that’s why i’m here :]

But what, exactly, does “stay hydrated” mean? “When lay people discuss dehydration, they mean loss of any fluids,” said Dr. Joel Topf, a nephrologist and assistant clinical professor of medicine at Oakland University in Michigan.

But that interpretation “has been completely blown out of proportion,” said Kelly Anne Hyndman, a kidney function researcher at the University of Alabama at Birmingham. Staying hydrated is definitely important, she said, but the idea that the simple act of drinking more water will make people healthier isn’t true. Nor is it correct that most people are walking around chronically dehydrated or that we should be drinking water all day long.

From a medical standpoint, Dr. Topf added, the most important measure of hydration is the balance between electrolytes like sodium and water in the body. And you don’t need to chug glass after glass of water throughout the day to maintain it.

How much water do I really need to drink?

We’ve all been taught that eight 8-ounce glasses of water per day is the magic number for everyone, but that notion is a myth, said Tamara Hew-Butler, an exercise and sports scientist at Wayne State University.

Sign up for the Well newsletter, for Times subscribers only.  Essential news on health, fitness and nutrition, from Tara Parker-Pope. Get it in your inbox.

Unique factors like body size, outdoor temperature and how hard you’re breathing and sweating will determine how much you need, she said. A 200-pound person who just hiked 10 miles in the heat will obviously need to drink more water than a 120-pound office manager who spent the day in a temperature-controlled building.

The amount of water you need in a day will also depend on your health. Someone with a medical condition like heart failure or kidney stones may require a different amount than someone taking diuretic drugs, for example. Or you may need to alter your intake if you’ve been ill, with vomiting or diarrhea.

For most young, healthy people, the best way to stay hydrated is simply to drink when you’re thirsty, Dr. Topf said. (Those who are older, in their 70s and 80s, may need to pay more attention to getting sufficient fluids because the thirst sensation can decrease with age.)

And despite popular belief, don’t rely on urine color to accurately indicate your hydration status, Dr. Hew-Butler said. Yes, it’s possible that dark yellow or amber urine could mean that you’re dehydrated, but there’s no solid science to suggest that the color, alone, should prompt a drink.

Do I have to drink water to stay hydrated?

Not necessarily. From a purely nutritional standpoint, water is a better choice than less healthy options like sugary sodas or fruit juices. But when it comes to hydration, any beverage can add water to your system, Dr. Hew-Butler said.

One popular notion is that drinking beverages with caffeine or alcohol will dehydrate you, but if that’s true, the effect is negligible, Dr. Topf said. A 2016 randomized controlled trial of 72 men, for instance, concluded that the hydrating effects of water, lager, coffee and tea were nearly identical.

You can also get water from what you eat. Fluid-rich foods and meals like fruits, vegetables, soups and sauces all contribute to water intake. Additionally, the chemical process of metabolizing food produces water as a byproduct, which adds to your intake too, Dr. Topf said.

Do I need to worry about electrolytes?

Some sports drink ads might have you think you need to constantly be replenishing electrolytes to keep their levels in check, but there’s no scientific reason for most healthy people to drink beverages with electrolytes added, Dr. Hew-Butler said.

Electrolytes like sodium, potassium, chloride and magnesium are electrically charged minerals that are present in the body’s fluids (like the blood and urine) and are important for balancing the water in your body. They’re also essential for proper functioning of the nerves, muscles, brain and heart.

When you become dehydrated, the concentration of electrolytes in your blood rises, and the body signals the release of the hormone vasopressin, which ultimately reduces the amount of water that’s released into the urine so that you can reabsorb it back into your body and get that balance back in check, Dr. Hyndman said.

Unless you’re in an unusual circumstance — doing very intense exercise in the heat or losing lots of fluids from vomiting or diarrhea — you don’t need to replenish electrolytes with sports drinks or other products loaded with them. Most people get enough electrolytes from food, Dr. Hew-Butler said.

But drinking more water, even when I’m not thirsty, will improve my health, right?

No. Of course, people with certain conditions, like kidney stones or the more rare autosomal dominant polycystic kidney disease, may benefit from making an effort to drink a little more water than their thirst would tell them to, Dr. Topf said.

But in reality, most healthy people who blame feeling ill on being dehydrated may actually be feeling off because they’re drinking too much water, Dr. Hyndman speculated. “Maybe they’ll get a headache or they’ll feel bad, they’re thinking, ‘Oh, I’m dehydrated I need to drink more,’ and they keep drinking more and more and more water, and they keep feeling worse and worse and worse.”

If you drink at a rate beyond what your kidneys can excrete, the electrolytes in your blood can become too diluted and, in the mildest case, it could make you feel “off.” In the most extreme case, drinking an excessive amount of water in a short period of time could lead to a condition called hyponatremia, or “water intoxication.” “This is very scary and bad,” Dr. Hyndman said. If the sodium levels in your blood get too low, it can cause brain swelling and neurological issues like seizures, coma or even death.

The condition has become common enough among exercisers that when someone collapses during a race, responders are trained to consider hyponatremia, Dr. Topf said. Though developing severe hyponatremia is rare for most healthy people.

How do I know if I’m hydrated enough?

Your body will tell you. The notion that staying hydrated requires complex calculations and instantaneous adjusting to avoid dire health consequences is just bunk, the experts said. And one of the best things you can do is to stop overthinking it.

Instead, the best advice for staying hydrated, Dr. Topf said, is also the simplest: Drink when you’re thirsty. It really is that easy.

Christie Aschwanden is a writer based in western Colorado and the author of “Good to Go: What the Athlete in All of Us Can Learn from the Strange Science of Recovery.”