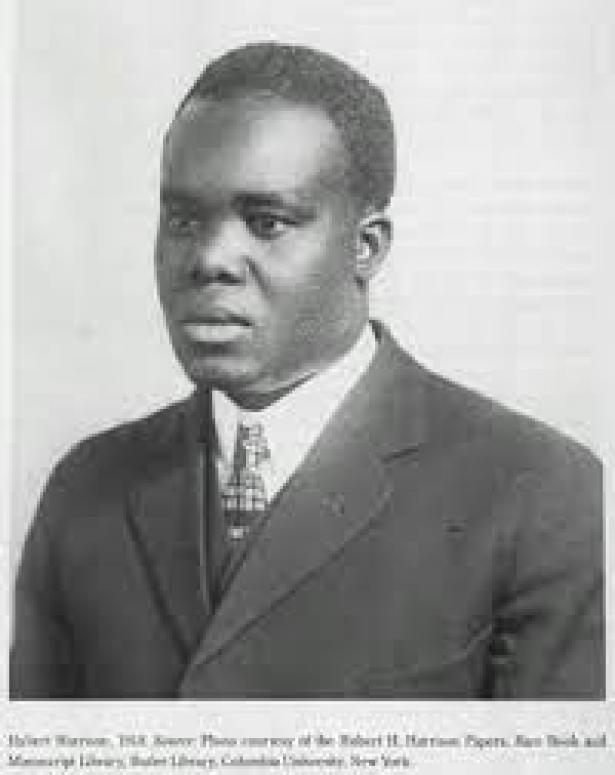 The second volume of the biography of the educator, orator, political activist and writer Hubert H. Harrison is a significant contribution to the study of the roots of the Black radical tradition that emerged in the early 20th century.

The first volume, “Hubert Harrison: The Voice of Harlem Radicalism, 1883-1918” (Columbia University Press, 2008), explored Harrison’s work and eventual disillusionment as the leading Black organizer and theoretician in the Socialist Party of America from 1912 to 1914. That volume also focused on his founding of the Liberty League and The Voice, the first newspaper of the race-conscious and internationalist New Negro Movement.

The new book, divided into four parts, examines the last nine-and-half years of Harrison’s life, a period that included his resurrection of the Harlem-based The Voice and his work as a managing editor, associate editor and columnist of Marcus Garvey’s Negro World, soapbox orator, lecturer at the New York Public Library, political activist and independent writer.

His extensive writings during these years covered white supremacy, imperialism, race consciousness, radical internationalism and demands for social change. During the period examined by the book, the immigrant from the Virgin Islands often struggled with poverty.

The exhaustive, 988-page second volume is based on countless primary and secondary sources that include Harrison’s community talks, scrapbooks and articles, as well as his diary, police and FBI reports, and newspaper reports. While very compelling, painstakingly researched and an authoritative and labor of love (Perry preserved and inventoried the Hubert H. Harrison papers now at Columbia University’s Rare Book and Manuscript Library and is the editor of “A Hubert Harrison Reader,” Wesleyan University Press, 2001), we should nevertheless point out that the book would have benefited from a skilled editorial haircut of citations from his writings and other documents to improve its accessibility and readability.

“Hubert Harrison: The Struggle for Equality, 1918-1927” begins with a discussion of Harrison’s political activities in Harlem, Washington, D.C. and Virginia and his work at The Voice, the official organ of the Liberty League, which he had founded in 1917. The Liberty League and its newspaper campaigned against racial discrimination, police brutality and government surveillance.

Significantly, Harrison used the pages of The Voice to criticize W.E.B. Du Bois for his “Close Ranks” editorial in The Crisis. The editorial called upon Blacks to “forget our special grievances and close our ranks, shoulder to shoulder with our white fellow-citizens and the allied nations that are fighting for democracy” during World War I.

“It is felt by all his critics, that Du Bois, of all Negroes, knows best that our ‘special grievances’… consist of lynching, segregation and disfranchisement, and the Negroes of America can not preserve either their lives, their manhood or their vote (which is their political life and liberties) with these things in existence,” Harrison wrote. “The doctor’s critics feel that America can not use the Negro people to any good effect unless they have life, liberty and manhood assured and guaranteed to them. Therefore, instead of the war for democracy making these things less necessary, it makes them more so.”

Harrison pointed out that Du Bois wrote the editorial as he applied for a position in military intelligence, the branch of government that monitored the Black and radical communities. “The “Close Ranks” editorial sparked criticism of Du Bois’ leadership in the Black community, and 20 years later, Du Bois acknowledged it was mistaken, Perry notes. With his editorial, Harrison thrust himself into the center of the “Close Ranks” controversy that questioned Du Bois’ leadership and strengthened his position as the spokesperson of the New Negro Movement. Harrison also criticized Du Bois for his support of the “Talented Tenth” black leadership, which Harrison regarded as elitist and believed limited the political power of the black community by discouraging the development of grassroots leaders.

The biography’s second part includes a fascinating  and detailed look at Harrison’s work at the Negro World, the newspaper of Marcus Garvey’s Universal Negro Improvement Association. Harrison’s tenure as the principal editor of the newspaper gave him a unique perch from which to observe the financial corruption that resulted in Garvey’s disgraced leadership and eventual conviction for mail fraud.

Harrison began working for the Negro World in January 1920. While there, Harrison helped broaden Garvey’s political perspective, Perry shows, and turned the newspaper into the leading race-conscious publication in the country with wide-ranging articles that covered international and domestic issues and included literary reviews.

Drawing from personal diary entries, Perry explains how Harrison become disillusioned with Garvey and finally decided to break with him. Politically, Harrison believed that Garvey’s Africanist internationalist agenda was misguided and drained the energy from Blacks’ struggle for advancement in the United States.

The biography’s third part covers the years 1922-24. During this period, Harrison worked as a grassroots educator and an independent writer. He contributed frequently to the Boston Chronicle.

Part 4 covers 1924-27. His work as a public intellectual during this period include a lecture series on “World Problems of Race.” His major political activity involved establishing the International Colored Unity League and its publication The Voice of the Negro.

The historian Joel A. Rogers described Harrison as “perhaps the foremost Afro-American intellect of his time.” Labor and civil rights activist A. Philip Randolph referred to him as “the father of Harlem radicalism.”

Indeed, through his membership in the Socialist Party, involvement in the Universal Negro Improvement Association, and work as a public intellectual, writer, popular educator and orator Harrison stood at the center of early 20th century pan-Africanist, socialist and nationalist thought.

Yet today he doesn’t enjoy widespread recognition. Perry blames the lack of recognition in part on a bias against immigrants, academic elitism, a reaction against his outspokenness and willingness to confront leftist leaders and black establishment figures like Booker T. Washington and Du Bois, and his radical positions on race and class. (Washington used his “Tuskegee Machine” to make Harrison lose his job at the U.S. Postal Service. Harrison criticized Washington for his ties to the Republican Party and insistence that blacks should rely on individual economic achievement rather than political engagement for advancing.)

Perry argues persuasively argues that Harrison stands at the intersection between the labor and civil rights movement of Randolph and Martin Luther King Jr. and the race and the nationalist Black liberation movement represented by Garvey and Malcolm X.

Together with the first volume of his biography, Perry’s “Hubert Harrison: The Struggle for Equality, 1918-1927” outlines with great detail and analysis Harrison’s contributions to the radical tradition in African-American history. Harrison’s powerful work demands greater attention and study.

The New Crossroads focuses on the political economy of the United States. We present observations on political, economic and social issues relevant to working families.

Our hope is to contribute to the conversation about the direction of the country during a period of profound transformation. We regard our site as a resource for people who are interested in politics; economics, labor and culture, and we encourage readers to circulate our material.