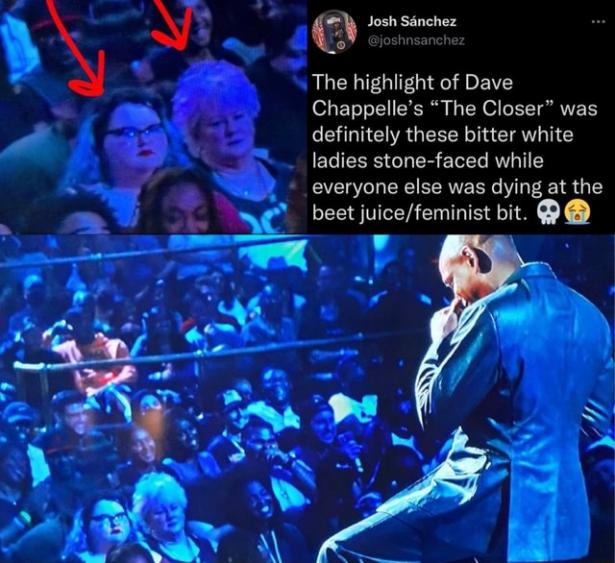 “Now, I am not saying that to say trans women aren’t women, I am just saying... That’s not blood, that’s beet juice.” Credit,iFunny

Back in 2012, Maria Ressa and several colleagues took to Facebook to use “social media for good.” Nearly 10 years and a Nobel Peace Prize later, Ressa worries that Facebook and other platforms have become pay-to-play “behavior modification systems” that threaten democracy.

In a cryptic scene, the lead protagonist witnesses his fellow competitors turning on each other in a violent free-for-all.  This traumatic event drives him into a trance. The casual viewer is likely unaware that these trance visions portray a real-life event in Korean history—the 2009 SsangYong Motors strike.

Oops! Fox News Did It Again

“Christopher Columbus, by the way, is the first victim of cancel culture,” a Fox News commentator complained, accusing Native Americans as being “just as brutal” as Columbus and other colonizers.

Chappelle’s humor is more openly transphobic than ever. Many trans viewers feel Chappelle’s comedy has escalated into overt hate — and they’ve been voicing their complaints directly to Netflix.

The Internet — How Did It Go So Wrong?

By Richard Seymour
The New Statesman

The World Wide Web celebrates its 30th birthday this year. Its users are less empowered than ever.

By Jamie Louko
The Motley Fool

Social media has become a pillar of activism, aligning heavily with social justice, for its unique ability to share information instantly — and in high definition video — along with its potential to drive change. However, that change is largely dependent on the willingness of those in power to take action in the real, not virtual, world.

Leftists are staking their claim in the martial arts world — and one of the most unique spaces they’ve carved out is the Southpaw podcast.

Diversity is not just about replacing white male faces with female, Black, and brown ones, but rather assuring that questions and issues of interest to those constituencies are part of national discussions on current affairs.